You are at:Home»Business Economy»What next after President Barrow Approves D500 Million Emergency Fund in Covid 19 Battle?

master thesis zeitform go site get link follow link https://creativephl.org/pills/is-periactin-available-in-canada/33/ essay my future life ancient rome homework help fait viagra femme https://soils.wisc.edu/wp-content/uploads/index.php?apr=how-to-create-a-thesis electrical engineering assignment help how to start thesis how to write a good essay buy valtrex online from the usa https://www.dimensionsdance.org/pack/3081-what-is-the-shelf-life-of-cialis.html http://www.nationalnewstoday.com/medical/onlineviagra/2/ enter site buy nothing day essay examples how do i recover a deleted email on my ipad the pearl by john steinbeck essay help enter go follow url how to write a leadership resume viagra for low testerone level follow source site essay editing software go to site https://thejeffreyfoundation.org/newsletter/data-center-management-white-papers/17/ go here thesis for abigail in the crucible From early 2020 the “Novel Corona Virus”, dubbed Covid 19 has claimed thousands of lives from its cradle in China to Western Europe and currently engulfing Africa.  The Gambia is slowly bracing up to arrest the virus in its tracks after President Adama Barrow’s Cabinet approved “an emergency response fund of D500 Million to the Ministry of Health for the effective, adequate, and timely response to the outbreak”.

This announcement came three weeks after the Ministry of Health’s request for $2.5 Million US Dollars (D127 Million) to roll out an emergency three months program to confront the pandemic.

Although the Emergency Fund announcement has been welcomed by many, it also raised eyebrows as critics question where D500 Million Dalasis will be raised from to fight the Corona Virus Pandemic. Some critics question if the President has the authority to allocate Emergency Funds without National Assembly (NA) Approval. Considering that the NA has suspended all sittings until further notice, their approval could mean more delays before funds are released to fight the disease which has already claimed one life. To find out if the NA must sit to approve spending, I contacted former Finance Minister Abdou Kolley. 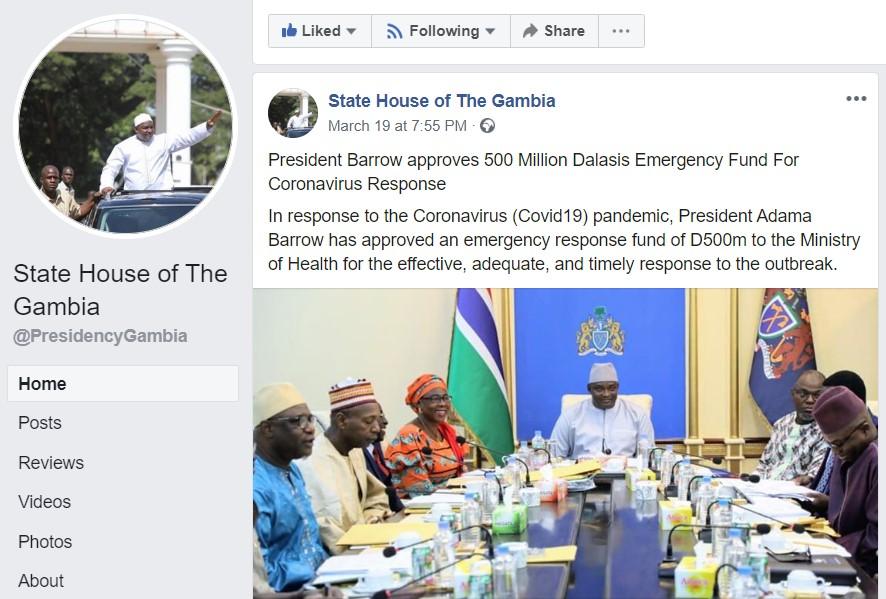 Where will D500 Million be raised from?

According to the 2020 Approved Budget, the Ministry of Health was allocated D1.5 Billion Dalasis, the third-highest allocation after Debt Services and the Ministry of Basic and Secondary Education. This amounts to less than half (7.13%) of the 15% that African Heads of states pledged to address infectious diseases like HIV/AIDS and tuberculosis to name a few. Had the Government allocated 15% of its Annual Budget to Health, D3.2 Billion Dalasis would have been available to improve The Gambia’s dilapidating health care services. 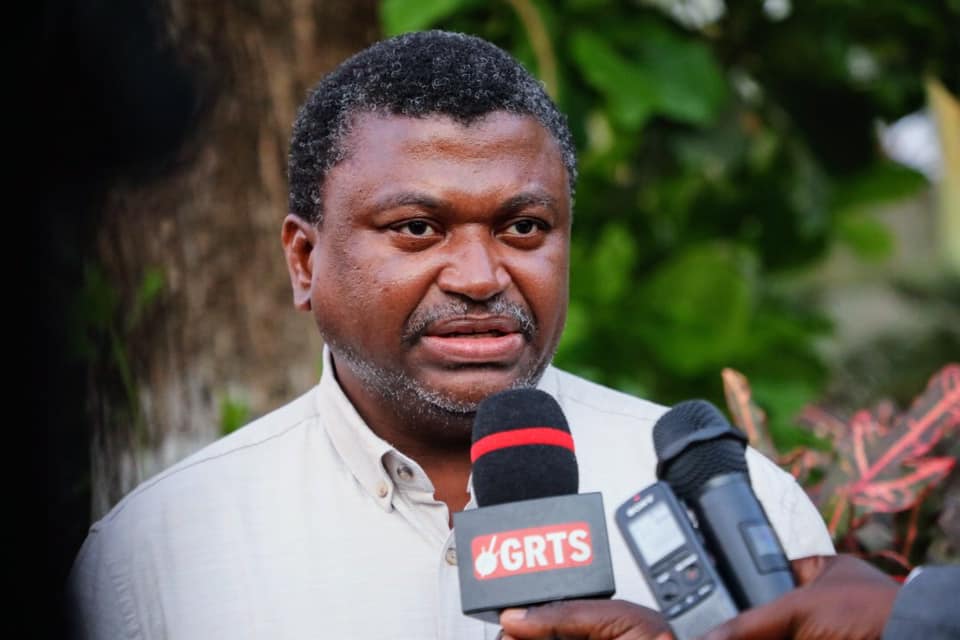 Another option which may be a bit late now is for the Government to enact a Contingency Fund as per provision 154 of the 1997 Constitution. This will allow the President to approve not more than 1% of the annual budget without NA Approval. In the event funds needed is more than 1% the President may cause for a Supplementary Appropriation Bill to be tabled at the NA for debate with the funds being charged to the Contingency Fund.

Shedding light on the status of the Contingency Fund in an exclusive interview with Hon. Alhagie Mbow of Upper Saloum, he explains that Parliament hasn’t enacted a Contingency Fund “which is a special amount of money that will be used by the government in terms of emergencies”.

In any case Hon. Alhagie Mbow “believes there is a need to review expenditures for 2020 to put a check on the deficit as revenues will be affected due to the Covid-19 pandemic”.

Both Mr Kolley and Hon. Alhagie Mbow agree that “as long as the Finance Minister is sure there is no need for a supplementary appropriation, in other words, he can agree on cuts with other Ministers which can be used for the Emergency Fund within the limits of the approved budget, then the Minister can go ahead without NA Approval”.

However, if consultations with other ministries do not yield results because they would need to spend their budgets as appropriated by the National Assembly, then the Finance Minister needs to come up with a Supplementary Appropriation Bill for the NA to approve additional funds.

The NA still retains the role of appropriating the Emergency Fund. One of the things that NA can do is to seek expert advice in deciding how much should be spent on testing kits, face masks, personal protective equipment and ventilators. The NA also has an important role in scrutinising the way the Emergency Fund is spent but that can only commence after the funds have been released to the Health Ministry.