President Adama Barrow’s National People’s Party (NPP) has claimed a landslide double victory in its first two elections for a vacant National Assembly seat in Niamina West and a vacant Councillor seat in Kerr Jarga Ward. This was after the Gambia Democratic Congress (GDC) and United Democratic Party (UDP) failed to defeat the NPP in its maiden elections.

Soon after casting his vote at Sambang Fula polling station, GDC’s Yerro Jallow told the media that “Niamina West is a GDC stronghold we’ve been winning all elections in here. We have two parties in here the GDC and the UDP. So, the UDP leaning their support to GDC really, that’s gonna be hard to [put]down.”

“Victory is mine today,” said Mr Sowe soon after voting at the same polling station that his only opponent, Mr Jallow cast his vote. Mr Sowe looked a bit nervous as he clutched on to Seedy SK Njie. Responding to journalist enquiry on what made him believe victory was his today he said that “the Niamina people are rallying behind me 100%. The Niamina people are showing that they are indeed with his excellency the President Adama Barrow and his agenda that’s the NDP. They are behind the NPP Party to see that we take this country to the highest level.” 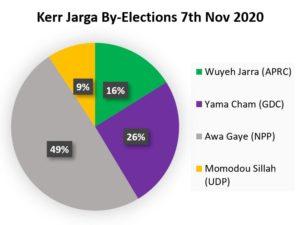 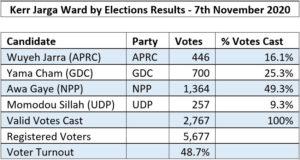 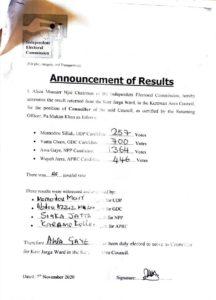 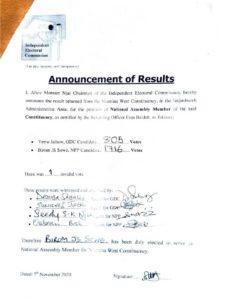