After the conclusion of the voter’s registration, the IEC Chairperson, Alieu Momarr Njai was quoted on the media indicating that over 3,000 duplicated voters’ cards were on the voter’s list by early August 2021.

At first many thought that the multiple registers were by people who intentionally registered at multiple constituencies to rig the vote. However, the Commission’s Chief Elections Officer, Mr Sambujang Njie informed the media and Civil Society Advocates that some of the multiple registrations were actually mistakes made by their own staff during a meeting on Tuesday 14th September 2021.

Many were of the belief that after the courts had ruled in favour of Civil Society Advocates against the Commission and the Mayor of Banjul on the unlawful authorisation of the latter to issue Attestation Forms, a significant number of voters could be removed from Banjul. However, the IEC informed the media and CSOs that the revising courts would not seat as no challenge has been received through the appeals process. 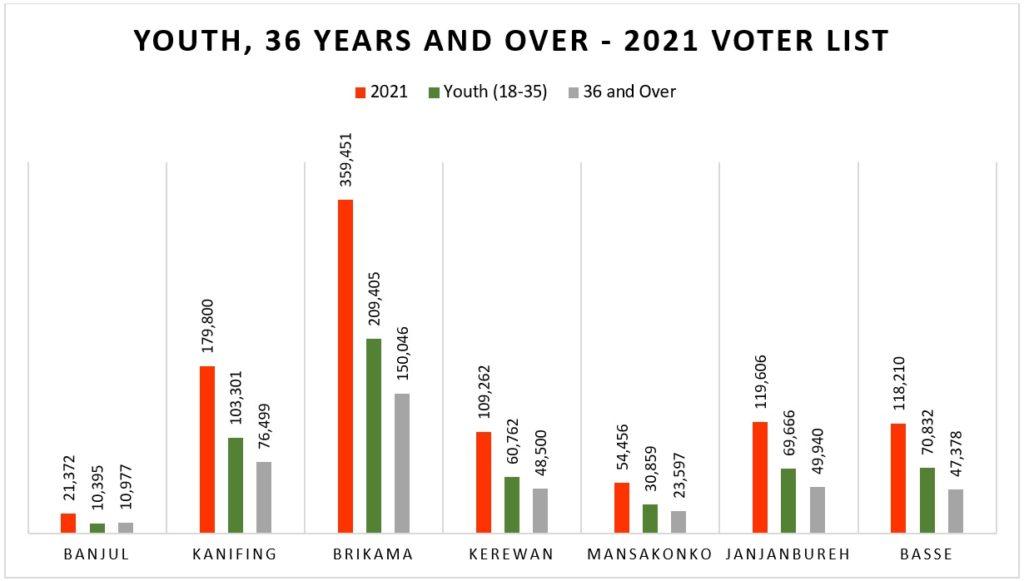 From the data provided by the IEC, it can be seen that first-time voters (18-25) constitute the largest single age group category with 30.6% of all voters on the list. As the age bracket increases, the number of voters continues to reduce. Second-largest is 26-35 (27.1%) followed by age brackets above 35 which have a combined total of 42.3% of all registered voters. 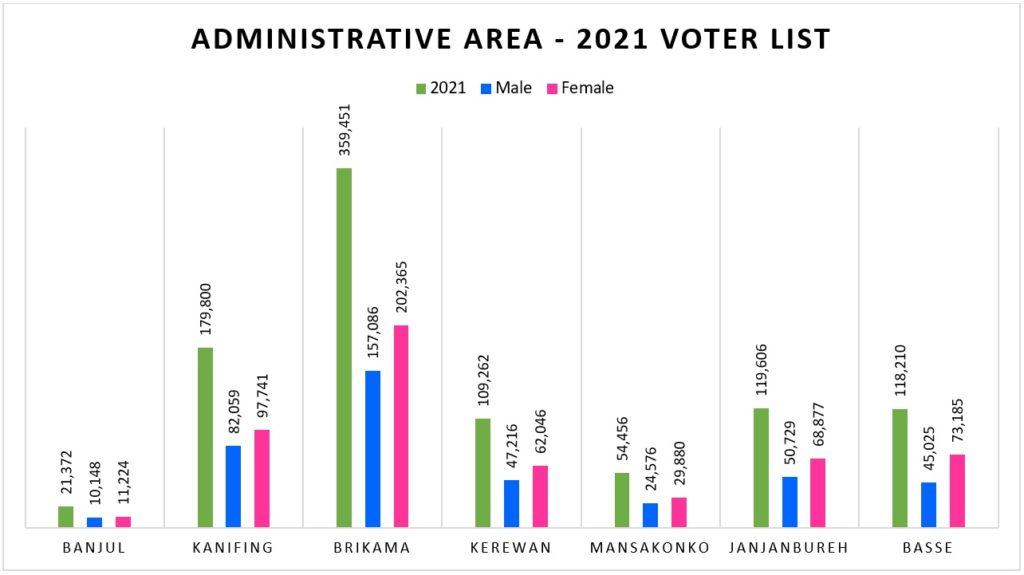 The Commission released this statement on 8th September 2021 informing the public of the December 4th 2021 Presidential Elections.

The Independent Electoral Commission, in exercise of its mandate under section 46 of the Constitution of The Gambia and Section 40 of the Elections Act, wishes to inform the general public that election to the office of President of the Republic of The Gambia will be conducted on Saturday 4th December 2021.

The public is hereby informed that the IEC, acting under Section 47 of the Constitution and 42(1) of the Elections Act will receive nomination of candidates for the said election of President of the Republic of The Gambia from 30th October 2021 to 5th November 2021 between the hours of 8 o’clock in the fore noon and 4 o’clock in the afternoon at the IEC Headquarters, Bertil Harding Highway.

In exercise of its powers given in Section 85 of the Elections Act, the IEC wishes to announce that the campaign period for the said election will be held from Tuesday, 9th November 2021 to Thursday, 2nd December 2021. The public is hereby also notified under Section 5(2) of the Elections Act that the appointed Returning Officer for the election of the Office of the President of the Republic of The Gambia is Alieu Momarr Njai. Chairman of the IEC.

Nomination papers can be collected from the IEC Headquarters from 30″ September 2021.

From Coma to Revival: We Must Not Relent Says Former CRC Chairperson

From Coma to Revival: We Must Not Relent Says Former CRC Chairperson