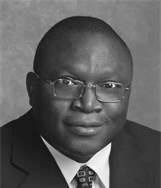 Obviously, Alkali Commission and/or the aftermath failed otherwise there would be no need for Janneh Commission within a spread of about 2 decades. More importantly though the queries of Janneh Commission are the everyday activities of their own administration. For instance, Accountant General Office are still issuing memos to officials to open public bank accounts at all kinds of local banks/branches all over the country. In addition, every citizen should be concern over the cost of the commission versus what they are able to recover so far. It has to make economic sense otherwise it should not or do it in alternatives ways. We could also ask couldn’t these investigations be comprehensively done by public service audit officials. Don’t tell us they can’t. They should be fired immediately (take them off public payroll) if they can’t do their job.

The effects of these failures are wasted 3 years that was anticipated to be democratic transition period – setting stage for a new horizon. Instead many conflated Barrow’s mild-manners to democracy. Democracy is not about an individual (good/bad/ugly) – that’s called autocracy. Democracy is instead the people, laws and institutions. Fast forward the CRC proposed draft as is did not advance democracy either but instead reaffirmed centralization of governance at Banjul and in the executive.