You are at:Home»Editorial»Opinion»Is Fatoumatta Jallow-Tambajang the sole champion of five years?

Following the announcement last week by the former vice president of the Republic of the Gambia, Madame Fatoumatta Jallow-Tasmbajang that the Coalition leaders have met President Adama Barrow and agreed to extend his term to five years, political parties have been tripping each other to disassociate themselves from that ‘agreement’.

First, we saw Mr Halifah Sallah, leader of the People’s Democratic Organization for Independence and Socialism (PDOIS) write to her to seek clarification as they were neither invited nor informed of the meeting and subsequent extension. They raised concerns that as a part and parcel of the coalition, they do not know anything about it.

The deputy leader of the United Democratic Party (UDP) Aji Yam Secka also told journalists that the last time the UDP was invited or informed of any meeting of the Coalition was on 6th May, 2019. She said that they were neither informed nor invited to the supposed meeting with president Barrow which decided to unilaterally extend the president’s mandate to five years.

The Gambia Moral Congress (GMC) also claims that they were not aware of any meeting with President Adama Baroow and distanced themselves from the extension which purportedly emanated from that meeting. This has been widely publicized in the media in recent days.

The question one may ask is this: who did Madame Tambajang go to State House with? Did she just pick any Tom, Dick or Harry to make this extension?

It is certainly confusing to the public when a respectable lady like her says that the ‘Coalition has agreed’ only for the other partners to say, hang on! We weren’t there.

The issue of three years or five years is beyond one party, let alone one individual. It is a national issue and should be addressed as such. A dialogue which should include all the stakeholders within and among themselves first, which should then be extended to the entire citizenry for it to have any meaningful effect.

It is not for one person or one party to decide on a matter as important as this. Let the sitting government initiate a dialogue with the people (and not that type of dialogue which will parade men in military uniform or the SIS) let it be a real people centred dialogue on this issue and as soon as possible as time is of the essence here. 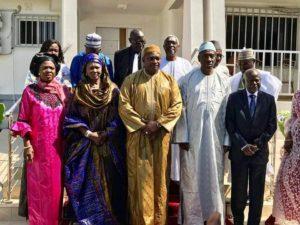 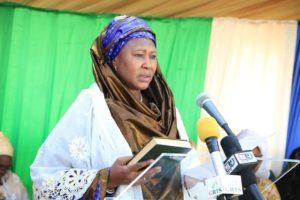