Dakar, 19 June 2019 — Greenpeace is calling on West African governments to immediately phase out the wasteful fishmeal and fish oil (FMFO) industry, to stop the threat to regional fish stocks essential for the food security and livelihoods of local people, outlined in a new Greenpeace report released today.

The report, entitled A waste of fish: Food security under threat from the fishmeal and fish oil industry in West Africa, raises strong concerns about the expanding FMFO industry in Mauritania, Senegal and The Gambia. All three species of fish used for FMFO are essential for food security, and already overexploited.[1] 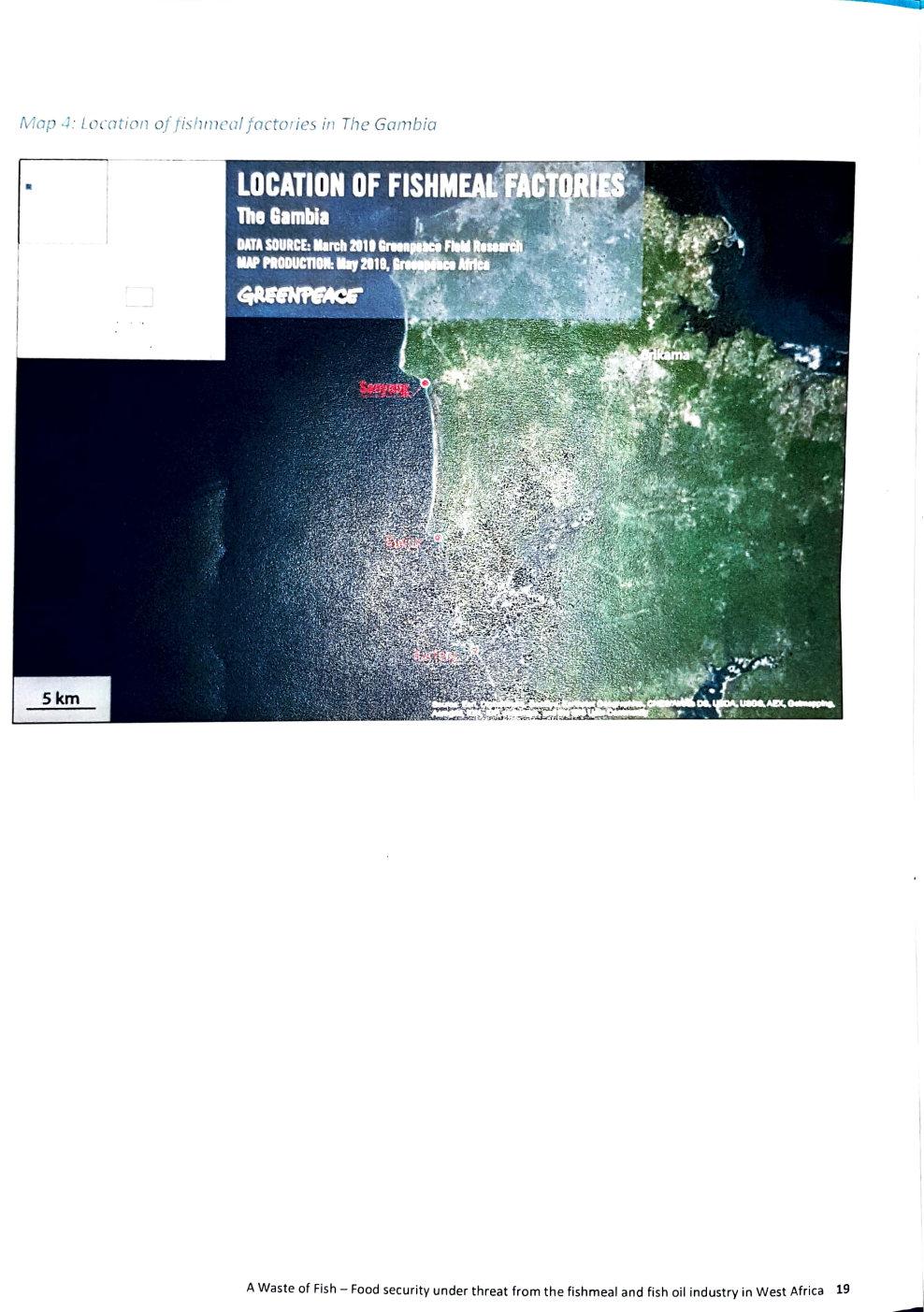 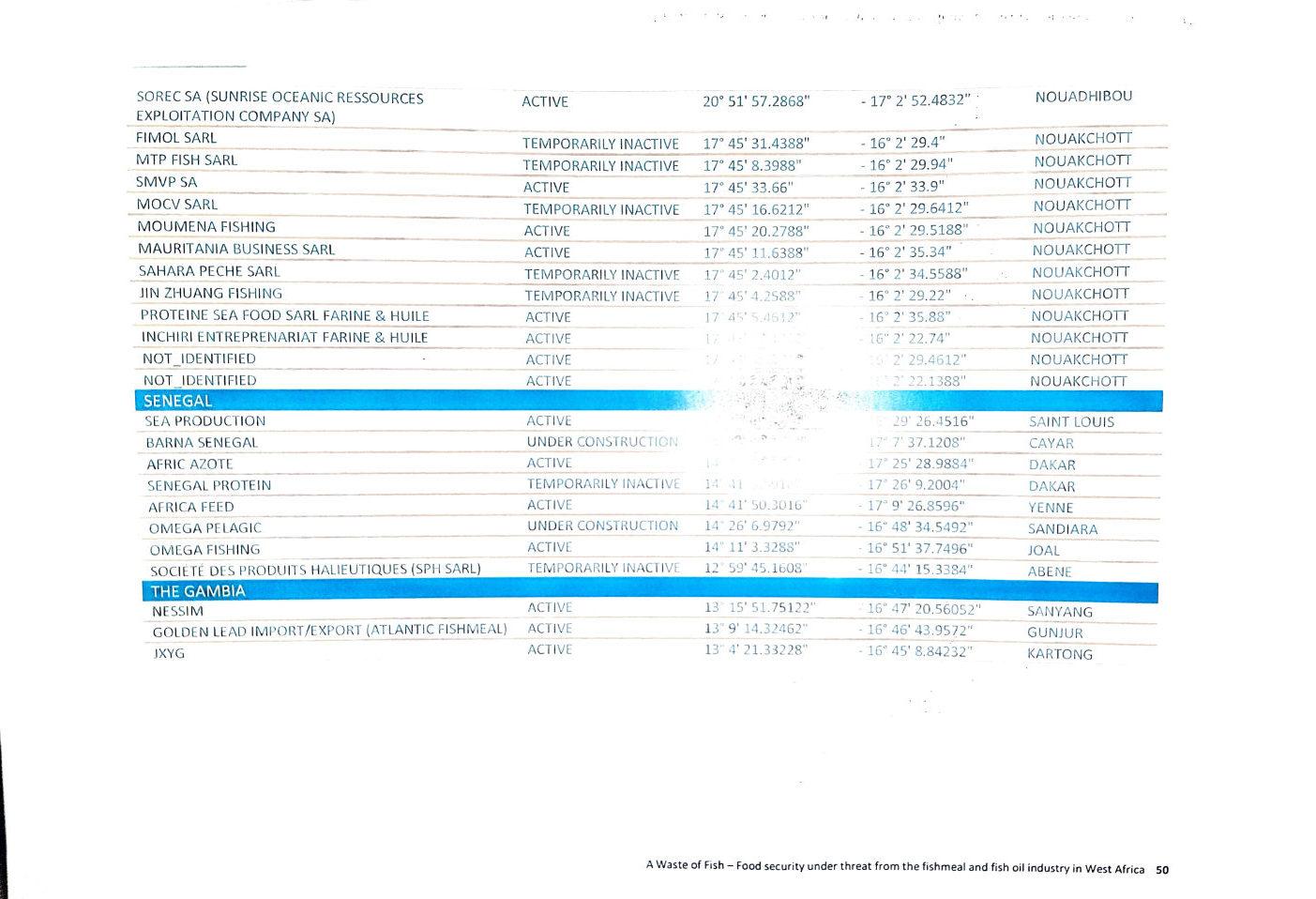 “Decades of overfishing and government inaction have degraded regional fish stocks. Now the fishmeal industry is aggravating the problem to a critical level; taking fish from people’s plates to feed fish farms, pigs or poultry in faraway markets. Catches that could be made by artisanal fishermen and the women who process them – which could feed low income families – is exported to be used as animal feed. It makes no sense.”, added Ibrahima Cissé.

Greenpeace has found 50 operational FMFO factories in the region, 40 of which were active in March 2019. The majority of West African FMFO is destined for overseas markets, largely Asia and the EU. Exports of FMFO from Mauritania have doubled between 2014 and 2018, making this country now the largest exporter of fishmeal and fish oil in the region. In 2017, it was estimated that nearly 550,000 tonnes of pelagic fish were harvested to supply FMFO processing plants in Mauritania.[3]

The growing FMFO industry is not only threatening regional fish stocks but affecting livelihoods and food security. About 80 % of fish landings in Senegal come from the artisanal sector, and fish provides around 70% of the population’s animal protein needs, and over 50% of protein needs in The Gambia.[4][5]

Greenpeace Africa calls on West African governments and companies to face their responsibilities in the much-needed protection of regional fish stocks, as well as prioritise basic human rights: food security and the livelihoods of artisanal fishermen and women processors. “We have to put fish back on people’s tables, before satisfying industrial farming,” concluded Dr. Cissé.
END

[2] From CECAF (2016). Report of the Twenty-First Session of the Fishery Committee for the Eastern Central Atlantic. Available at http://doczz.fr/doc/1925821/report-of-the-twenty-first-session-of-the-fishery-committ…