Former Nigerian President Goodluck Johnathan is expected in the Gambia today 17th December 2020 to mediate on Constitution building talks between Gambian Political Stakeholders. In reaction to the news Citizens Alliance Presidential Candidate, Dr Ismaila Ceesay raised questions on the “government’s legitimacy to deal with the Constitution”. Leader of the Socialist Party PDOIS and National Assembly member for Serrekunda, Hon. Halifa Sallah also raised questions over the need for mediation talks saying “they’ve [Government] even invited an international delegation to do what? What mediation?”.

It can be recalled that the Gambia’s National Assembly (NA) killed the 2020 Draft Constitution at the second reading on September 2020, since then the Ministry of Justice has decided to revive the Draft Constitution with the help of International IDEA to table another Constitution Bill in 2021.

According to Hon. Halifa Sallah of Serrekunda “we sympathise with the International Delegation, these are my colleagues, I know them very well and I know their capacities in dealing with situations but unfortunately, this is not a crisis situation. Maybe they have been given [in]correct information I don’t know but as far as we’re concerned there is no crisis.”

The Regional Director for International IDEA, Professor Adebayo meet Gambian Media Editors and Managers on Tuesday 15th December 2020 to brief them on the imminent stakeholder consultations on the Constitution. As one of the invitees I was informed that former Nigerian President, Goodluck Johnathan will engage all Political Stakeholders, with specific emphasis on Political parties with National Assembly members (NAMs). It is expected that the engagement will allow all Political Stakeholders the opportunity to build consensus on some of the most contentious issues.

Speaking to the media on Friday 11th December 2020, Citizens Alliance Presidential Candidate Dr Ismaila Ceesay told the press that the Government is “bringing someone from outside they’re calling an imminent person to lead the process. We have enough imminent Gambians who can lead this process. In fact, this government has no legitimacy whatsoever to deal with this draft anymore.”

I asked Professor Adebayo to explain the expected outputs/ results of the consultation talks and he explained that another Bill will be prepared taking into consideration the consensus-building exercise while ensuring that the Constitution passed at the National Assembly also gains popular support at the referendum.

When I asked Professor Adebayo if the options papers will be made available to the media to better inform the public, he explained that was possible at a later date and that Media Editors and Managers will be invited to the dialogue. 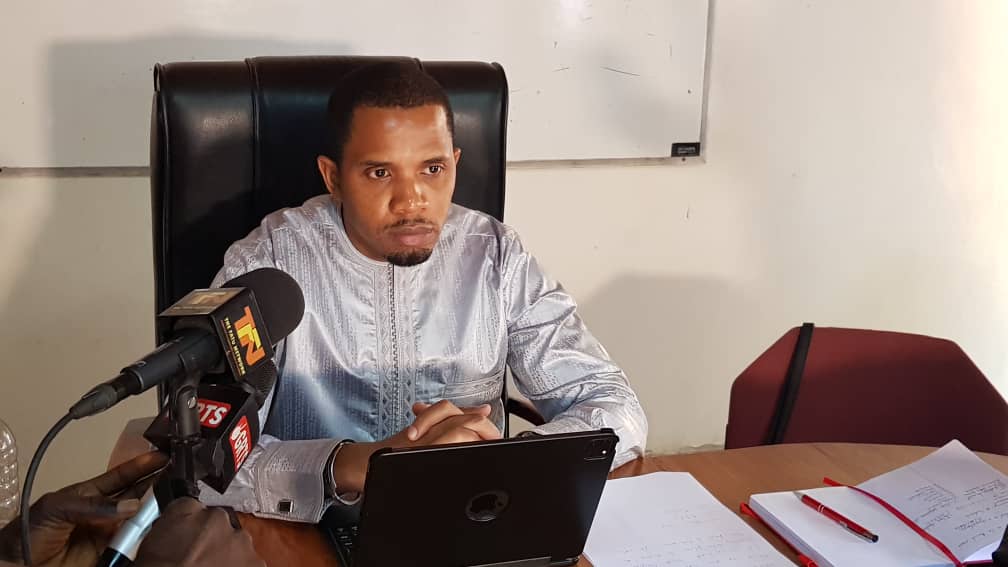 Speaking at a Press Conference with the Media on Friday 11th December 2020, Citizens Alliance Presidential Candidate Dr Ismaila Ceesay told the press that “we’ve all seen what happened with the Draft Constitution we did Consultations across the Country and in the Diaspora. D116 Million Dalasis was spent on this Constitution. It was supposed to go through a process and the Gambian people were supposed to be the ultimate decider for whether we have a new Constitution or not.”

“The whole entire process was aborted at a very early stage without even giving the chance for Lawmakers to debate over the contents of the Draft Constitution and now the Government has the audacity to tell us that they are going to engage an International Organisation called IDEA to lead the process. And to add insult to injury they are bringing someone from outside they’re calling an imminent person to lead the process. We have enough imminent Gambians who can lead this process.”

“In fact, this government has no legitimacy whatsoever to deal with this draft anymore. They killed it. You killed something deliberately and now you want to come and revive it just to waste our time. Just to show the international community that you’re doing something about it. We cannot allow deception in this country. So, for us, the Government has no legitimacy to deal with this draft. What the Government should do now is to ensure (and I want the Gambian people and the International Community to listen) that the right legal frameworks are in place before 2021. It would be a great betrayal if we are to go into 2021 without certain reforms taking place.” 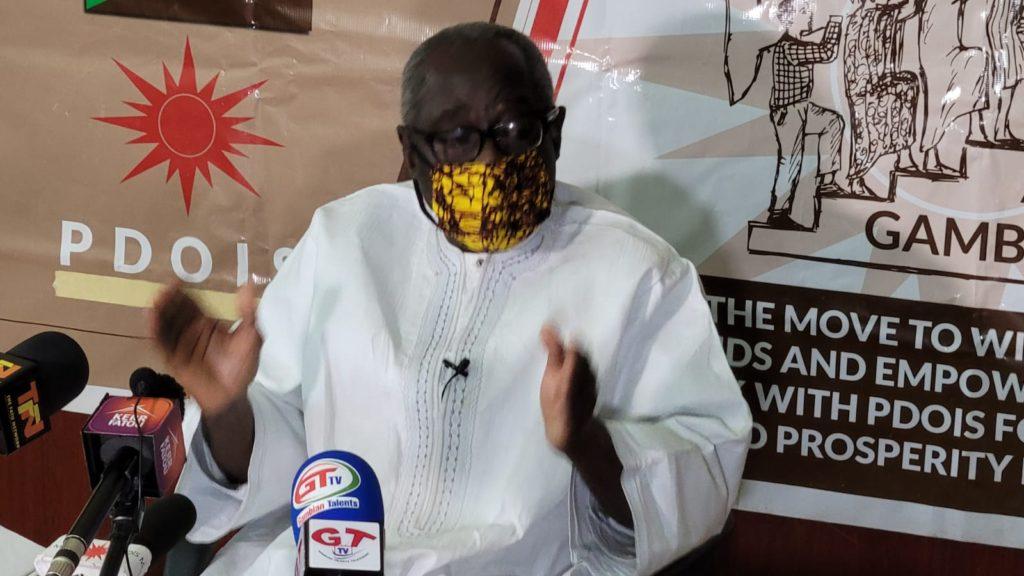 Hon. Halifa Sallah “NA Have the Power to Rescind Decision to Reject Constitution”

At the Press Conference held on Wednesday 16th December 2020, Hon. Sallah explained that “since we [NA] have the power to rescind a decision during a session, now we want to create a precedent that will also enable us to rescind a decision of another session, that’s all I was seeking from the Speaker and the National Assembly members. And why was that necessary because they’re talking about the Constitution building process. They’ve even invited an international delegation to do what? What mediation? This is about a Bill to be brought to the National Assembly. To be decided by three-quarters majority before we can proceed to the next stage and into a referendum. That is a parliamentary matter. You needed a consultation between the Executive and Parliament to resolve this matter.”

“The fact that the Executive has looked for an international delegation that shows you the sense of urgency. Why would you seek mediation if there is no urgency? If they expect me to put all that in a motion to try to convince the Speaker that the matter is urgent, I don’t think that is necessary.”

“Even the International Consultation how much do they know about our Standing Orders and Constitution, they just get up and get people together. At the level of the National Assembly, the majority wanted the process to continue so what is left is a minority that was not convinced.”