The UEFA Champions League draw for the round of 16 was cancelled due to a technical problem and had to be re-drawn for the second time on Monday 14th December 2021. This unprecedented administrative error has brought the competition under intense scrutiny after Manchester United drew Paris Saint Germain in a mouth-watering fixture which would have seen multiple Ballon d’Or winners Lionel Messi face Cristiano Ronaldo, however, that draw was cancelled and replaced.

To rectify the error a second tweet explained that “the draw has been declared void and will be entirely redone at 15:00 CET.”

Following a technical problem with the software of an external service provider that instructs the officials as to which teams are eligible to play each other, a material error occurred in the draw for the UEFA Champions League Round of 16.

The first draw which was cancelled featured three “material” errors which resulted in the first set of fixtures being cancelled. According to UEFA Champions League tournament rules teams from the same group or country cannot face each other in the round of 16.

This rule was not adhered to when Manchester United was included in the pot to potentially face Villareal who had just played each other in Group F in the round of 32 of the UEFA Champions League.

Below is the cancelled Round of 16 Fixtures. 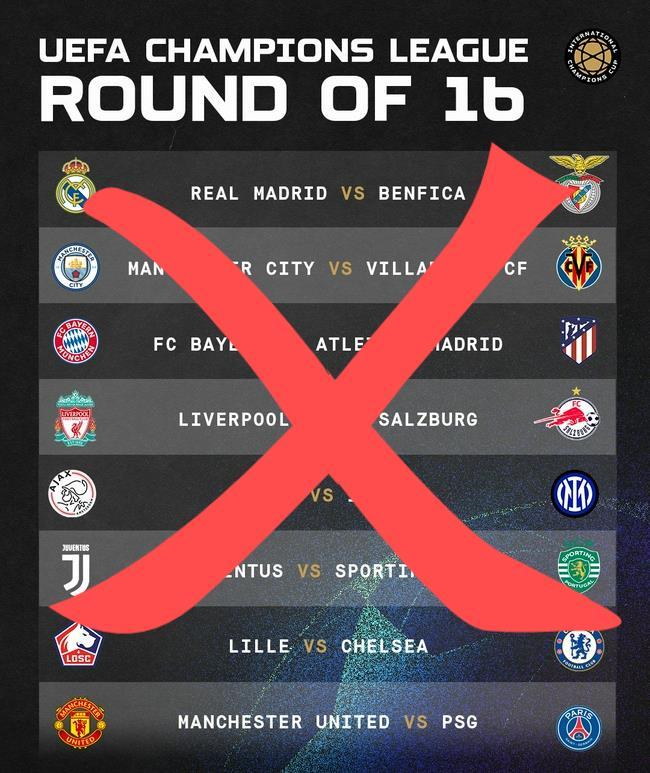 Instead, the second draw paired Manchester United with Atletico Madrid and Paris Saint Germain will have to defeat Real Madrid to progress into the Quarter Finals of Europe’s Flagship footballing tournament. German Champions Bayern will now have to overcome Austrian Champions FC Salzburg to progress to the next round.

However, one unchanged fixture is Chelsea vs Lille who were drawn against each other on both the cancelled and second draw.

This unprecedented administrative error from UEFA Officials placed intense scrutiny on the competence of the competition’s organisers. Especially given the disappointment of fans who had already begun talking up the cancelled Fantasy Fixture between Ronaldo and Messi. 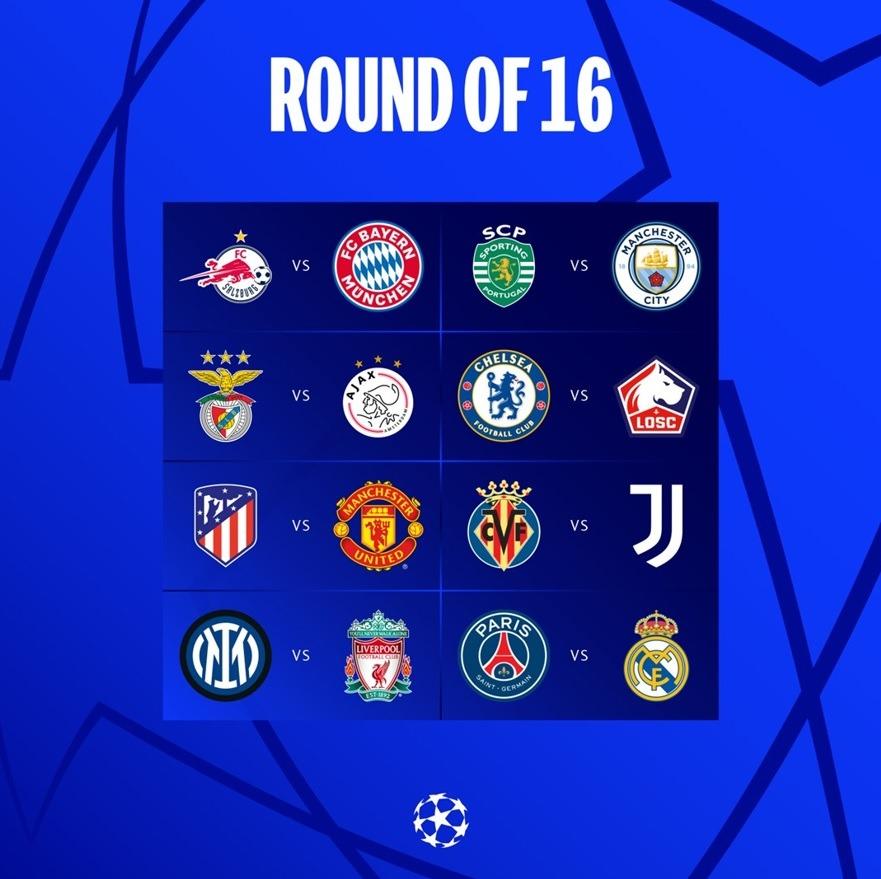