Gambian Civil Society Organisations (CSO) Transitional Justice Working group submitted a White Paper on the Truth Reconciliation and Reparations Commission (TRRC) to the Ministry of Justice (MoJ) on Thursday 6th May 2022. The TRRC investigated human rights violations of the regime of former President Yahya Jammeh. The CSO White Paper highlights some of the concerns of victims and proposes recommendations to address them. One section in the report highlights “double standards or inherent limitations?”.

The CSO White Paper highlights the concerns of a victim who says that “the government ought to be shamed for its approach in handling some cases”. According to the victim the “speedy collaboration and cooperation with prosecutors in the cases of Ousman Sonko in Switzerland” is in stark contrast with Government’s efforts in dealing with the Junglers. One quote notes that the government is “recklessly releasing Junglers, granting amnesty to serial killers and has failed to take concrete action five years the case since [of the victim in question] came to light”.

The Junglers were a private death squad that reported directly to the former President Yahya Jammeh. The TRRC Report on the Junglers notes that “they carried out extrajudicial killings, arbitrary arrests, detentions and torture on behalf of Yayha Jammeh with total disregard for the functions of the armed forces which is to defend the people and not oppress them”.

The CSO White Paper also notes that victims have highlighted the recently commenced prosecution of Bai Lowe in Germany and Michael Correa in the United States who have all benefited from “the support of the Ministry of Justice to question/interview witnesses in The Gambia”. This raises the question of why can’t the same be done in The Gambia.

The TRRC Report on the Junglers notes that Bai Lowe – also a Jungler – is culpable in the “unlawful killing about fifty (50) of the West African Migrants and their Gambian Counterpart”, Deyda Hydara and the attempted assassination of Lawyer Ousman Sillah. 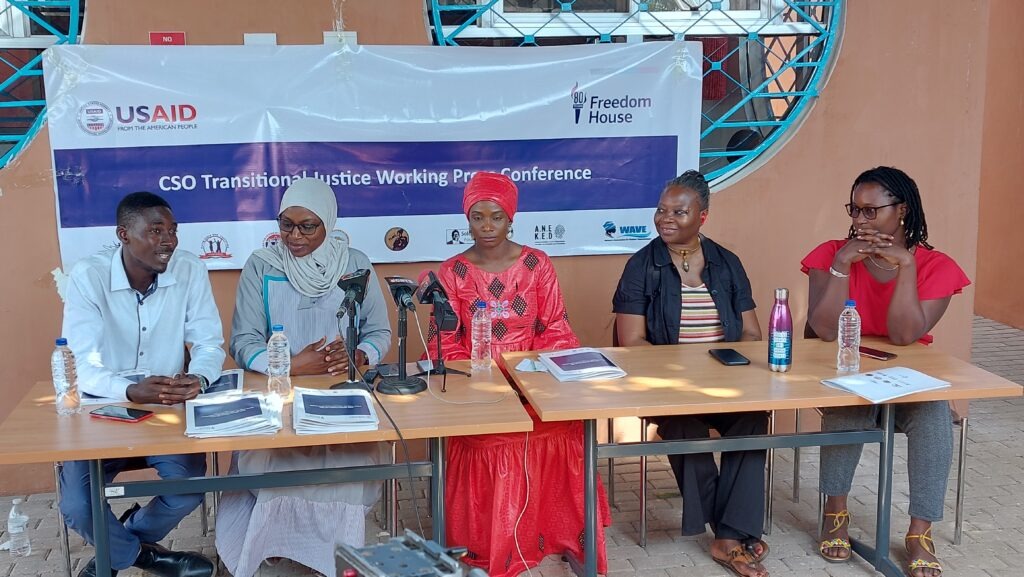 Our reporter questioned the authors of the CSO White Paper on their expectations from the Government to address the concerns of “double standards or inherent limitations”. In response, ANEKED’s Sirra Modou Ndow explained that “prosecutions take time and criminal investigations have to start. You cannot go to court without criminal investigations”. According to Ms Ndow, “one of the challenges that we face are some of our limitations in terms of capacity within the institutions. So, we have to build that capacity as we go along. The Gambia did not prepare for what happened we were thrust into this situation and I don’t think any country can prepare for that”.

Turning her attention to prosecutions which are ongoing in Switzerland, Germany and the United States Ms Ndow says “this is the beauty of being in a global society where everyone is playing their part. Universal jurisdictions allow other countries to prosecute perpetrators that they happen to find within their territory or have victims that are affected”.

In her view “this is the beauty of the Gambia being signatories to some of these treaties. This is some of the fruits that I believe we are benefiting from”. She explained that countries such as Switzerland, Germany and the United States have more capacity than the Gambia to commence prosecutions and all of them are prosecuting only one person while “the Gambia has a whole lot of things to look at before we get there”.

About the TRRC, Criminal Liability and White Paper

The TRRC is a Commission enacted by the Gambia’s Fifth Legislature in 2017 to investigate the Human Right Violations of the former President Yahya Jammeh and his regime from 1994 to 2016. The CSO White Paper notes that “the TRRC worked for over two years and heard testimonies from 393 victims and alleged perpetrators as well as from experts and other witnesses. The TRRC submitted its final report with its findings and recommendations to President Adama Barrow on November 25, 2021”.

One month after the submission of the TRRC Report, the MoJ “made the report public and shared it with key stakeholders, including civil society in line with the TRRC Act 2017. As per the provisions of the TRRC Act, the government has six months (until May 25, 2022) to issue its White Paper, a document that will contain the official position of the government on the report’s findings and recommendations”.

On the day the MoJ made the report public it announced: “that Jammeh and 69 other named perpetrators were responsible for 44 specific crimes, including murder, torture, rape, and sexual violence, enforced disappearance and called for their prosecution”.

“Whilst some victims are happy with the proposals for criminal liability and hope that justice will be served, sooner than later, which tools will be used for holding perpetrators responsible for crimes committed provoked discussions—how, when, and where? Will victims be able to participate in these processes? What steps should the government take to ensure that perpetrators are held accountable? These are some of the several pressing questions victims had about issues of criminal culpability,” read the CSO White Paper.

The CSO White Paper is backed by seven CSOs namely; Fantanka, Victims Center, Women in Liberation and Leadership, Female Lawyers Association of the Gambia, Solo Sandeng Foundation, African Network against Extrajudicial Killings and Enforced Disappearance (ANEKED) and Women Association for Victims’ Empowerment (WAVE) under the leadership of The Association of Non-Governmental Organisations (TANGO).

According to the methodology the CSO White Paper was informed by consultative meetings with victim-led organisations, desk research, focused group and key informant interviews, questionnaires, telephone consultations and a “Do No Harm” policy. The CSO White Paper was written by Ms Priscilla Ciesay, Esq the Founder of WAVE and is supported by the United States Agency for International Development. 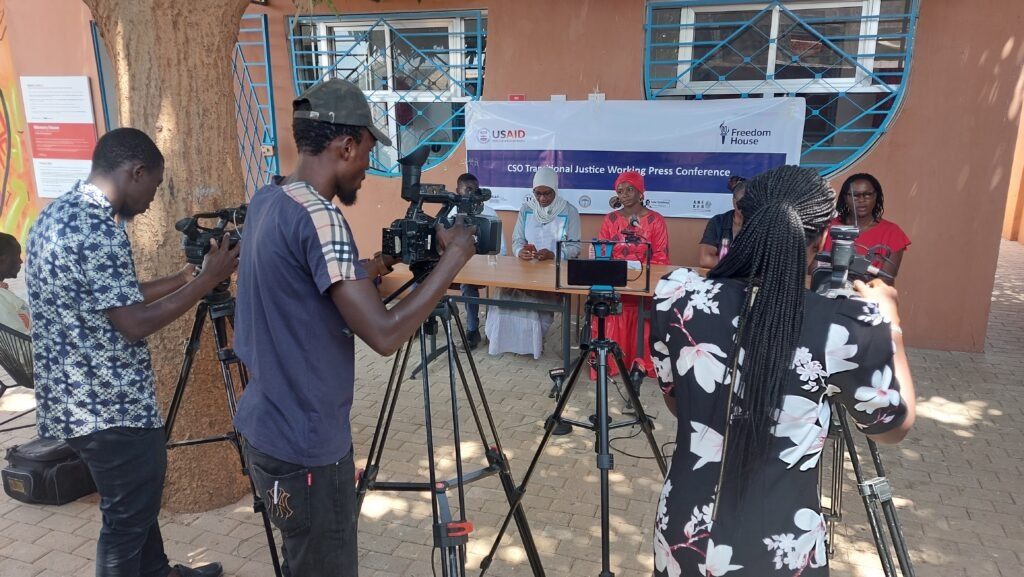