You are at:Home»Human Rights»Why Justice Minister retained charges on 7 youths and released 30

On 10th September 2019, Justice Minister Abubacarr Tambadeu filed a “nolle prosecui,” dropping all charges against 30 of the 37 youths who had been held in Mile II since August 27th. The 37 were arrested in August for their alleged involvement in July arson attacks on the house of Gorgi Mboob, deputy police commissioner of the Anti-Crime Unit (ACU), and the Bakoteh Police Station.

Interestingly enough Officers from Gorgi Mboob’s ACU conducted mass arrests of some 40 people, suspected to have burnt down his house. As head of the ACU it would have been prudent for him to recuse himself from the case as this is a clear conflict of interest. This underlines the importance of Amnesty International’s recommendation for The Gambia to “establish an independent police complaints commission to strengthen police
accountability”.

Nonetheless, after the Justice Minister’s intervention, the state is still pursuing charges against the 7 youths, namely, Ali “Killa Ace” Cham, Omar Darboe, Muhammed Fadia, Omar Jobe, Yerro Saidy, and Lansana Tamba. According to the charge sheet, the 37 accused were all charged with the same eight counts. This raises questions about the Justice Minister’s decision to release 30 of the accused while retaining charges against 7 others.

During Justice Minister Tambadeu’s regular press briefing on Friday, 13th September 2019, Gainako’s Flex Dan questioned Mr Tambadeu on the rationale behind his decision. “You’ve filed a nolle prosecui for 30 people who have been held in Mile 2 for 14 days. But yet still there are seven others who are still charged. What’s the logic behind maintaining the charges on the seven?”

According to Mr Tambedu, “in this particular occasion because of the public interest in the matter and the number of youths who were arrested, it was out of collective concern that I didn’t even wait for the Police to conduct their investigations completely or send the file here. I reached out to the Police and I said the number is too high, 37.”

In describing the Justice Ministry’s efforts to facilitate the bail of the remaining seven, he explained, “Of course the charges included rioting, unlawful assembly. But like I said, it would not be in the public interest to prosecute 30 youths at that time. But those who are remanded in custody we actually didn’t oppose bail when their lawyers applied for bail.”

Police Asked to Review the Case of Seven

Mr Tambedu continued to explain why the seven were retained by explaining that “Arson is non-bailable. So we had to revise the charges to a less serious offence so that they can be granted bail while the police continue their investigations.

We can’t also allow people to burn down people’s houses and properties and then walk away. That’s not right. That’s not how a country is governed. Otherwise we will all be victims, each of us. And that is why we are taking a very strong position on the arson offence. But for the time being, I want the police to focus on those who are directly responsible. I’ve asked them to review the case of the seven as well going forward, and hopefully I will hear back from the police. It may or may not go down further, I don’t know.”

In May 2019, the international human rights organisation Amnesty International visited President Adama Barrow and published a set of 10 recommendations on human rights priorities for the Gambian government. Among these was the recommendation to “publicly instruct the Anti-Crime Unit of the Gambia Police Force, army and the State Intelligence Services (SIS) to end unlawful arrests and detention, and in particular not to detain people beyond the 72-hour period as provided in Gambia’s Constitution of 1997.”

When questioned about whether there will be appropriate “steps taken to address the Anti-Crime Unit, especially considering the recommendations from Amnesty International,” Mr Tambadeu stated that after the report was released, the government carried out an investigation of its own: “We were able to establish that actually not everything in that report was 100% accurate.” He did not elaborate, however, and provided no details on which parts of the report were inaccurate, including whether Amnesty International’s recommendation for the Anti-Crime Unit to desist from arbitrary arrest was baseless or not.

To emphasize his point, Mr Tambadeu said that rather than rebuking Amnesty International’s recommendations, the government decided to take the moral high ground. He stated that “instead of coming out with a statement to counter Amnesty International in public, because of our collaborative work we reached out to them and pointed those out to them and they admitted that as well.” 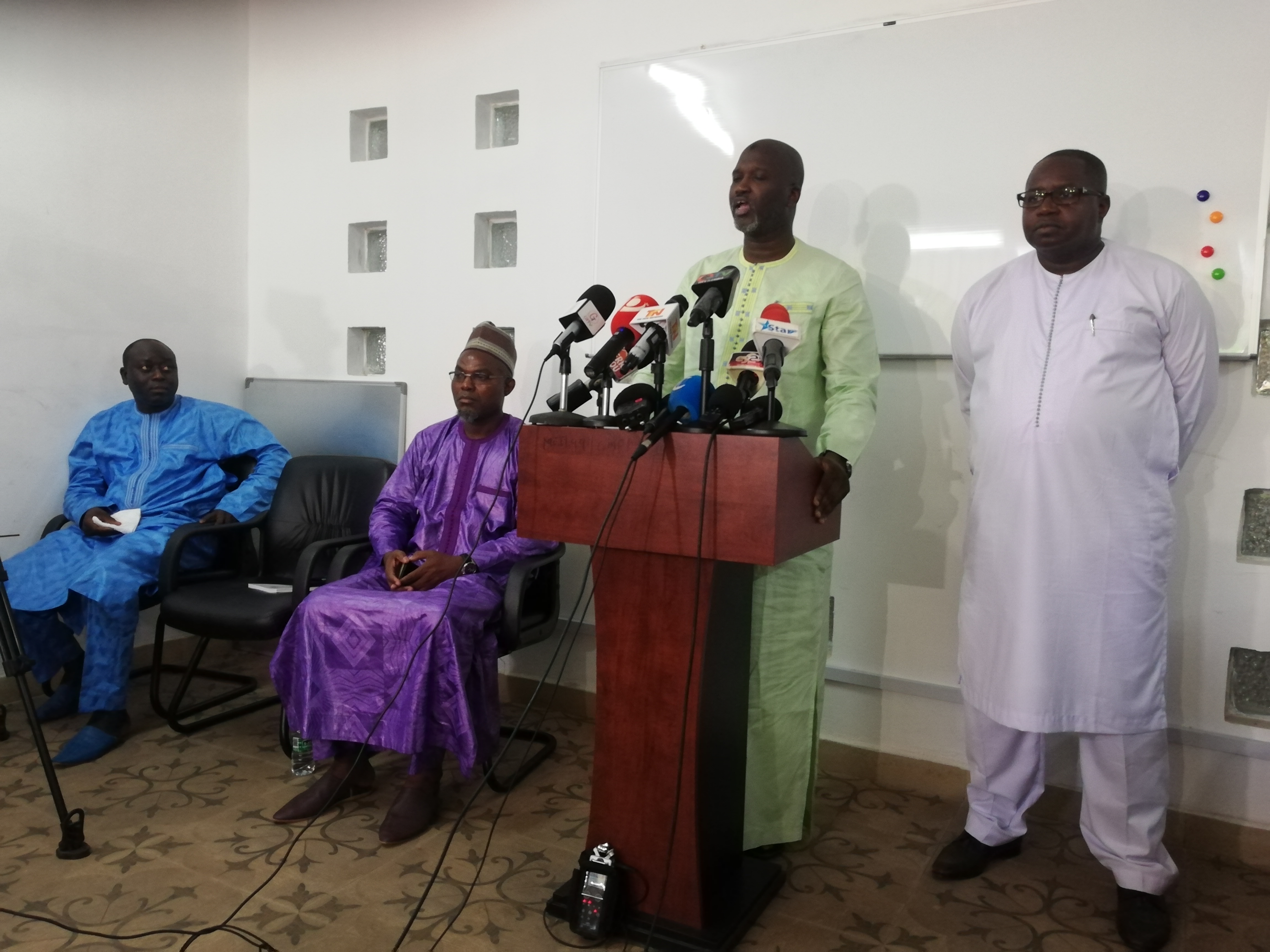 The Gambia’s donors — including the European Union (EU) — maintain human rights benchmarks which the Gambia must achieve to access pledged funds. If the situation remains the same and the government refuses to take appropriate steps to address urgent human rights concerns, such as arbitrary arrests and the appalling conditions in prisons like Mile II and Jangjangburreh, the government risks losing donor funds. In fact, EU Ambassador Atila Lajos has recently highlighted concerns over the slow pace of Security Sector Reforms. Imprisoning 30 youths in Mile II for 14 days, only to be released with no charges, is a clear violation of their rights to liberty and a fair trial. This, together with killing of Kebba Secka and the arrest related death of Ousman Darboe in July, will undoubtedly leave another stain on the Gambia’s human rights record.

It would be prudent for the government to consider compensating the 30 youths for their loss of income (two weeks’ work), deprivation of liberty, right to a fair trial, plus the many other injuries, such as loss of reputation, they have suffered. Doing so would help limit the damage that has already been done to the country’s human rights record and demonstrate a proactive effort by the government to improve human rights.

Most important, however, is the pressing need for security sector reform — to re-train the security services, to end arbitrary arrests, to stop torture and ill treatment of prisoners, to improve poor prison facilities, and to address other key human rights issues. Achieving this will require proactive leadership, which does not seem forthcoming from the ever-silent President Barrow, and will require the government to prioritise funding for better prison facilities and human rights training of security services. So far, the government has not taken serious steps to reform the security sector. If the well of international funds dries up as a result, however, perhaps the government will then finally begin to prioritise human rights.