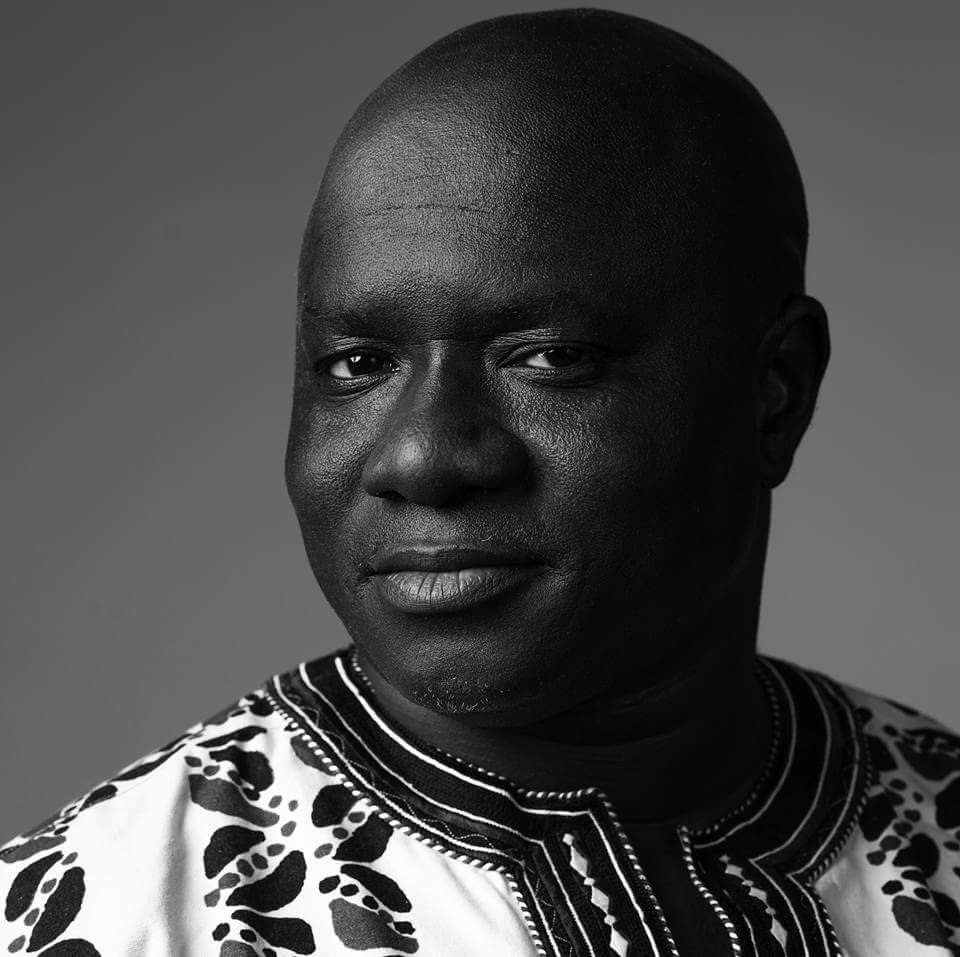 I recall the days when Dawda Jallow was the head of programs at the NCCE where he had traversed the length and breadth of the country educating citizens about their civic rights and duties. Dawda was a constant face and voice on the airwaves on television and radio. I used to know Dawda as an honest man, smart, open and critical minded. With this hindsight I am elated that he is now the Minister of Justice.

Indeed, Abubacarr Tambadou had generated a lot of trust and confidence in this Government for the many achievements he registered despite many shortcomings as well of his Ministry and the Government as a whole. The fact that he led the transitional justice process the hallmark of which is the setting up of the Janneh Commission, TRRC and CRC indicates his invaluable contribution to the building of the new Gambia. Furthermore, the several legal reforms he has recently embarked upon, albeit long overdue, as well as the efforts he made to make the country honour its international obligations such as the enforcement of ECOWAS Court decisions to compensate journalist victims and to ratify critical international human rights instruments all point to the fact that Tambadou was indeed a crucial figure in the pursuit of justice and accountability in this country. I cannot fail but recognize his efforts as well in the opening of illegally closed radio stations in the wake of the Three Years Jotna protest at the beginning of the year. It is also noteworthy to remember Tambadou for his leadership to own up and then correct the legal mishaps that had taken place in this Government such as in the attempted constitutional amendment to the age requirement for president and judges. Above all Tambadou deserves commendation for his unequivocal stance to pursue former Tyrant Yaya Jammeh to face justice.

What the above indicates is that Dawda is indeed inheriting a ministry that is already hugely engaged and indeed in the centre and front of the building of New Gambia. In other words, the Ministry of Justice is a critical institution in the drive for system change. Therefore, Dawda has all of the opportunities necessary to make him take the baton from Tambadou to reach the finishing line with sterling success. Failure is not an option.

However, Dawda is coming at a time when the generality of Gambians has lost hope in this President and his Government. For some of us, Pres. Barrow and his Government are no more a sweet dream but a nightmare because of his fantastically poor leadership characterized by rampant corruption, abuse of office, violations of the Constitution and ineffective public institutions that are neither transparent and accountable nor effective and responsive. In a nutshell the Barrow Government needs a turn around for which the Minister of Justice is a key pillar to make that happen.

Therefore, I wish to inform Dawda Jallow that Gambians have both high hopes and apprehension in his appointment. We have noted that his predecessor tried to remain apolitical, independent and focused on the job, despite his shortcomings. I hope therefore Dawda will avoid the trappings of political office to realize that he is the Chief Legal Adviser to the Government as well as the Chief Law Enforcement Officer in the Gambia.

In the first place I expect Dawda to bring about better organization and leadership in this Ministry in terms of the transitional justice process. Already there is huge disappointment in the way and manner the Janneh Commission and its Report were handled. The controversy around its Report is already a subject of legal wrangling in the courts. Dawda needs to fix this issue. For that matter, as we look toward the conclusion of the TRRC it is expected that Dawda will prevent the mishandling that took place with the Janneh Commission Report and make sure the White Paper that will follow the TRRC will not be biased as the White Paper on the Janneh Report.

It is noteworthy that the final draft constitution is being gazetted after a considerable delay. The key concern of Gambians is the protection of the draft from interference by lawmakers. I would therefore urge Minister Jallow to do everything to protect the integrity and content of the draft constitution from interference for political objectives. Minister Jallow should bear in mind that what Gambians desire is to hold the 2021 presidential elections under a new constitution. Therefore, he needs to focus on electoral reforms, support the IEC to conduct voter registration and then hold a transparent referendum to usher in the Third Republic.

As we transition to democracy it is noteworthy that Tambadou had started the building of many accountability instruments and institutions such as the National Human Rights Commission, while the process for the creation of laws to combat corruption, to ensure access to information, and the prevention of torture are ongoing. The effective implementation of these instruments and the independence of their respective institutions that will be set up would require strong support from the Minister of Justice so as to further enhance democracy and good governance in the Gambia. In this regard let me inform Dawda Jallow that there is no DPP in his Ministry which is a requirement in the Constitution and a crucial pillar for justice. The sooner he causes the President to appoint a DPP the better.

It is also necessary to remind Dawda that he needs to make lawmaking an inclusive, participatory and transparent process which has never been the case in the Gambia. Currently we have seen dozens of laws being reviewed but citizens have no input in this process because the Ministry of Justice does not create the opportunity for popular participation. Therefore, Dawda should change the current system by ensuring that bills are shared with the general public and relevant stakeholders for their input before they are placed before the National Assembly. After all these laws are for the people hence the people have a right to take part in their making.

In this regard, Minister Jallow must make his Ministry accessible by creating an interactive and functional website where bills, acts and other legal documents will be posted for easy access by citizens. For example, until now the Janneh Commission Report is inaccessible to the majority of Gambians simply because limited copies are printed which are expensive for most people. Also, the laws that have been already enacted or amended are not accessible by the majority of Gambians because they are not made public. Hence uploading these documents on its website serves the general public well.

The Ministry of Justice has been supportive of victims of the APRC Tyranny. This support needs to increase beyond the D50 million already provided. I would urge the new Minister to therefore make a strong case in Cabinet for more resources to be provided to victims to address urgent needs. In this regard, I urge Dawda to stand on the position Tambadou took that Yaya Jammeh must be brought to justice. I urge Dawda to go further by engaging the Government of Equatorial Guinea to demand them to either try Yaya Jammeh in Malabo or extradite him to the Gambia for trial or send him to Ghana for prosecution, as required by international law. In this regard, there is need for his Ministry to also re-engage UN, AU and ECOWAS and some other instrumental governments to back him up to ensure that Yaya Jammeh faces justice immediately.

Speaking about Yaya Jammeh, it is necessary for Minister Jallow to also put a huge amount of interest and commitment to the prosecution of rape and sexual violence in the Gambia. Since Toufah Jallow broke the barriers in June 2019 to speak out about her ordeal at the wicked hands of Yaya Jammeh we have witnessed lot more women also cry of rape perpetrated by public officials. We have also noted that sexual harassment is rampant within the Government including inside the Ministry of Justice itself as attested to by a witness at the TRRC. It is necessary that the Minister of Justice takes a definitive stance to combat this menace. Minister Jallow must make it clear to the IGP that the police must take a more determined, proactive and professional stance in investigating and prosecuting rape. Currently this is not the case. Furthermore, Minister Jallow must engage the Ministry of Women, Children and Social Welfare and other stakeholders to develop a sexual harassment policy for public institutions to detect, prevent and punish sexual harassment.

The Gambia is at a critical stage given the constitution building process and the forthcoming presidential elections. I wish to urge Dawda Jallow to always advise Pres. Barrow to always abide by the Constitution and the rule of law at all times. For this reason, Dawda needs to rise above political intrigues and focus on the law and justice as required by the Constitution.

Finally, I need not tell Jallow that ultimately the issue is about his legacy, integrity and destiny. It is up to him to decide what and how he wants the Gambian society to remember him. The ball is in his court. But let me say that history is recording and what he sows today is what he will reap tomorrow. But before he reaps his harvest, let him rest assured that the members of the civil society will not spare even a feather to confront him in order to ensure that he remains on the path of the Constitution, legality, justice and the national interest. Therefore, I advise Dawda Jallow to remain faithful at all times to his conscience, the national interest and the Constitution of the Gambia and natural justice.

“To protect the Treasury from being defrauded, let all money be issued openly in front of the whole city (country), and let copies of the accounts be deposited in various wards (regions).” Aristotle