You are at:Home»Human Rights»Victims Center express concerns over the release of three Junglers

By the Gambia Center for Victims of Human Rights Violations
Regarding the Decision of the Hon. Attorney General and Minister of Justice Concerning the Release of the Three (3) ‘Jungulers’

The Gambia Center for Victims of Human Rights Violations hereby expresses its concerns over the decision taken by the Attorney General and Minister of Justiceto release three of the ‘jungulers’ who testified before the Truth, Reconciliation and Reparations Commission and confessedcrimes they committed including torture, extrajudicial executionsand enforced disappearances.

On August 2nd2019, the Victims Center (VC) held a short meeting with the Attorney General and Minister of Justice to convey our concerns and disagreement towards the remarks he made on QTV regarding the possible release of thethree ‘jungulers’without consulting the Victims Center, nor the victim’s representatives. The Hon. Minister cited among other things that his decision was based on the fact that the said ‘jungulers’ were detained beyond the time limit prescribed by the Constitution and also a strategic decision to ensure the preservation of justice in the long term. We are mindful of the fact that their detention beyond the Constitutional time limit is a violation of their fundamental rights, however, this violation doesn’t in any way negate their full criminal responsibility for the atrocious crimes they committed, neither does it absolve the responsibility of the State to prosecute them. 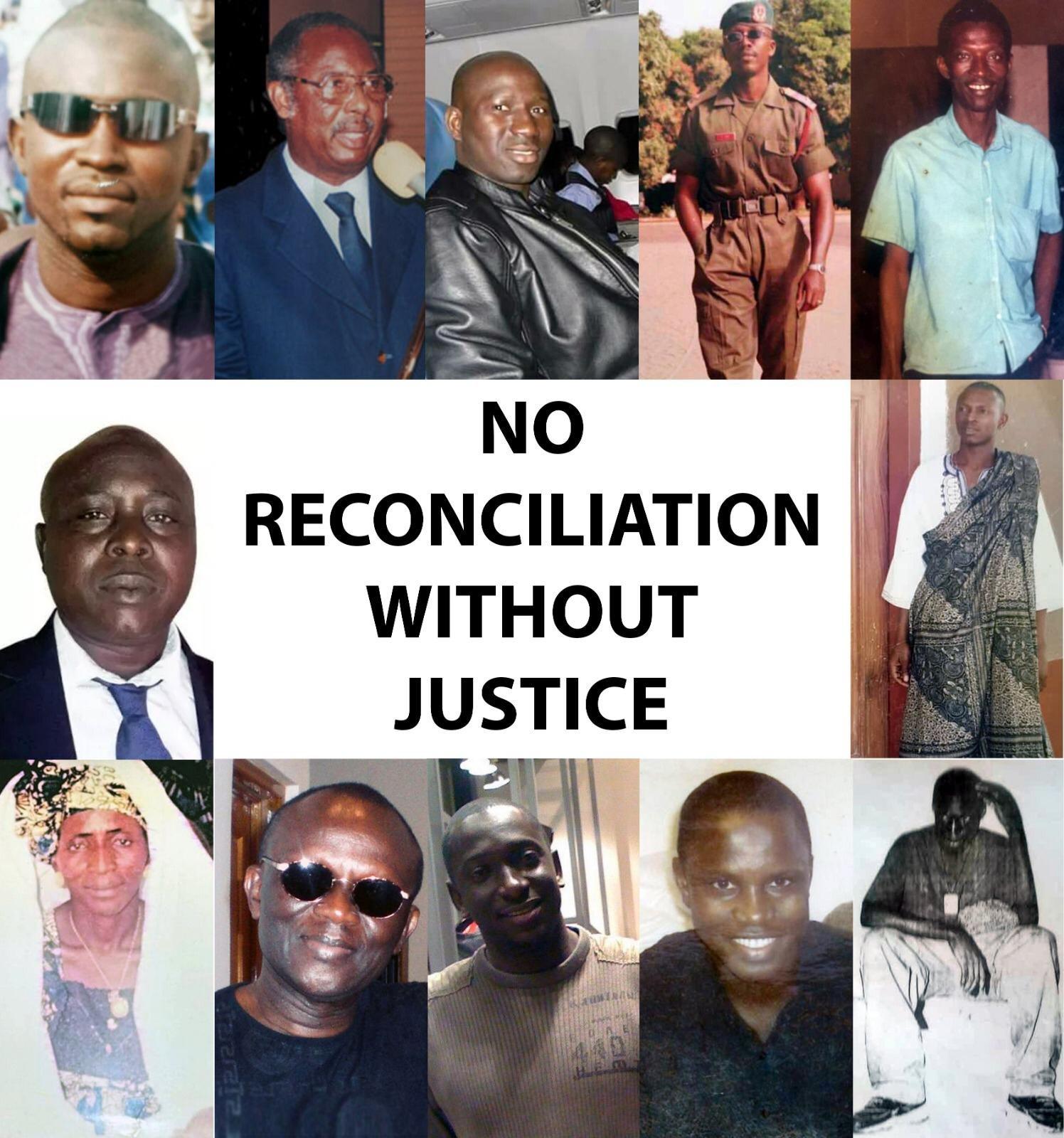 In our opinion, the decision taken by the Hon. Minister was a quick one, which needed dialogue and further consultation with victims and other stakeholders to reach a compromising decision. Such a decision will undoubtedly undermine the national reconciliation and healing efforts ushered by the ongoing truth seeking process of the TRRC.

The Hon. Minister in exercising his powers to release the ‘jungulers’, ought to have consideredthe complexities of the facts of the crimes they committed and of the law. The number of accused persons, the quantity of evidence, and the prejudice it will render willbe contradictory to the ongoing national reconciliation and healing efforts. On that basis, any decision concerning ‘jungulers’ that doesn’t critically take these factors into account falls short of reasonableness and rationality.

It is the duty of the Gambia Government; more so the Ministry of Justice to ensure rights of detainees are respected. Thus, it is a failure on their part for not ensuring that the ‘jungulers’ are detained in conformity with the Constitution. The competent forum to remedy such a situation shall be the Courts and not a mere exercise of ministerial or Government discretion.

TheVictims Center remindsthe GambiaGovernmentof its dutyto investigate and prosecute crimes of torture and extrajudicial killings exist in both conventional and customary international law. The Gambia ratified the African Charter on Human and People’s Rights in 1983. It also acceded to the International Covenant on Civil and Political Rights (ICCPR) in 1979. Both protect the rights of victims to remedy and of State responsibility to end impunity for the perpetrators of the most serious crimes.

The Victims Center urges the Gambia Government tocontinue fulfillingits obligations to prosecute crimes committed by the ‘jungulers’to end impunity, to further contribute to the establishment of the rule of law by ensuring that the most severe crimes do not go unpunished and by promoting respect for international human rights law. This willempower victims and bring retributive and restorative justice closer together.

We are cognizant of the tremendous achievements made by the Government of The Gambian in the on-going Transitional Justice Processes;however, we totally disagree to the decision of the Minister of Justice to release the three ‘Junglers’, who testified at the TRRC. Therefore,on behalf of all victims we call on the Minister to consider rescinding his decision to release the ‘Junglers’, and make efforts to legitimise their detention through the Courts and prosecute them for the crimes they confessed to.

The Gambia Center for Victims of Human Rights Violations will continue to work with relevant partners to facilitate justice to victims, through national, regional and international mechanisms to ensure that peace continues to prevail in the country. Not only must justice be done it must also be seen to be done.