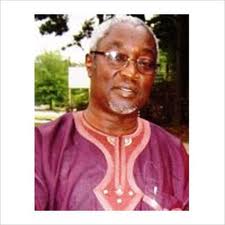 Omar Amadou Jallow alias OJ is another political creature who don’t get intimidated by Jammeh and his capricious regime. He is one defiant political seed remaining of the defunct PPP regime.  OJ was Gainako’s guest this evening. OJ discussed with Gainako a range of issues ranging from opposition disunity, to efforts to rejuvenate the one time active PPP, to some of the injustices being meted out to Gambians by the criminal regime at home.

Critics of the PPP constantly accuse them of corruption. Quite honestly, it cannot be ruled out that there was corruption in the PPP regime. The PPP won’t be close to corruption compared to the jammeh regime, a regime that reigns through the iron fist. The APRC’s malgovernance, corruption and terror are immeasurable.  The other down side is how come some of the most active PPP members are quiet in their corners. We have heard from the likes of BB Darboe, OJ, former major Chongan, and some others who see the need to continue the fight. It shows that they were not just out there at least to enjoy political prominence or fill their pockets with wealth. They have politics in the blood and despite all the criticism geared towards them are still continuing to speak. It says a lot about those who took to silence in their corners enjoying some of the funds they took from poor Gambian farmers. It is high time to call the shots. It is not only unfair but political hypocrisy to the poor. You utilized Gambian resources to enrich yourself and when it is time for you to fight; you are nowhere to be seen. We won’t want surprises when Jammeh is gone. If you are interested in being a political leader, start speaking up now, and do things that will give you credibility and the trust of the Gambian people. You cannot sit in your corner till when the mighty dictator is exiled and start surfacing on us.

Without exaggeration, these interviews give some of us the taste of political lesson 101. It encourages others to speak up. It gives hope for unity and rejuvenates some of the dying political vibrancy and activism. We are beginning to see Gambians especially the opposition getting the much needed confidence and courage to openly speak about happenings. Thank God and this is due to the untiring efforts of online radios, news papers, blogs, and social networking outlets. It has totally demystified Jammeh and it shows that the voices of descent cannot be censored.

The interview was sponsored by one of the external youth wings of the PPP. It brings to question if in fact the PPP is wholly dead. It looks like the PPP has been regrouping on the low despite peoples’ belief that the PPP is dead. We are inviting others who wish to sponsor similar events to reach out to us @ editor@gainako.com  or you can use our online PayPal tool. Personally, I am working on a weekend cultural taste where I will attempt to revive some of our rich cultures, for especially the Diaspora constituency who are away from home and depends on whatever little thing is out there to guide them. Diaspora – You all know how much I love you all, so let us do it!

On that note, we thank our loyal fans and sponsors. Remember, you all can participate. Don’t wait to be called. Times are very pressing but please work with us to do a program.