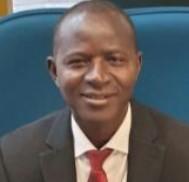 The fisheries sector plays a vital role in the socio-economic development of The Gambia. Currently, there are thousands of Gambians who depend on the sector for fish protein and livelihoods, so any depletion of our fisheries would have far reaching consequences for the economy. Unfortunately, like in many other countries in the sub-region, The Gambia’s main fish species are facing over-exploitation. Although we may not get an accurate and up-to-date data on the abundance of the country’s fish species due to the absence of regular stock assessment surveys, it is estimated that about 55% of The Gambia’s main fish stocks are already over-exploited. The seriousness of this situation becomes clear if one compares our over-fished and over-exploited figure of 55% to that of Mauritania (41%), Guinea Bissau (7%), or Liberia (10%). To get an even greater sense of the scale of over-exploitation, one must understand that The Gambia is only endowed with a relatively smaller coast line of about 80km, suggesting that the country’s Exclusive Economic Zone (EEZ) is smaller too, compared, for instance to that of Guinea Bissau, Senegal or Mauritania. This underscores the need to jealously guard the EEZ, given its relatively smaller area and finite, yet much valued marine resources. The fisheries policy we adopt must always take into consideration the impact of trawling efforts and fishing technology of the actors operating in our territorial waters.

Over the years, we have witnessed exchanges at The Gambia’s parliament that challenge the executive to come up with better plans to help exploit our fragile fish stocks in order to provide employment and empower the youths. The politicians even talk about getting our own fishing trawlers and building more fish factories in the country. While these ideas may sound good, and if implemented could help to create jobs in the economy and significantly alleviate poverty, one of the most important things we seem to fail to mention in our conversation is whether the health of our fragile fish stocks can actually support such a venture. Any serious country that is concerned about its fisheries and marine resources often conducts stock assessment surveys to estimate the abundance of its fish stocks. The results of these surveys normally determine and inform strategic policy measures that are demonstrably put in place to prudently manage the country’s fish stocks. For reasons that can only be assumed to be negligent, The Gambia’s department of fisheries seems to be deliberately indifferent to the absence of regular stock assessment surveys in our waters.

Thus, it has become commonplace in The Gambia to issue fishing licences to foreign companies even though we are not able to obtain the latest data on the stocks of the country’s main species. To say that this is an utterly weird and dangerous approach to managing a country’s valuable, yet finite resources is an understatement. It is prudent that we possess the latest stock data to help us determine the resource productivity of our fisheries.

At present, concern is mounting over increased trawling by foreign fishing companies in our EEZ. Interestingly, one of those concerns is that, recently, The Gambia and the EU have signed a fishing agreement, which allows EU trawlers to fish roughly 3300 tons of tuna species, as well as 750 tons of hake per year in Gambian waters for €360,000 to be paid by the ship owners and €550,000 to be paid by the EU to the government. This is an extremely bad deal for the country and again it goes to demonstrate how we undervalue the significance of our marine resources. Such a deal brings only minimal benefits to the Gambian economy. Furthermore, in signing the fishing agreement with the EU, the singular focus of the government was on our neighbours signing a similar deal; and it seemed that the deal was considered to be good given that tuna is a migratory species and may not be available in our waters all year round. Unfortunately they cannot guarantee that these fishing trawlers would target only tuna species and that the actors would observe all the regulations meant to protect our fish stocks and other components of the fragile marine ecosystem.  In fact, some government officials have justified the deal’s merit by stating that tuna is of little economic relevance to Gambians since we do not consume it and even do not have the capacity to catch this particular species. This is a colossal mistake. We should be able to robustly negotiate with any of our partners especially in regards to the exploitation of our desired resources. It is time for us to think beyond the blind pursuit of just any deal with our partners from the global north. This is precisely the moment to think about signing deals designed to enhance the sustainable management of our fisheries, increase revenues for the government and create jobs for the youths. For a very long time, The Gambia has been in the habit of blindly exploiting its fisheries resources and even letting in foreign vessels to fish without having solid scientific information about the abundance of its fish stocks. There is an urgent need for the country to purposefully re-think its fisheries policy if we wish to sustainably exploit our valuable, yet finite marine resources and pass them on to the future generations.

Madi Jobarteh: What does Barrow Understand or Not Understand?

Momodou Ndow: Fafa and the Junta