In a report released on Sunday, the BBC claims it holds evidence that Aliou Sall, the younger brother of President Macky Sall, allegedly received bribes related to the award of two oil and gas fields to a Romanian-Australian businessman named Frank Timis. The president’s brother denies these allegations and calls them “imaginary payments” in his press conference reacting to the BBC Investigation.

“The $10 Billion Energy Scandal” video documentary released on Sunday, June 2nd by the BBC Africa Eye and Panorama has created a shock wave in Senegal. The 28 minutes video documentary has created a huge debate in the UK as the wealthy Frank Timis has managed to evade taxes and paid only £35.50 pounds in one year after receiving payments totaling £670,000 pounds in the same year, 2017. In 2016 its alleged that he paid no tax at all.

In a twist of fate or by design, as the report shows, Frank Timis’ company Petro-Tim had no prior experience in oil exploration was surprisingly awarded the exploration rights to two oil blocks. It’s now apparent that they had no intention nor the capacity to explore oil offshore but instead acted as middle men to cash in later by selling their shares to oil giant British Petroleum (BP).

The BBC documentary highlights how BP agreed to pay $10 billion in royalties to Frank Timis. The self styled Godfather of West Africa struck gold when he signed the controversial oil deal in 2012 with Senegal.

Above all, the report states that, as early as 2012, Timis turned to Aliou Sall – the brother of Macky Sall, who had just been elected President – first as a consultant and later as head of Petro-Tim Senegal.

The BBC alleges that Aliou Sall received a payment of $250,000 dollars during the recession of the blocks by Frank Timis British Petroleum. According to the BBC, the sum was paid on June 5, 2014 to the company Agritrans, an LLC founded by Aliou Sall in 2011, whose management had been entrusted to Abdoulaye Thimbo, his uncle.

“A payment that looks like a bribe”, accuses the report, which claims to rely on an exchange of mails between Frank Timis and his offshore trust in which the businessman claims $250,000 to cover the alleged payment of taxes to the State of Senegal.

The President’s brother Aliou Sall also doubles up as director general of the Caisse des Dépôts et Consignations and mayor of Guédiawaye, a commune in the suburbs of Dakar. Faced with the accusations of corruption by the BBC which has deepened resentment on social media, he organised a press conference on the 3rd of June 2019.

In front of a forest of cameras, Aliou Sall was emphatic that “it’s absolutely wrong! I never – directly or indirectly – received $250,000 from Timis Corporation or Agritrans. It’s an imaginary payment” he said. He adds that he “never made any request for payment of any tax for Senegal” when he was the manager of Petro-Tim Senegal.

Among the documents produced by the BBC, the contract of employment that binds Aliou Sall to Frank Timis, signed by the two men. It includes monthly stipends of $25,000. “Like any worker, I have negotiated my contract, but the amount of my salary is not illegal or unusual in the oil and gas sector. Some of my colleagues rceived more than me” said Aliou Sall.

Abdoul Mbaye, then Prime Minister and co-signatory of the concession award decree to Frank Timis – whose testimony also appears in the report – is insistent that “the conflict of interest is obvious”.

Questioned on Monday by Jeune Afrique, he reiterates his accusations: “This contract proves that most of the gain of Aliou Sall did not come from his work as administrator of Petro-Tim, but from obtaining the signature of his brother President Macky Sall.”

The accusations sparked a case that erupted in 2014 after the discovery of promising deposits in the two offshore blocks attributed to Frank Timis. “It is undeniable that the position of the President’s brother in Petro-Tim was the driving force behind the signing of the decree by Macky Sall,” adds Pastef Opposition leader and MP Ousmane Sonko. In 2017 Sonko wrote a book highlighting the “Sall clan” in his expose titled ‘Oil and gas in Senegal – chronicle of a spoliation, dedicated to the opaque management of the energy manna’.

“At the time, I did not have the material the BBC had, so I could not speak openly about corruption. We knew that there was a conflict of interest, we now know what was behind. Frank Timis should never have existed in Senegalese oil judges the one who has now become a political opponent against he Senegalese President.

Aliou Sall, for his part, recalls that the first decree allocating oil blocks to Frank Timis was signed by Abdoulaye Wade on January 17, 2012, while Macky Sall was not yet president. “After the alteration, Macky Sall confirmed this decree, already signed, as part of the continuity of the state,” he said, saying “ready to respond to any commission of inquiry or international tribunal that would ask for it”.

For the moment, no investigation has been opened by the Senegal’s Judiciary on this case. 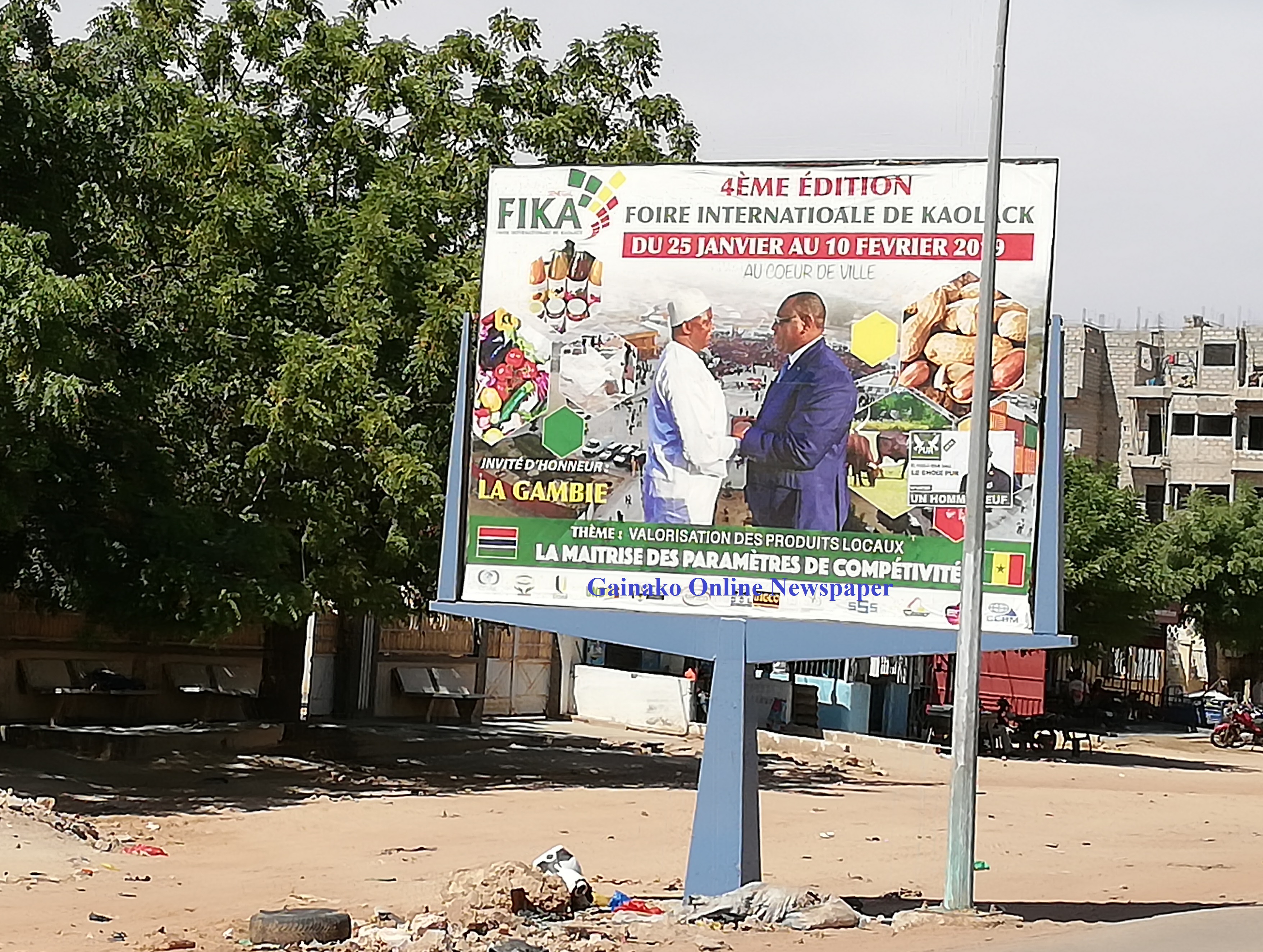 On the sidelines of the Eid el Fitr prayer, the head of state, Macky Sall reacted to the controversy sparked by the BBC investigation, incriminating his younger brother, Aliou Sall, in a scandal over the management of the country’s oil and gas contracts.

“Beyond this private aspect on which I cannot intervene, I want the truth to be restored and the government will do it without delay, today,” he promised, ensuring that “on governance, never has a country made so many anticipations to avoid pitfalls in relation to the resources that will be exploited in the coming years”.

Macky Sall also insinuates that Senegalese are used for fighting over issues of oil and gas exploitation. “I am aware that Senegal is now an oil and gas country, will not fail to arouse lusts and provocations using even citizens” said President Sall, before recalling the collection of measures that his government has implemented for the proper management of Senegal’s resources, notably COS Petrogaz and the National Institute of Oil and Gas (INPG).

For the rest, I will let the government provide useful details and follow-up on this case” he concluded. 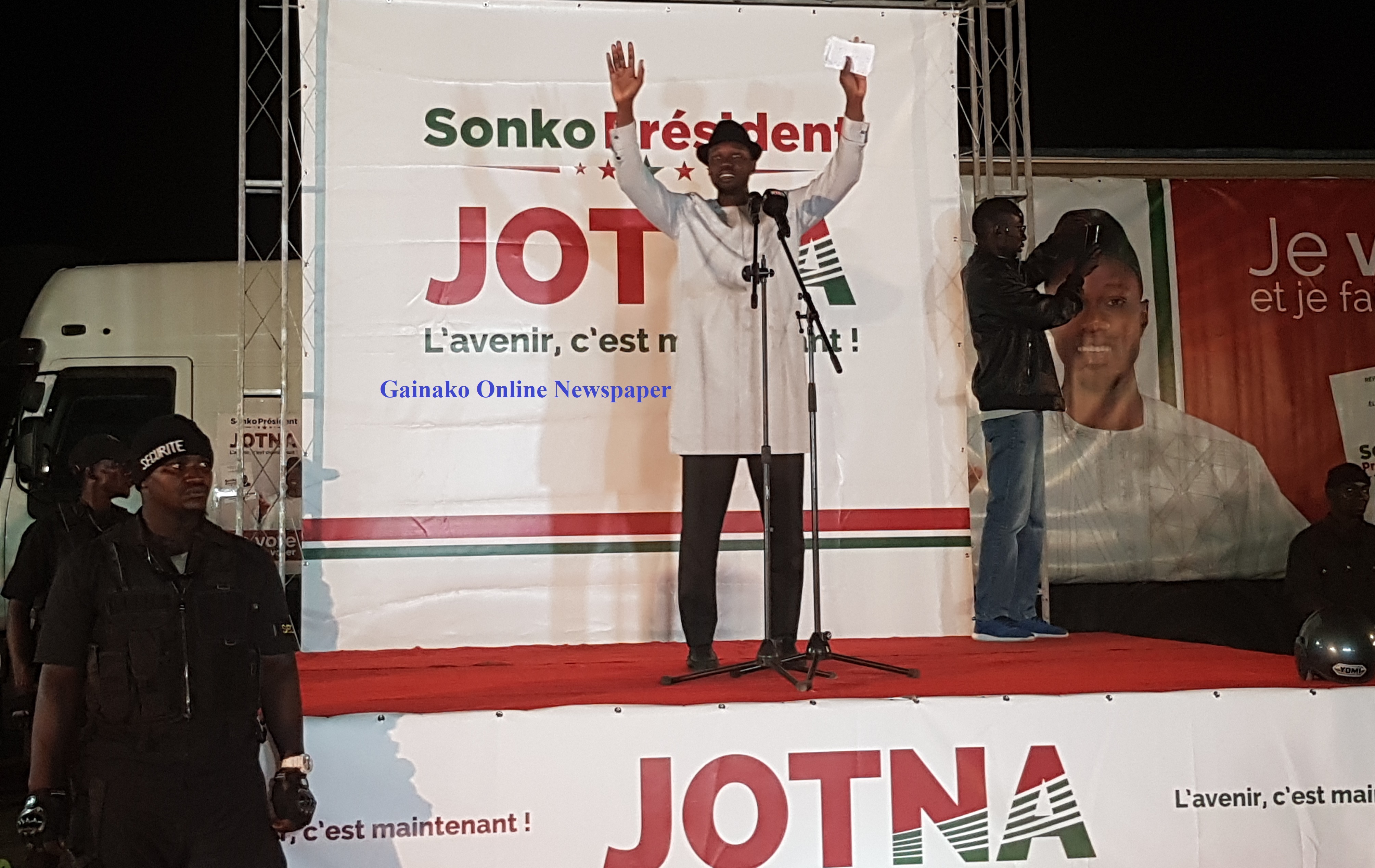 On his Facebook page, Ousmane Sonko lashed out at Macky Sall’s reaction to the BBC’s revelations about Senegalese oil and gas. After attending the koriteh prayer on Wednesday at the Grand Mosque in Dakar, the head of state, pronouncing on the charges against his brother, hinted that the British media is remote controlled by dark forces, who want to destabilize Senegal. This is the full statement from the Pastef’s President.

“I am amazed by the statement made today by Macky Sall at the conclusion of the Eid-el-fitr prayer on the BBC case – Oil and Gas from Senegal.This man does not respect his people and has reached a level of contempt and disdain unimaginable. Here is a man who, having sacrificed Khalifa sall for accusations a thousand times less serious, comes to throw us in the figure that he and his family pass before the 15 million Senegalese.”

“I, Ousmane Sonko, accuse him of being the only one responsible for this corruption which hides dozens of others. He is responsible for characteristic facts of high treason as I had already developed in my book Oil and Gas Senegal: Chronic Spoliation.”

“This man lost all credibility to lead Senegal and Senegalese. I call on Senegalese, especially this sacrificed and forgotten youth, to mobilize massively and constantly in the coming days to protest against all the scandals that punctuate their governance until the appropriate measures are taken.”

“This is not the fight of a man or a group. The Senegalese people must for once assume and express themselves in the face of such a level of betrayal of their sovereignty by a bunch of state adventurers.”

The Senegal’s Foreign Affairs Ministry is also due to conduct a press briefing on this issue.