You are at:Home»Business Economy»SEMLEX ID Boycott – Why President Barrow may be the last to worry?

On Friday 21st September 2018, President Adama Barrow announced that Gambian Identity documents will be processed by Belgian company SEMLEX and made available for purchase on October 1st, 2018. This decision coming after immense pressure from inside and outside the country for The Gambia to sever ties with SEMLEX  who are currently being investigated for money laundering, fraud and corruption.

SEMLEX have been accused of selling between 5,000 to 10,000 Comoros Island passports to foreigners who undertook minimal vetting. Currently, Comoros is seeking assistance from US and Interpol to vet buyers of Comoros passport buyers. According to Reuters “Semlex won a contract to produce biometric passports in Democratic Republic of Congo. The deal greatly increased the price citizens have to pay for passports, and documents showed a Gulf company owned by a relative of Congo’s president received a significant chunk of the revenues.”

Reacting to the announcement that SEMLEX will be processing Gambian identity documents, Hon. Toum Njie for Banjul South aired her concerns. “I’m totally disappointed to see that after so much effort and advice our government still went ahead to sign a deal with Semlex for our National Documents. I had hope for my country but all that hope has now vanished. I can see that we have a team trying to get involved in criminal actions as our leaders as only the criminally minded would want to work with alleged criminals.”

The outspoken lawmaker boldly declared that if the President fails to look into the matter he “has conducted himself in a manner which brings … the office of President into contempt or disrepute; as it known that Semlex as [a]company is under investigation in many countries.” If Gambian national assembly members pursue this course it could lead to the commencement of impeachment proceedings. 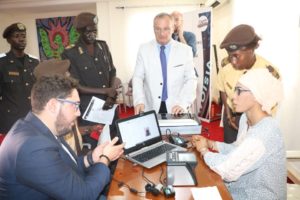 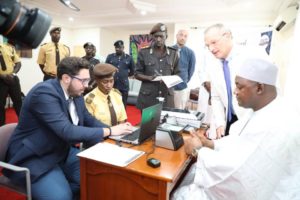 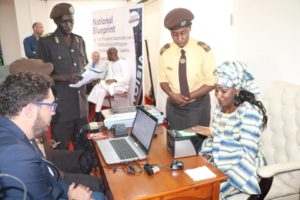 The issues engulfing this matter are quite significant, citizens are concerned that;

In this regard, there has been a huge reaction from Gambians across social media over the manner in which the Government has handled the SEMLEX issue. Now deceased, the owner of Pristine Consultants, Dramman Touray, was in a key position to deliver the printing of Gambian identity documents. Unfortunately, the Gambian businessman was cold-shouldered from the deal with officials opting to proceed with SEMLEX instead. This decision was a shock after numerous advice inside and outside the country and the significant issues other African countries have suffered in the hands of this Belgian company.

This Monday, Gambians commenced advocating for a boycott of all SEMLEX identity documents because of the perceived corruption and cost. It’s alleged that Gambian ID cards will be sold for D450 Gambian Dalasis with passports costing considerably more. If every Gambian (2 million) pays D450 for an ID card that could generate a grand total of D900 Million GMD. More importantly, any Gambian applying with SEMLEX is giving their information to a fraudulent company known to sell passports to foreigners and using kickbacks to secure contracts in Africa. There is another value that many Gambians may not be aware of. In the world of information technology personal, sensitive information on people is very valuable and can be sold for a huge profit.

It looks as if confirmation of one’s national identity through proper documentation is certainly an expensive adventure in The Gambia. To ask a Gambian with a minimum wage of D1000.00 to pay D450.00 towards an ID Card is just a tax on the poor ~ Joey Goswell 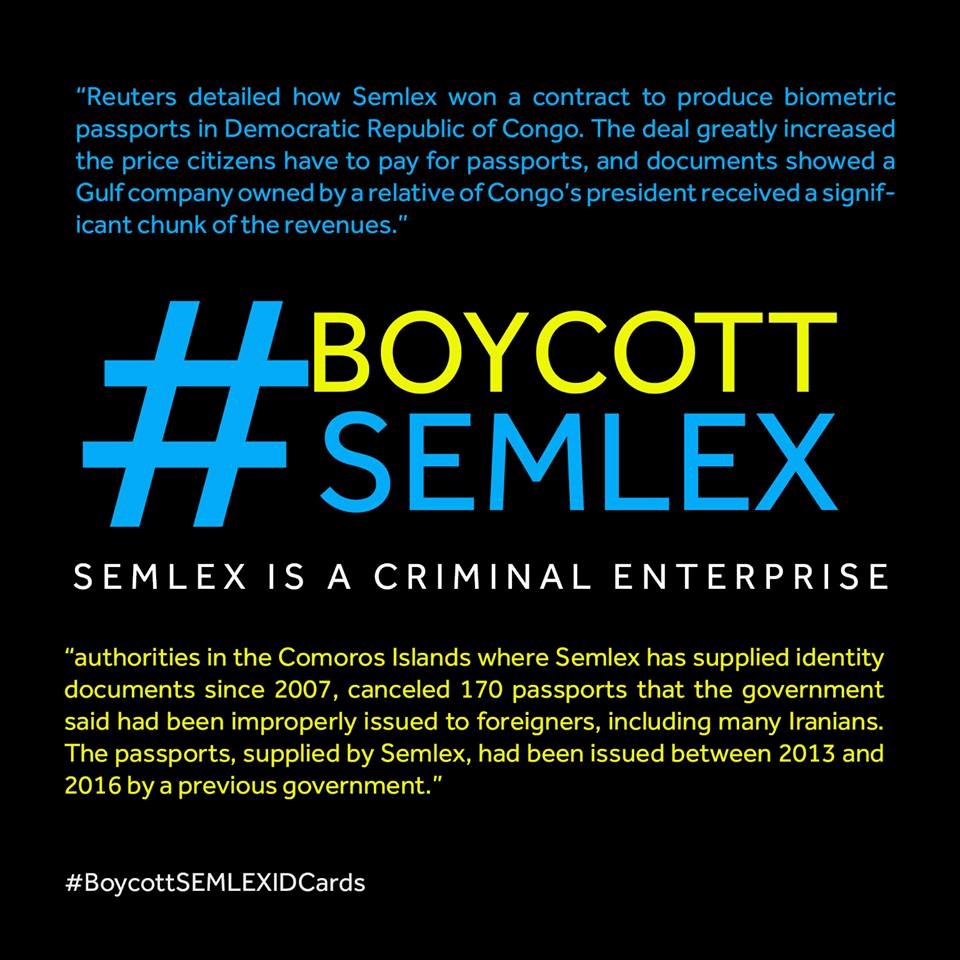 Will the National Assembly respond appropriately?

Already one national assembly member has spoken out on the SEMLEX ID card crisis. However, it’s left to be seen if the National Assembly will officially respond appropriately to secure Gambian National Identity documents from an alleged criminal organisation. According to Hon. Touma Njie a committee was launched to investigate the matter of the SEMLEX ID cards, however, the results of the investigation which are still pending have been rubbished by the executive who “have given no regard to the NA in this matter … I am not aware of the concluding of the committee in charge of the investigations on the matter. I, therefore, see it fit that the Advisory Committee … advice HE of his duties.”

Ending in an emphatic note the outspoken national assembly member stated that “the fact that The Executive is exposing our National identity to such a company is a misconduct, therefore. I call upon every Gambian to call on their respective MPs to ask the president to step down. He had breached his oath by compromising our country. We took an oath to serve the country and not an individual.”

At the moment it seems President Adama Barrow, pictured above providing his personal data to SEMLEX, may not be aware of the gravity of the situation. At the end of the day, how this standoff pans out will speak volumes on the strength and independence of Gambian Institutions, with focus on the National Assembly expected to provide oversight of the Executive. At this rate, President Adama Barrow might be the last Gambian worried when impeachment proceedings commence on his Presidency.