You are at:Home»Editorial»Security Sector Reforms: An Overview

Security Sector Reforms (SSR) is an ongoing process which “should address the actual security needs of a nation and its unique security landscape“¹. According to Alagie Barrow “typically, SSR undertakings are designed to respond to limited notions of the physical security needs of a government as opposed to a broader and transformative notion of human security“¹.

This report is an overview of the SSR process which has begun in The Gambia and is set to continue into 2020. The Security Sector Assessment (SSA) was first conducted in 2017 followed by the National Security Policy (NSP) which was launched recently by President Adama Barrow earlier in June 2019. Two more documents are expected to be released in the fourth quarter of the year which will progress efforts towards the government’s SSR objectives. 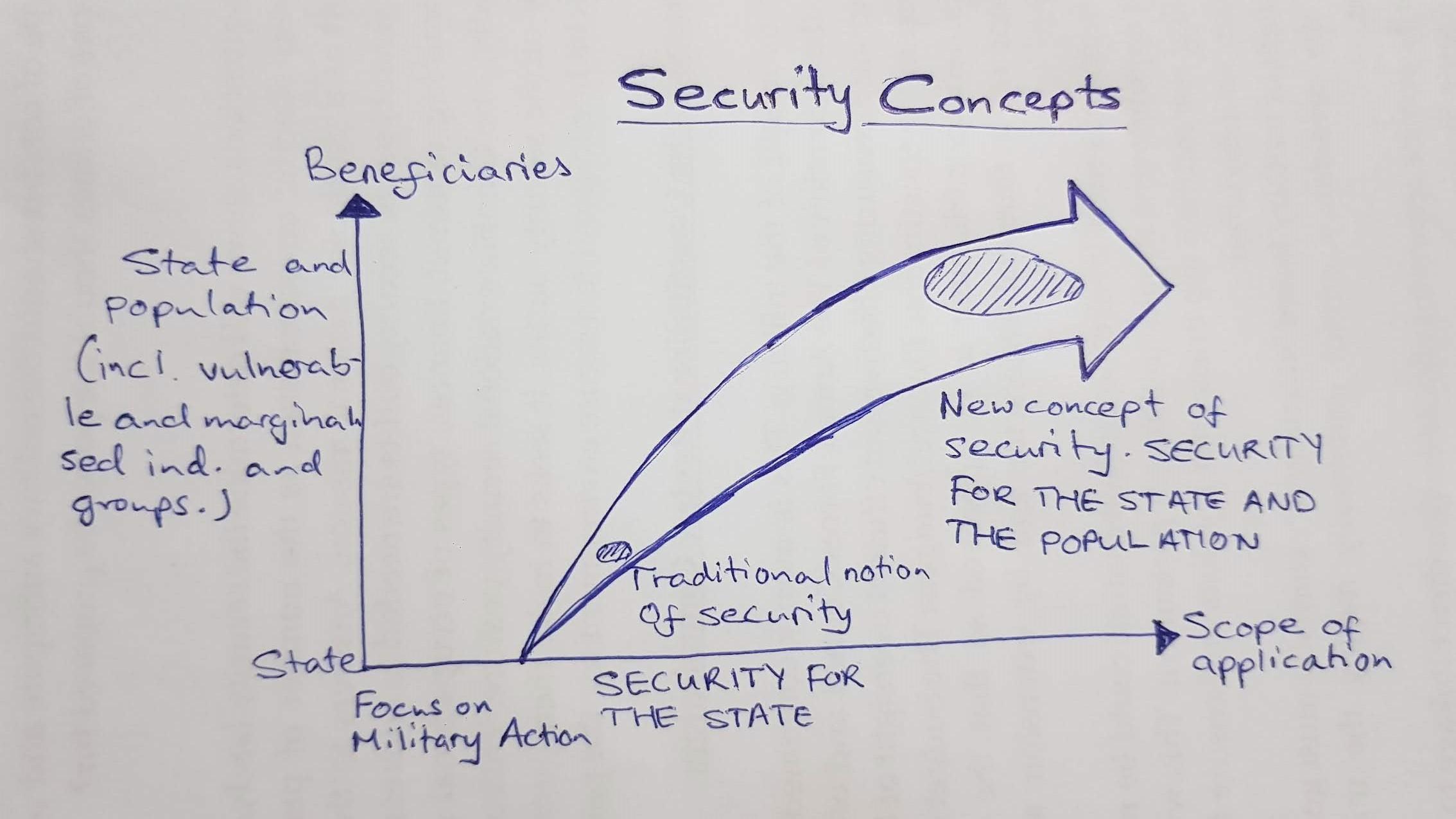 According to Barrow “The Gambia River Police, the progenitor of army known then as The Gambia Company, was formed in 1855“1. He added that “up until its disbandment, The Gambia Company existed to protect the British interest in West Africa and not necessarily the wellbeing of The Gambian people“¹.

In an exclusive interview with Senior SSR Adviser to the government, Dr Jonathan Marley of the Geneva Centre for Security Development and the rule of law he explains “I think in a lot of countries what you see is security institutions that focus on the state or components of the state so they will work directly towards the President”² which is a narrower interpretation of security.

To underscore his point Dr Marley gave an example of “support to communities in situations like national disaster”². In his view his focus is on “taking institutions away from a very narrow understanding of what their purpose is to a much broader understanding that includes serving the people and ultimately that’s what you want”².

“That you want institutions who first and foremost look to serve the best interest of the people and that overall the bedrock of that enterprise is functioning democratic systems, respect for human rights, respect for gender issues an adherence to legal frameworks and good governance practices so that these institutions behave in a way people appreciate and have confidence in.”²

Security Sector Assessment (SSA) “Very analytical, an analysis of the security sector within the Gambia and its implications across the Gambian Government and society.”²

As a means of implementing the reforms outlined in the strategy documents “programs and policies will be developed for them [various security institutions]over the next; I would say 12 to 18 months outlining the kind of change that they have to deliver. So we’re still in many ways at the foundation stage”².

According to Dr. Marley “all going well you’re looking at 2020 but that assuming that everything goes smoothly with these kinds of discussions quite often there are breaks in the system and it can be slower”². Nonetheless he highlights that he expects the government to commence work on some areas that they feel they can address immediately. The reason for doing that he says “that’s important from the public point of view because I think the public will want the reassurance of seeing some change in the security sector so that they can have confidence in the overall process”² 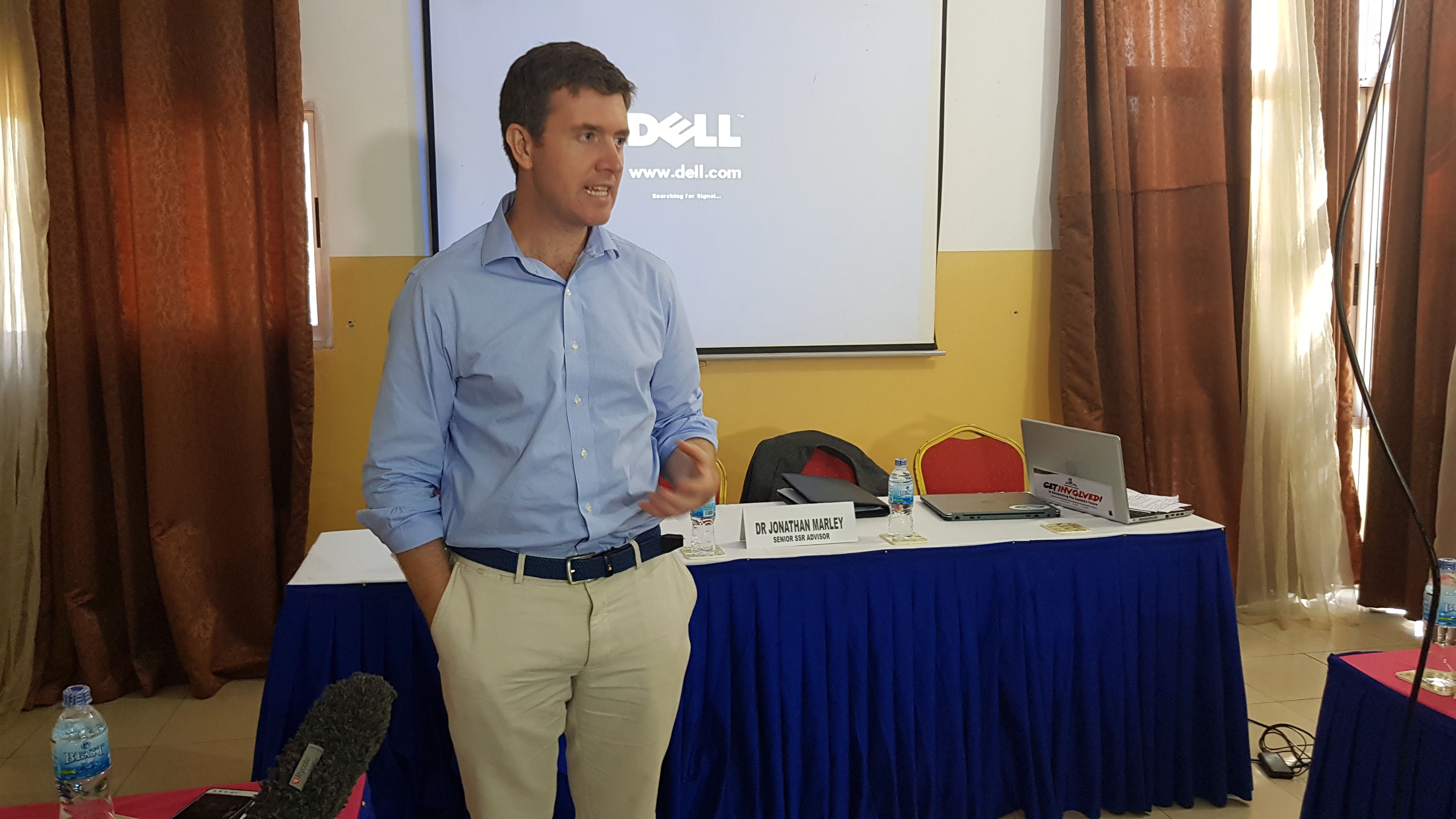 It’s expected that the Truth, Reconciliation and Reparation Commission will submit recommendations which will feed into the SSR process. A significant number of security service men, some of which are currently serving have confessed to human rights violations. Who will be expected to implement the reforms? Can senior service men and women in leadership positions accused of human rights violations realistically usher in a more democratic, civilian centered security service?

The SSR is a unique opportunity for Gambians to redefine what security means in the Gambian context. What are our Security needs and challenges as a nation? Is the yearly natural disaster more of a priority? Should the Army be involved in commercial activities? Most importantly the discussion of right sizing cannot be examined thoroughly without sufficient citizen engagement. It’s time for citizens to feature more prominently in deciding the Gambian security service they want.