According to a press release from State House dated 7th July 2020 “in exercise of the powers conferred on him by section 34(6) of the 1997 Constitution, His Excellency, Adama Barrow, President of the Republic of The Gambia has declared a State of Public Emergency in the whole country”. With the power to declare emergency regulations the press release also reminded the public “that the COVID -19 Emergency Regulations issued under the Emergency Powers Act shall continue to apply during the period of the State of Public Emergency”. This raised some eyebrows if the President had the authority to continue to apply regulations. 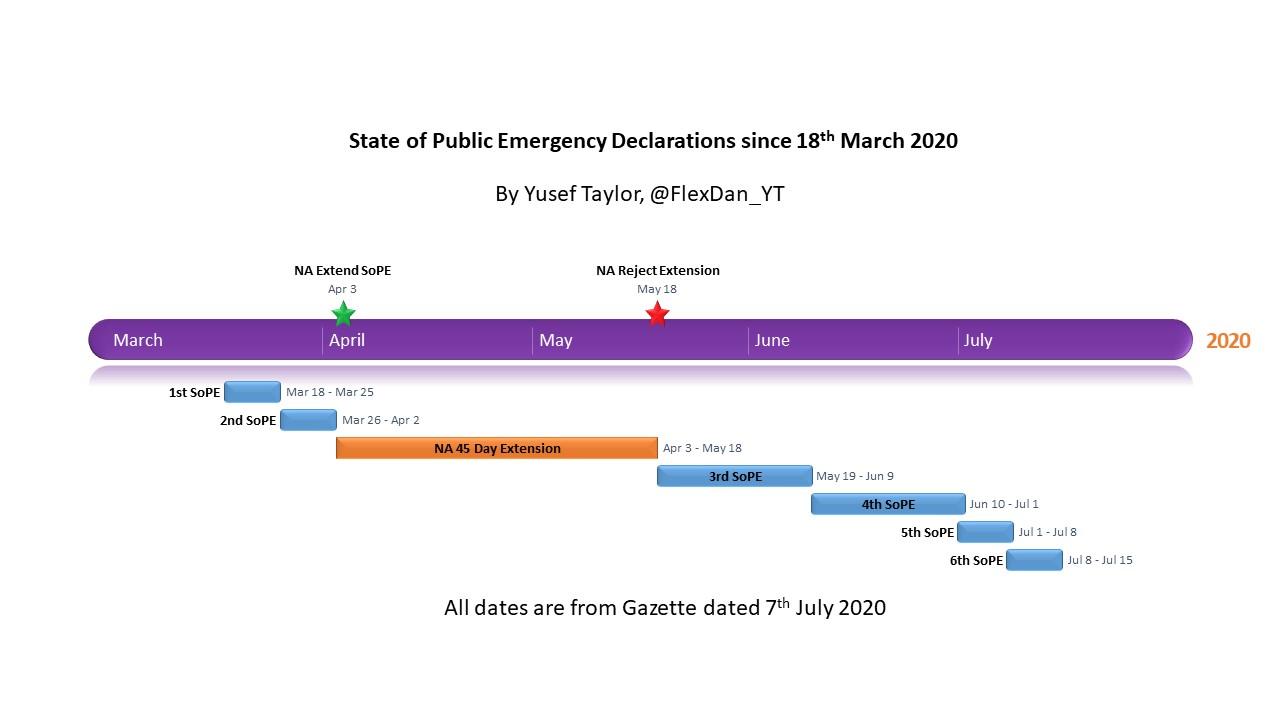 It was expected that the National Assembly would debate a 45-day extension of the SoPE to be made effective on Wednesday 1st July 2020. According to the National Assembly member for Banjul South, Hon. Touma Njie if NAMs approved the extension it would allow Parliament “to approve and control the regulations and revoke if the need arises rather than the executive again using its executive powers to proclaim”.

According to the outspoken Parliamentarian, “this is not only a health issue since it affects our livelihoods. I have since been requesting for the Finance Ministry for a budget Re-appropriation of the approved budget to no avail. Thus, showing that the Ministry is inept, in the disillusion of reality or against its own government’s development agenda. We all know that we are in extraordinary times requiring extraordinary measures. A SOPE with no proper measures is as good as no SOPE.”

In a bizarre turn of events, the Executive was expected to table a request for a 45-day extension on the 30th of July 2020. National Assembly members were seated in anticipation, all of a sudden the Speaker of the House announced that “we have received communication from the Office of the President this morning that the Government is no more proceeding with its motion for the extension of the State of Public Emergency.”

Speaking after the announcement Hon. Touma Njie of Banjul South said “I wasn’t expecting this. I respect the rules of law and I was expecting them to bring it to parliament. But they have the right to withdraw it anytime. The state of Public Emergency expires midnight day (30th June 2020). We just have to wait until midnight but I prefer the democratic norms to be followed.” 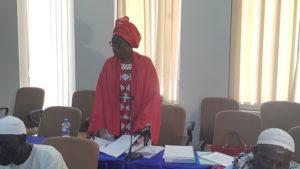 Hon. Touma Njie “Immigration Policies and Processes Should Be Revisited”

In an exclusive interview with citizen journalist Kexx Sanneh, Hon Touma Njie said that “even at Government level they have not been implementing proper. We should look at immigration processes and policies and see how people have been entering this country. Because 80% of the cases are imported coming from Senegal mostly. Also, we have seen some coming from SN Brussels flights recently. So, all that needs to be revisited.”

The following day, 1st of July 2020, the President’s Office declared a seven-day SoPE.

Below is the latest Gazette for the SoPE dated 7th July 2020. 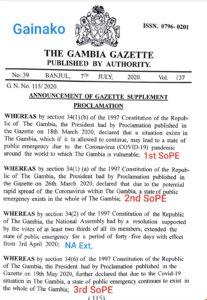 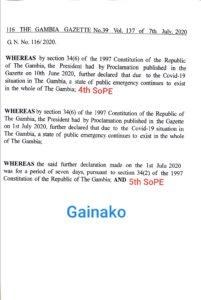 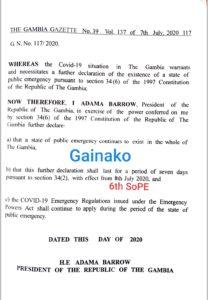