This publication was first issued on the State House of the Gambia Facebook Page on 16th February 2019 on the Banjul project. It featured pictures of President Barrow and former Vice President Ousainou Darboe. The Minister of Works then was Bai Lamin Jobe who was represented by then Minister of Information Hon Ebrima Sillah. The latter has now taken over from Bai Lamin Jobe as the current Minister for Works. Below is the publication on the Banjul project.

His Excellency, President Adama Barrow has reiterated his government’s commitment to transforming the Capital City of Banjul into a modern metropolis that every Gambian would be proud of. He made the pledge at the grand launching of the much anticipated Banjul Rehabilitation Project at KG5 Mini stadium where he announced that the city would be glamourized with state-of-the-art infrastructure to make it more habitable for residents.
Decrying the fact that the City had been neglected for far too long, which led to structural dilapidation of the road networks and incessant flooding and leakage of sanitary wastes, President Barrow said the former regime that lasted for more than twenty-two years could have done better.
He assured that his administration would break away from the past, saying that his government attaches great urgency to entirely overhauling restoring the city’s lost glory. He called on businesses and commercial entities in the city to live up to their corporate social responsibilities. 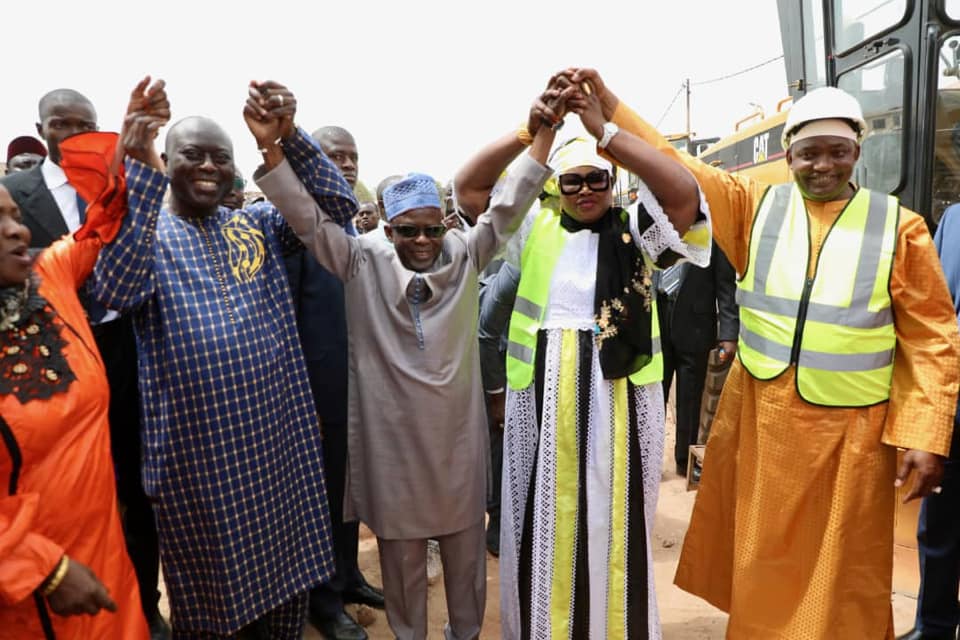 The Minister of Works and Infrastructure stated that the scope of the Banjul Rehabilitation Project, which includes the construction of 37 KM of roads and the rehabilitation of the entire drainage and sewage systems, is expected to be completed in 5 years.
Hon. Bai Lamin Jobe, who was ably represented by Hon. Ebrima Sillah, Minister of Communication, added that the estimated cost of the project is $35.6 million and Gai Enterprise will pre-finance the first phase – the sewage works, which is in a very critical state of disrepair, posing serious health hazards.
Post Views: 5,289