At least two Parliamentarians in the persons of Hon Omar Darboe of Upper Nuimi and Hon Lamin J Sanneh of Brikama South have promised to advocate for the increment of the Resilience of Organizations for Transformative Smallholder (ROOTS) Agriculture Project.

The ROOTS Project was launched in 2021 by President Barrow to increase agricultural productivity and access to markets for enhanced food security, nutrition, and resilience of family farms and farmer organisations. However, it has been revealed that there is a US$20.6 Million funding gap affecting the project.
Hon Omar Darboe who doubles as the Chairperson of the Select Committee on Agriculture has informed Gainako during an exclusive interview with Journalist Yusef Taylor that the select committee will advocate for the increment of the ROOTS Budget in the 2023 Budget set to be tabled in Parliament before the end of the year.

“We would make sure that the budget line increases because by looking at it it’s important and is necessary for that line to be increased and there is no doubt. I think the Ministry of Finance, the Ministry of Agriculture will take heed of our advice as a select committee because that’s our responsibility to advise and direct them and which we will do… we would make sure that budget line increases definitely” says Hon Darboe. 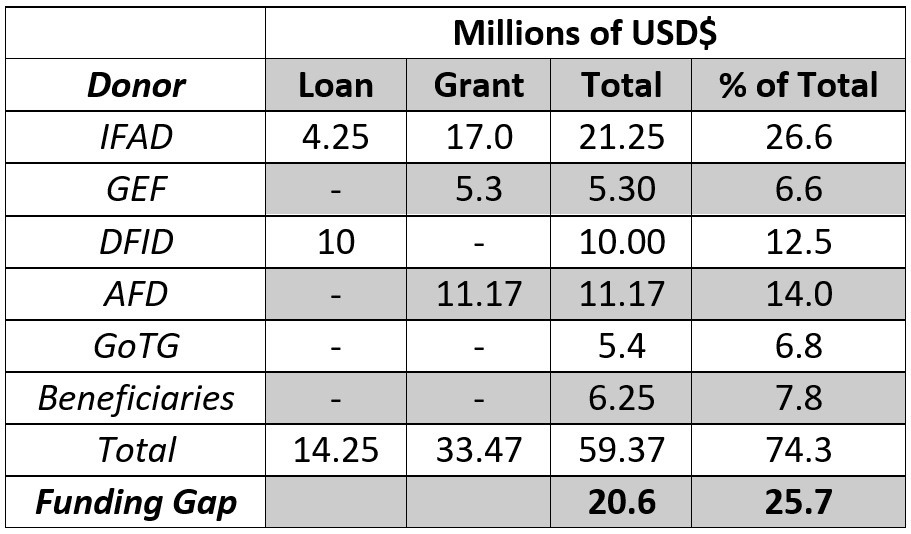 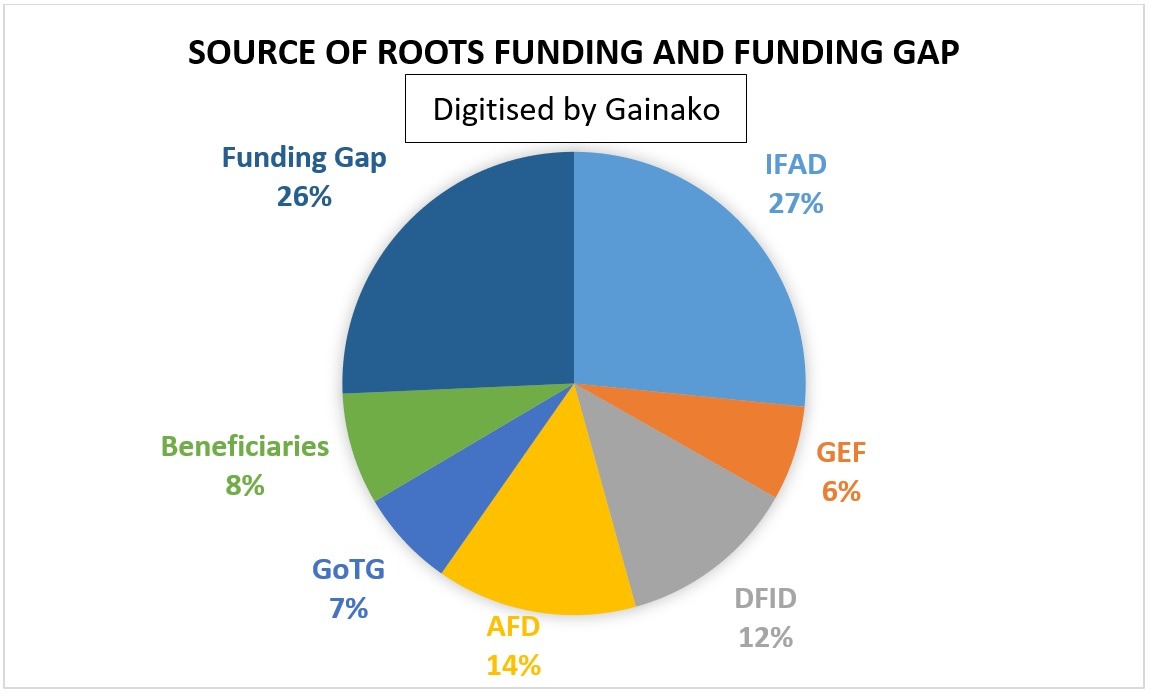 During an engagement organised by the Gambia Chamber of Commerce and Industry (GCCI) between Representatives of the ROOTS Project and some stakeholders from the Agriculture Sector, it was revealed that the project required US$80 Million for its complete implementation. However, the project currently suffers from a funding gap of US$20 Million.

The presentation delivered by the ROOTS Representative revealed that the Gambia Government has invested US$5.4 Million worth of services, not to be confused with cash payments towards the ROOTS Project.

The biggest source of funding for the ROOTS Project is from the International Fund for Agricultural Development (IFAD) which has provided a total of US$21.25 Million of which US$4.25 million is a loan to be repaid while the remaining US$17 million is a grant.

In follow-up engagement meetings, Representatives of the ROOTS Project engaged Parliamentarians on the funding gap their project is faced with, in anticipation that they would reverse this in the 2023 Budget.

Speaking to Hon Omar Darboe after the engagement he recalled that when the Fifth Legislature was informed of the US$80 million ROOTS project, “the whole National Assembly were somehow very happy especially when we were informed that it’s going to intervene in 39 districts of the country”.

Committee Chairperson Hon Darboe noted that his committee can play a vital role as they can lobby and “influence National Assembly to increase more [ROOTS Budget] which we will do”.

“There is a necessity now for the select committee to tighten their belt to see the partners and to see the people responsible for mobilizing these funds to do what is urgently needed because Gambian people are in need of these funds and they want to see [the] ROOTS project executing their activities as they promise since the inception,” enthused Chairperson Darboe.

Meanwhile, the member for Brikama South, Hon Lamin J Sanneh, who is also an active member of the Select Committee on Agriculture and Rural Development reiterated his Chair’s statement that they will advocate for an increment of the ROOTS Project Budget.

“The [2023] budget is coming. We can also see how we can extend the Agricultural budget and make sure ROOTS is adequately catered for. So, as a committee, we can do that advocacy during the bilateral and we can bring the two ministries together put them to task, [and] come out with a framework [on] how are we going to improve in the area [of] disbursement, how are we going to look for funds particular the funding gap, how are [we] going to bring those things,” said Hon Sanneh.

The Brikama South Parliamentarian stressed that their Committee will “challenge the Agricultural Ministry to come out with a regulation whereby some of these goods that are produced in the country will be banned from coming in so that we can allow our own people to produce what we are going to eat,” this he says is amongst the solutions to keep Agriculture sustainable in the country.

Watch the interview in the link below.

Edrissa Jallow is a journalist with over three years of experience working for two online media platforms. Mr Jallow joined Gainako News during the Nomination process for the December 2021 Presidential Elections. Since joining Gainako, Mr Jallow has published over 50 stories in less than a year. He is currently a final year student at the Media Academy for Journalism and Communications (MAJaC), a leading journalism training institution in The Gambia. Mr Jallow is currently the Project Manager of The Gambia Parliamentary Newsletter and reports extensively on Parliamentary proceedings.