The Ministry of Finance and Economic Affairs (MoFEA) published the approved 2021 Budget in the first week of January 2021 featuring a total expenditure of D35.1 Billion from all government funds. According to the budget approved by The Gambia’s National Assembly, total expenditure from the Government’s Local Fund (GLF) comes to almost D22.1 Billion. According to the 2021 Budget Speech delivered by Finance Minister Mambury Njie, “the coronavirus pandemic has impacted negatively on general economic activities, resulting in less than anticipated revenue collections and increased expenditures”.

More Revenue from Loans and Grants

On the revenue front, the Budget plans to raise over D15.5 Billion in Revenues in 2021, with D12.2 Billion coming from Tax Revenue, D1.5 Billion from Non-Tax Revenue and almost D1.8 Billion from Capital Revenue. This highlights that the Government continues to rely on tax to generate most of its funds.

Counting last years losses, Hon Mambury Njie highlighted that “the revenue loss from tax expenditure for the first 9 months of 2020 stands at D2.4 billion (2.5 per cent of GDP), compared to D1.9 billion (2.2 per cent of GDP) in the same period of 2019.” During a media engagement with the Gambia Revenue Authority (GRA), their Director of Technical Services revealed that “as at end of October GRA collected D9,834,031,253 Dalasis” meaning that GRA collected over 84% of its Tax Revenue collection target for 2021 within 10 months. 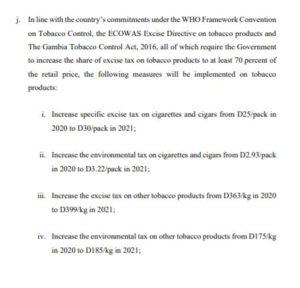 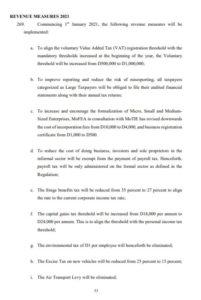 This year the government has planned a significant number of tax reductions, according to the Budget Speech “the Air Transport Levy” and “the environmental tax of D1 per employee will” both “be eliminated”. “Excise Tax on new vehicles will also be reduced from 25 per cent to 15 per cent.” However, tobacco and tobacco products will face an increase of “at least 70 per cent of the retail price”.

One of the notable tax reforms this 2021 is the increase of the voluntary Value Added Tax registration threshold which should signal income-generating entities to voluntarily declare their tax. The budget speech highlights that “to align the voluntary Value Added Tax (VAT) registration threshold with the mandatory thresholds increased at the beginning of the year, the Voluntary threshold will be increased from D500,000 to D1,000,000.”

To better understand the Government’s revenue estimates we consulted a former Finance Minister Hon. Abdou Kolley. We asked him his view of the estimates and how realistic they were. He explained that “to determine how realistic the revenue projections are, one has to look at the underlying assumptions. As these are not handy, my opinion based on the trend, and taking into account the ongoing covid19 situation, is that the projections look reasonable. That said, our economy remains largely dependent on sources of revenue (agriculture, tourism, International trade taxes) that are highly volatile and susceptible to various domestic and international shocks, thus the need to rethink our strategy.” 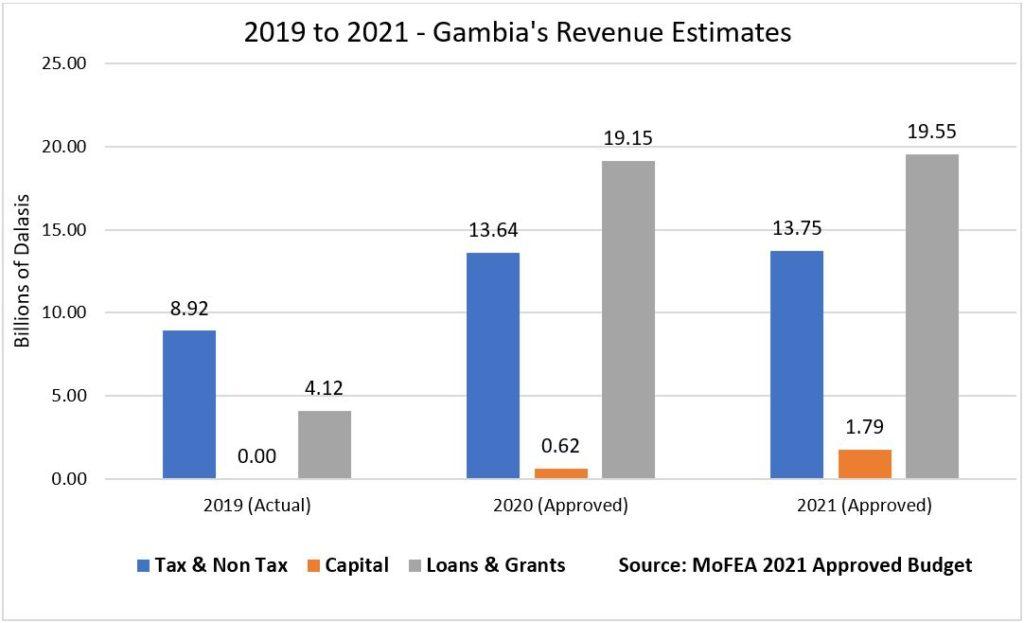 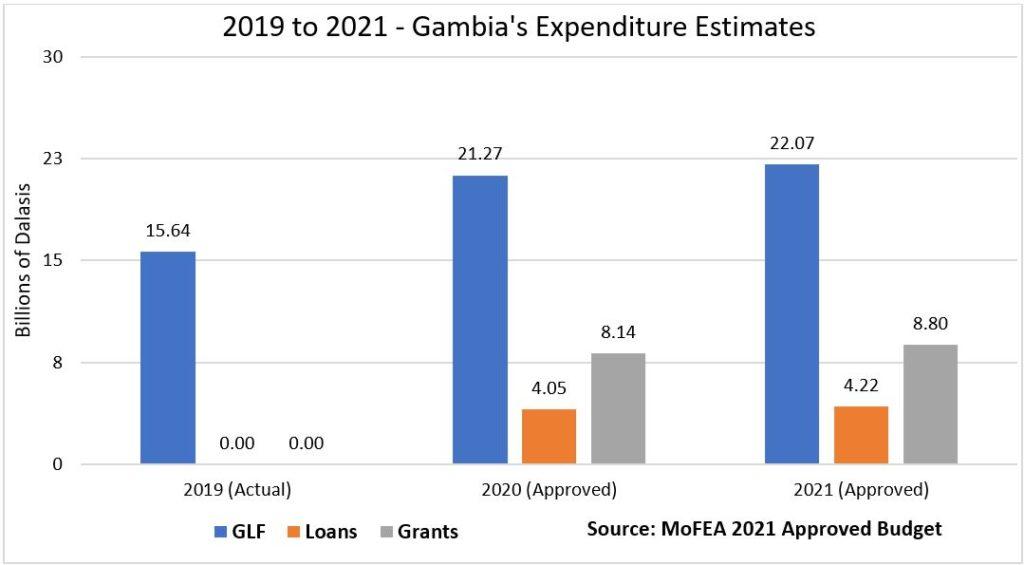 GLF and All Funds

Below is the 2021 Approved Appropriation Bill which includes all of Government’s expenditure in 2021 from Government’s Local Funds and All Funds. We asked Hon. Abdou Kolley to define the two terms and explain their differences for better understanding.

Government Local Funds – These are monies that the National Assembly approves to meet government operations from the Consolidated Revenue Fund (which comprises of domestic resources and any donor contributions channelled through the budget (budget support grants)).

All Funds – This is a nomenclature used in the budget to refer to the sum of government local funds (Consolidated Revenue Fund) and all other donor funds (loans and project grants) that are estimated to meet the overall government expenditure for the year.

What is the difference between the two? The difference is that Government Local Funds are resources that must first be lodged in the Consolidated Revenue Fund and then appropriated for use by the National Assembly, while All Funds include resources that do not go to the CRF. 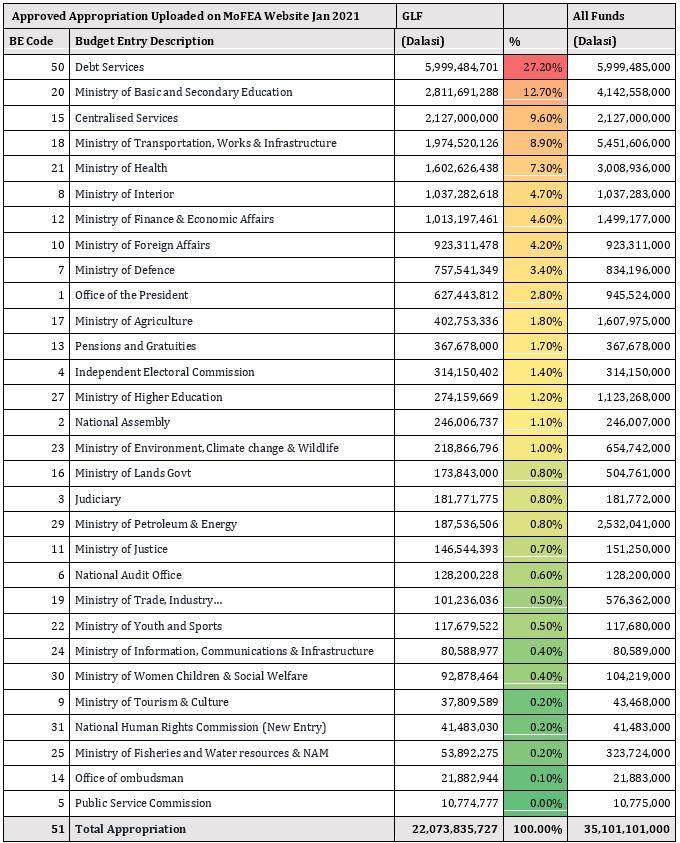