Open Society Forum, The Gambia (OSFG) launched their voter’s sensitisation campaign on Thursday 4th February 2021, to “build a cohort of informed and engaged Gambian youth motivated to make a difference by voting.” The launching ceremony featured speeches by the Independent Electoral Commission’s (IEC) Chairperson, Civil Society Actors and Musicians. Some Political Party Leaders graced the event which took place at the Gambia Tourism and Hospitality Institute (GTHI) in Kanifing.

Alieu Momarr Njie, Independent Electoral Commission Chairman confirmed that Gambians who turn eighteen years old by 4th December will be allowed to register and get their voters card on the spot and added that election is the bedrock of public participation while adding that election and democracy have become a critical issue in the public domain as it allows people to take part in the management of public affairs, therefore, all person who takes part in an election process is expected to do so diligently.

He revealed that they will soon go round registration centres to register everyone who has a birth certificate, ID card or passport on the spot. “You have to vote because what you want in this country, what you want for yourself and your family, you can only have it by putting the right people in the right position”. 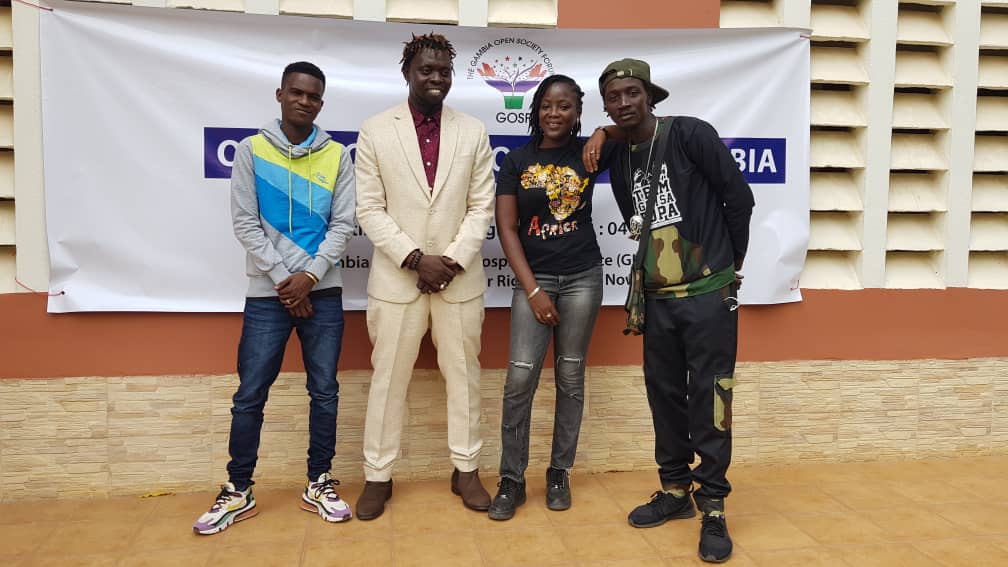 The “Get Out the Vote” campaign will assist first-time voters to navigate unfamiliar steps and complex voting procedures, it will also facilitate the acquirement of voter IDs to first-time voters and educate them on their voting rights as well as encourage them to motivate other voters to register for the 2021 General Elections.

Awa Bling, a Rapper and an Activist advice Gambian youth who are reluctant to vote due to the belief that their vote will not make a difference in the next general election. She expressed surprise at such behaviour and shared her firm belief that voting is the only way people can effect change and see their desire for the country attained. She said politicians go to the rural areas to lobby for votes using goods such as food items to win over people in the rural area but these people, in her view, have a high level of awareness now and will be much harder for Politicians to easily secure their vote. She concluded by calling upon everyone to participate in the upcoming election.

Ismaila Sarr, a member of the OSFG, noted the significance of the campaign saying “in every election cycle, there are like tens of thousands of youths who are first-time voters. Most of the time not all of them are aware of their civic duties because not all of them have access to such education, so processes like these (the campaign), they are very important to make sure that vast majority of them are not disenfranchised.” He continued that this campaign will present most Gambians access to voters cards and voting knowledge.

Mr Sarr also said the process will require hefty resources, mobilization, organization and sensitization but it is a “patriotic duty” therefore everyone has a role to play. He noted that assistance from community leaders, religious leaders, student groups and youth movement leaders will be a crucial factor in guaranteeing the success of this campaign. He concluded that the sensitization targets every age group including Gambians abroad. 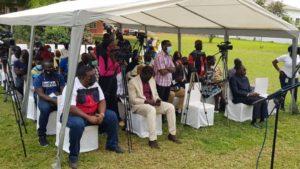 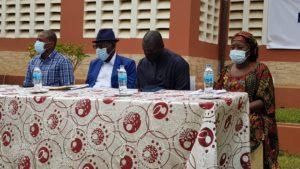 Yusef Taylor, a Media Consultant for OSFG and editor of Gainako Online News said the task is to register every Gambian including those who will turn eighteen years old by 4th December 2021, eighteen years is the stipulated age required to participate in a voting process. He warned that registering all the youth is a huge task, therefore, they need to “mobilize all the resources and Open Society the Gambia alone will not be able to do that”.

He explained that people have to undergo hurdles to acquire national official documents such as ID cards, drivers license etc and these processes comes with heavy expenditure and effort especially for people from the rural area who have to travel a long distance to get to the urban area to process their official documents.

“The more we can assist Gambians to get their official documents in accordance with the law, the more of them we can register so that they can successfully vote and get their voters card, this is why we are launching this campaign and we are calling for all hands on deck,” he said. He urged everyone to “dig up” their document and keep them secure to join the campaign to have the necessary resources and make sure “every single vote count and no vote goes left behind”.