A vibrant exchange of ideas took place at the Sir Dawda Kairaba Jawara Conference Center during a stakeholder half-day meeting on the 2021 Budget on 31st December 2020. The first-panel feature Economist, Nyang Njie who sparked a reaction from a National Assembly member (NAM) when he highlighted that the 2021 Budget has failed the Gambian people by not presenting a Post Pandemic recovery program.

Hon Ousman Touray of Sabach Sanjal disagreed with Mr Njie, first calling him a “Political Economist”: “I really want to disagree with you when you say the budget doesn’t address the issue of the country. I want to take the responsibility that if there is a failure by the National Assembly and the Government, I would want to say the entire country has failed itself. And Civil Society is part of the process.”

From his vantage point, the budget addresses the concerns of his constituency, “for 50 years this is the first time, they are realising that the Gambia is running a budget. So, if you want to say that this Budget is not addressing the Gambia’s problem I will disagree with that statement.”

In response, Mr Njie explained that “the Budget is not responsive to the needs of the people” and “the resources expended in the Budget are not efficiently used or maximising the output or utility of that budget.”

The half-day meeting which featured Civil Society Advocates, Technocrats, the Media and concerned citizens was chaired by newly elected Gambia Press Union Vice President, Muhammed MS Bah in his capacity as a founding member of the Civil Society Coalition on Budget Transparency (CCBT). The CCBT last organised a Post Budget Meeting with the Ministry of Finance in 2018. This year no Official from the Ministry of Finance and Economic Affairs graced the occasion, however, the National Assembly’s Chair for the Committee of Finance and Public Accounts, Hon. Sheikh Sidia Jatta and Hon. Touma Njie of Banjul South featured in two of the panels.

Although the meeting featured former Minister’s like Hon Omar Sey, Dominic Mendy and other NAMs one delegate recommended that future Budget Stakeholder meetings should feature the Minister of Finance and the Accountant General at the National Audit Office. It was agreed that this would be factored into future engagements to ensure that the engagements were more impactful and that all stakeholders were on the same wavelength. 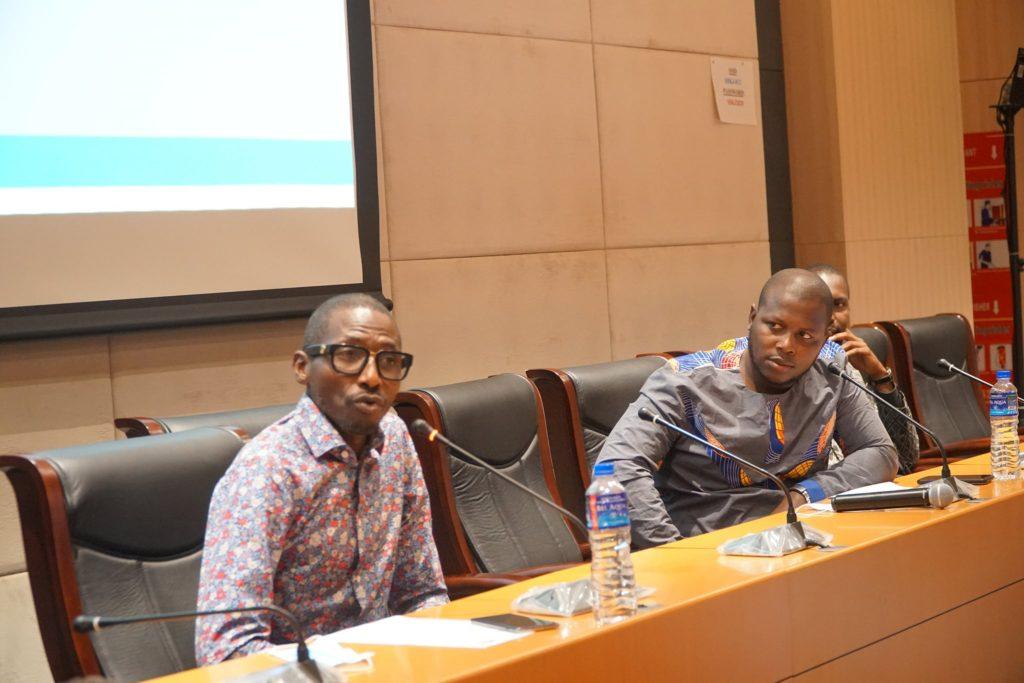 The first panel focused on the Economic Viability of the 2021 Budget, Government’s Priorities and the National Development plan.

Gainako Online News Editor and Coalition member, Yusef Taylor, presented on the 2021 Draft Budget while highlighting some of the Government’s Priorities. According to the Journalist the only Beer Brewery, Banjul Breweries had their “taxes increased from 15% to 75%, which is incredible and this was approved by our National Assembly. The question is, does the Finance Minister table his tax plans early enough for the National Assembly to assess the impact of the tax increment to avoid another Banjul Breweries scenario?” To address this issue NAMs should demand that the Government’s tax plans should not be presented for scrutiny before the final Budget Speech because by then the dice have already been cast.

The second speaker, Hon Sidia Jatta of Wuli West highlighted the challenges that the Gambia faces in the fishing sector, “for 51 years the Gambia cannot afford the means to invest in the fishing sector, there was a fishing company here. I don’t think it existed for even a year it collapsed.” Another challenge he raised is the country’s mounting debt: “the whole purpose of Budget support is meant to give you some time to pay your debt. That’s what brought the ERP in 1985. To pay what you have taken from the outside.”

Speaking on the National Development Plan, Hon. Jatta says “we know that the current Government has formulated a development program they call NDP and they went to Europe to beg for that program to be implemented. They were promised loans and grants, but how much has come. We were told that there’s so much money here they will not be able to finish it.” In his view begging can never develop a country and the same challenge is faced by the African Union which he says has 70% of its budget financed externally. 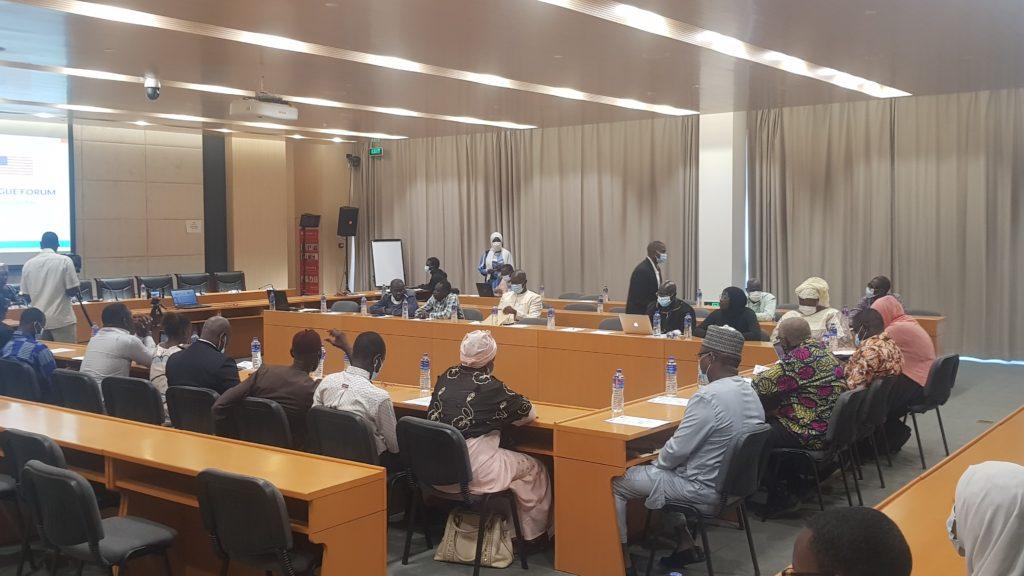 Delegates at the Stakeholder meeting

The final speaker, Nyang Njie is a well-known Economist and critic of the Government’s Economic Policies whose speech evoked reactions from a NAM who disagreed, with other delegates in agreement. In his opinion, “the 2020 Budget as it is, is a spillover of 2018, 2019 and it’s going to spell doom in 2021 and beyond. The cause of what we’re seeing in 2018 allowing Political expediency to take over economic rationale is costing lives and livelihoods.”

In his view the 2021 Budget should have focused on a Post Covid recovery plan to resurrect the Gambian Economy and that it has failed to strive towards this objective. Mr Njie opines that the recent layoff of staff from the SeneGambia Beach Hotel is an example of the lag effect of what started in March, April of this year.

Firing his parting words he urged NAMs to address the procurement system or else “Gambia has become free for all where companies like TBA will give bribes like 700,000 only to get a contract where they have not only been the highest bidder but the difference in their pricing is about 12 to 13 Million so I hope when that comes for a loan ratification at the Parliament you guys will put your foot down that it was morally and ethically wrong for a company that bribed people to win a contract and moreover their pricing is over 13 Million Dollars extra”.

In responding to another delegate’s question on corruption Mr Nyang Njie opined that “2012 – 2017, 2017 to date. Yahya Jammeh was brutally bad but corruption was centralised. Now corruption has been decentralised in the Gambia, free for all to have. Unfortunate.”

One Civil Society Advocate, Muhammed Ceesay questioned Nyang Njie’s recommendation for Government to charge service fees on Telecommunications Company services. He questioned the viability of user fees saying “when I hear these macroeconomic variables sometimes, I am at Mars. For the fact that we really don’t understand what damages these do.”

He recalled another project which introduced user fees, “remember the ERP, one of the conditions was the introduction of user fees on services and that lead many people being unable to access some of the fundamental basic services that they should have as patients. So how would you try to readjust this suggestion vis a vis our economic realities to ensure we put the economy back on its right track?”

In response, Mr Njie quoted Milton Friedman who “once said there is nothing like a free lunch. If you want free there will be no quality in service delivery. Look at Sweden. We have to be fair with the Nation. We cannot expect the Government to pay for everything and we get it optimal. Except if we are a high tax-based economy then everything can be optimal. But what service fees does is it allows public goods to be delivered at least cost means.”