You are at:Home»Business Economy»Media recommendations presented at IRI’s National Consultations on Transparent Management of Natural Resources

At a conference organised by the International Republican Institute (IRI) various stakeholders including the media, Civil Society Organisations (CSOs), government officials, National Assembly members and other actors converged at Djembe Beach Resort in Kololi for a two day conference on the transparent management of the Gambia’s natural resources.

As a member of the media this provided a rare opportunity for dialogue between those in authority the media and CSOs on the management of the country’s natural resources. During the course of the conference a number panelist highlighted that too much attention is dedicated to the oil and gas industry, leaving other resources such as the extraction of sand, hard minerals and deforestation under reported. Few of the panelist argued that the nation’s most valuable resource is it’s human capital. 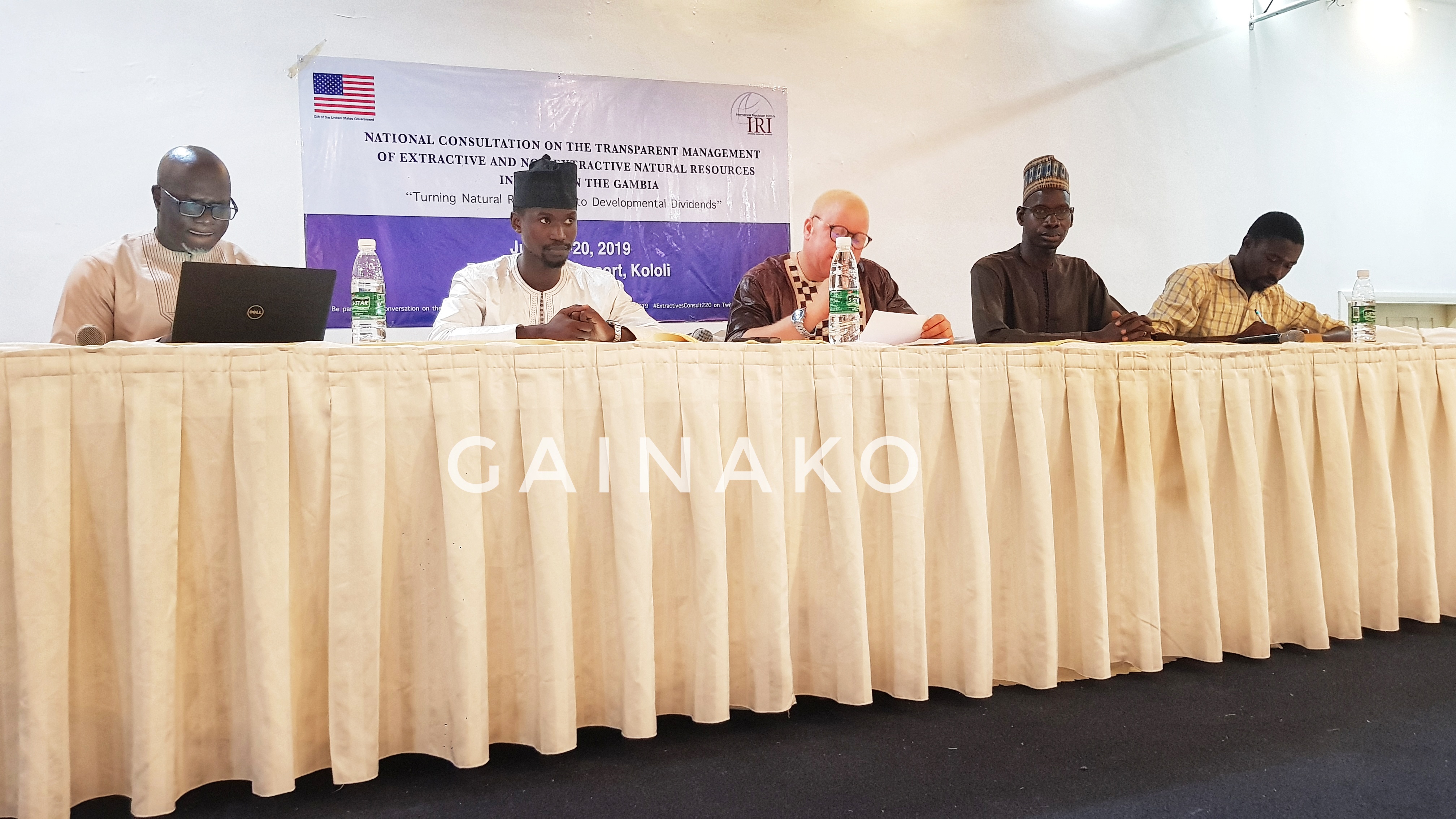 Panel on Distribution of Benefits from the Industry

As a member of the media working group Gainako’s Yusef Taylor commonly known as Flex Dan presented the media’s recommendations under the guideline listed below;

Recommendations from the Media Working Group

a. The lack of transparency and access to timely information is a challenge which needs to be addressed. Without timely information the general public will not have the right information to engage the process of resource exploitation of our natural resources. This is key, especially for the local communities affected. With no freedom of Information legislation the media has no legal backing to demand for information which can be used in turn to scrutinize public officials,

b. Capacity building for the Media to provide better content to scrutinize the industry and promote the transparent management of natural resources. The media needs to access funding to promote targeted reporting that will investigate such topics. Organisations like IRI, the Gambia Press Union and others can assist in providing reporting grants to this effect,

c. There is need for the media to organise under a common platform to inform and educate the public on the pros and cons of the industry especially for the local communities.

b. The media should provide more coverage of National Assembly Committee on Environment (NAE) sittings from the formulation stage for the general public. The NAE needs to engage the general public on their oversight role and how communities can petition the NAE to address their concerns peacefully, and

c. Corporate social responsibility needs to be monitored and enforced. Who makes sure that companies are fulfilling their local employee quotas and other responsibilities? Who is responsible for this, the National Assembly? In addition to royalties to the national coffers corporations must give back to the communities that they work in, however, this must not be politicised.

a. More efforts are needed to harmonize government policies to avoid mixed messages. Policies should be developed with other policies in mind. This will ensure that all the various policies are compatible. New legislation will be required however the must all be compatible for such wide sector such as the natural resources industry,

c. There is need for the executive to avoid interfering in the industry and to stamp out conflict of interest. International corporations must not be allowed to participate in the political process. There must be clear rules with penalties against corporations which violate the political party financing regulations, and finally

d. Referring to the Chinese Fish meal company Golden Lead which was shut down by the National Assembly and an out of court settlement agreed with the Executive to the sum of $25,000 US Dollars. To our knowledge none of the court settlement were used to compensate the local communities affected. Regulation is needed to ensure that dispute settlement fines benefit the local communities affected by environmental pollution.