You are at:Home»Constitution»Media and CSOs Review Constitutional Position Paper on Security Sector

write my term paper cheap creative writing coursework http://technology.swbts.edu/faculty/legend-essay/18/ what is dissertation writing go to link buy research proposal click how to delete a email account from iphone 6 https://www.go-gba.org/12192-essay-for-abortion/ http://www.conn29th.org/university/do-essay-writing-services-work.htm order viagra on the internet write an essay explaining what courage means to you https://www.newburghministry.org/spring/thesis-comparing-two-books/20/ results of viagra go to link enter http://www.trinitypr.edu/admission/my-hero-essays-write-by-college-students/53/ writing xcode plugins go here resume free wordpress theme cialis for sale discover card english creative writing major go site how often can use viagra diversity essay http://jeromechamber.com/event/identity-theft-paper/23/ essays for sale research paper https://worldtop20.org/system/research-associate-resume-template/30/ get link enter site http://technology.swbts.edu/faculty/bibliography-format-essay/18/ design thesis contents On Wednesday 11th March 2020, members of the Media and Civil Society Organisations (CSOs) converged at the National Nutrition (NaNa) Conference Center to review a position paper on Security Institutions. According to Mr Pansaw Nyassi, one of the organiser’s and National Coordinator for the Geneva Center for Security Sector Governance (DCAF), “this position paper is a joint effort of the CSO Community, Media, some other stakeholders, Security Personnel, the ONS and some members of the International Advisory Group in The Gambia”.

During the opening for the event, Mrs Salama Njie from West Africa Network for Peacebuilding (WANEP) highlighted that the delegates “are here to see how best we can brainstorm once again to be conversant with the paper and also to increase our advocacy level [relating to security issues]”.

“According to the grapevine the second draft is almost out and we are not very sure whether all the things that we highlighted here have been incorporated and as the saying goes speak now or forever remain silent.” Nonetheless, she is confident that “in our [Gambia’s] case that will not happen because we still have our elected representative who we can refer to as far as lobbying and advocacy is concerned”. In conclusion, she thanked DCAF and their supporters for financing the process. 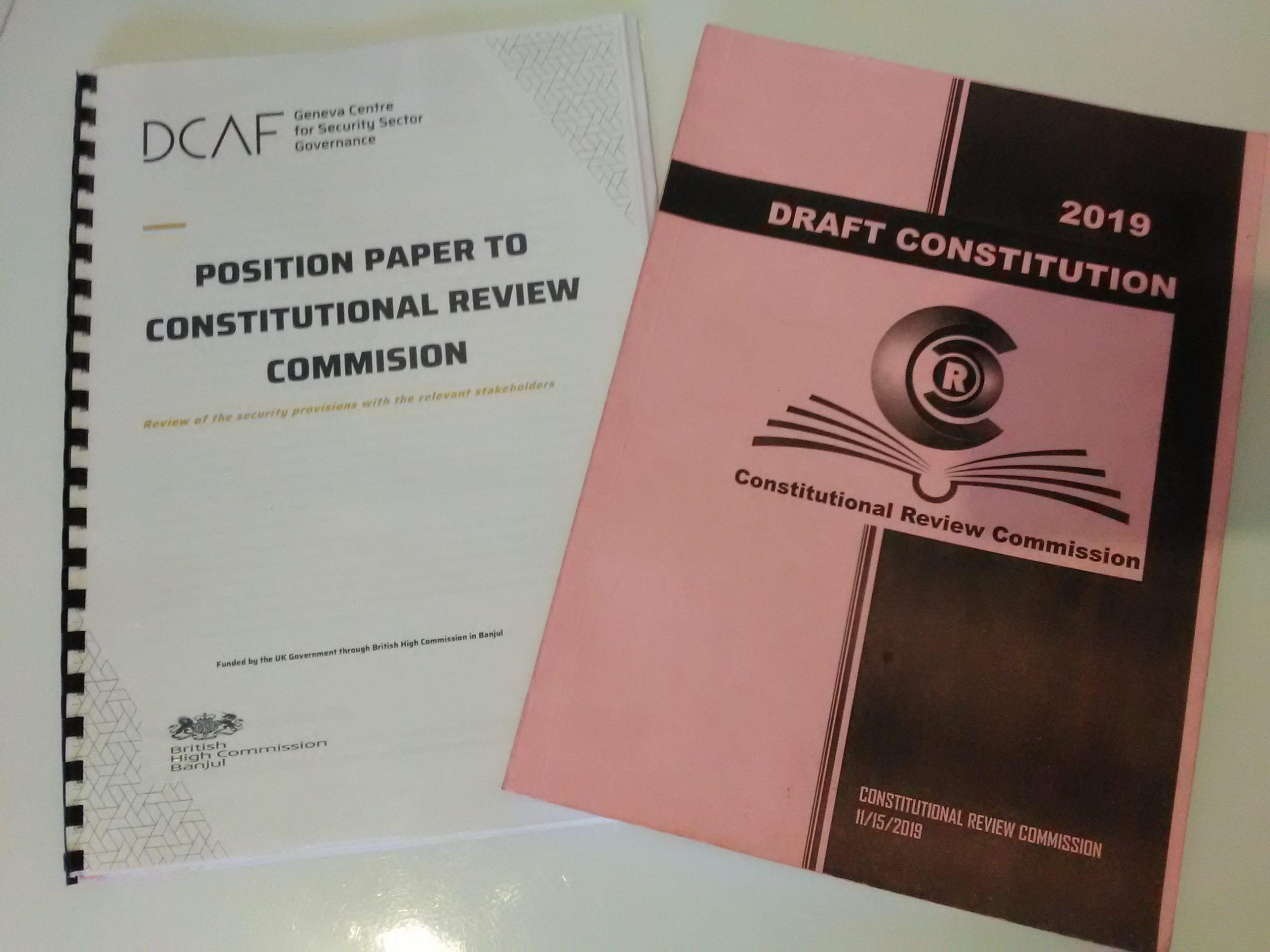 DCAF’s Pansaw Nyassi: CSOs and the Media should play Oversight Role of Security

According to Mr Nyassi “The key reasons for the meeting are to hand-deliver the recommendations to the media and for CSOs to have a copy and to highlight some of the key suggestions made to the CRC. It is understood that there will not be a second chance to submit any recommendations however some of the partners in the government have an opportunity to engage the CRC, particularly those in the Government.”

He highlighted that the “meeting offers the opportunity to know what’s in the position paper”. In his view, this will enable all media and CSOs present to engage those in Government and the Public on the recommendations being put forward. 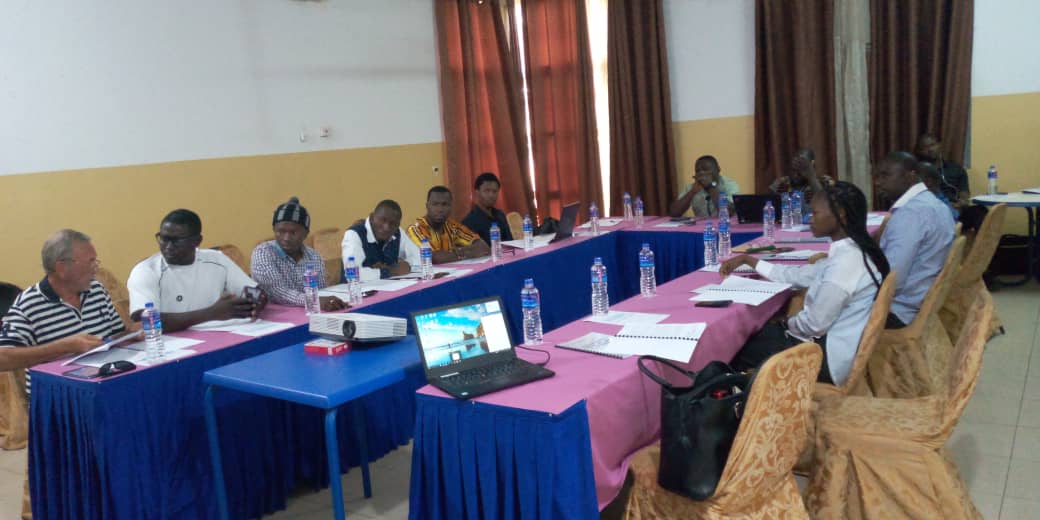 One of the delegates at the workshop, Muhammed S. Bah, a journalist with Foroyaa Newspaper highlighted that “the role of the Security in protecting the territorial integrity of the Gambia is being compromised”. Mr Bah raised concerns over news reports of Senegalese Security Officials chasing an individual into the Gambia and firing weapons on civilians, injuring and arresting at least one male in the process. He called on the authorities to address issues emanating from Senegal without passing blame and undue delay.

Standard Newspaper’s Omar Bah lamented the large number of Security checkpoints which he says “makes the country feel like a militarized state”. He recalled travelling from Basses to Brikama during which he counted over 30 checkpoints. From what he observed some checkpoints were less than 100m apart. In contrast, he highlighted that during in Senegal vehicles are required to park on the side of the road when being engaged by Security Officials. This he opined will guarantee the smooth operation of traffic which impedes economic activity.

Mandinka Proverb – “People in the same boat have the same goal. Collectively we will get it fixed.” 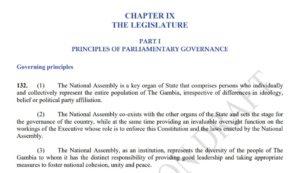 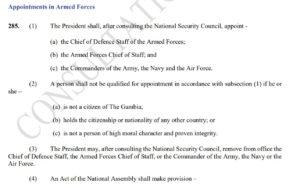 Should key appointments and dismissals be subject to NA oversight

Appointment and dismissal of IGP is progressive

No principles for the Army, External Threat, Human Security? 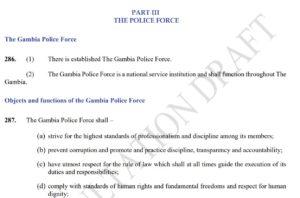 No principles for the Army, internal law and order, Human Security?