You are at:Home»Human Rights»Justice Minister issues presser on the release of three Junglers

I understand that my recommendation for the army to release Mr Malick Jatta, Mr Omar Jallow, and Mr Amadou Badjie, three members of the “Junglers” Patrol Team who testified at the TRRC, has evoked strong emotions among some victims and concerned members of the public. This reaction is quite understandable especially given the revelations the three men have made at the TRRC about some of their activities under former President Jammeh.

Let me clarify from the onset, that the recommendation to release the three men is not an amnesty as some claim. That is totally false. It is only the TRRC that can recommend amnesty in appropriate cases. At this point, the objective of the release is to put the three men in a similar situation as those who have appeared at the TRRC and admitted to participating in human rights violations and abuses. As you well know, none of them is currently in custody and rightly so. The TRRC is not a court of law and one of its primary objectives is to establish the truth in exchange for amnesty and the promotion of healing and national reconciliation.

While we all agree that the “Junglers” are a special category of alleged perpetrators, reason they have been the only ones in custody all this time, we cannot also afford to treat similarly situated persons differently. We cannot treat one group of confessed perpetrators any different from another group. All those who assist the TRRC to establish the truth shall and should be treated the same way.

Neither can we charge anyone including the three men with any crimes at this moment because the TRRC has been mandated to identify for prosecution only those who bear the greatest responsibility for the human rights violations and abuses. There are other people out there who may bear the greatest responsibility for these human rights violations and abuses and the decision about who to prosecute will depend on the recommendations of the TRRC based on a totality of all the facts and evidence adduced before it. We cannot therefore pre-empt the work of the TRRC by taking action against anyone at this stage. So let us suspend judgment and give truth a chance because without the whole truth, we will not achieve our immediate and long term objectives of forgiveness, reconciliation and accountability.

The decision to recommend the release of the three men, who have been in custody for over two and half years now, has not been an easy one for me especially considering the victims and their mourning families. But I cannot shy away from making decisions because they may be unpopular. I have a responsibility that compels me to consider all relevant factors in making decisions. On this occasion, I have come to the conclusion that it is in the best interest of our country and the victims to release the three men after their testimonies at the TRRC.

Let us just pause for a moment and think about this: without the revelations by these three men, we probably would never have established the facts about which they testified on a first-hand account basis. We would have continued to rely on second hand or even third hand accounts. These three men have so far provided us with the most chilling details about several incidents under former President Jammeh. They were encouraged to assist this country, particularly the victims’ families, find answers that have eluded us for many years, and they voluntarily did so. There are others in detention who are still refusing to assist us establish the truth and it will be unwise to treat those who have assisted us the same way. The cooperation of these three men has been very critical to the TRRC process and this should be recognized.

What we must not do is to scare people away from telling the truth because that will not be in anyone’s interest. There are still many truths out there that need to be told, and they need to be told for several reasons including to enable the victims find closure, and to negate revisionism by laying bare all the facts for the world to see especially those in this country who continue to mock at the victims through their constant denial of the occurrence of these atrocities in our country under former President Jammeh.

To quote the Chairman of the TRRC in his statement earlier today, “only the truth can help us move forward as a nation”. That is why it is important to encourage truth-telling in this process by recognizing the efforts of those who tell the truth. Anything else will send the wrong signal to other perpetrators that they are doomed either way-whether or not they tell the truth. This perception will inevitably lead to a loss of trust in the process and with it the incentive to tell the truth.

Sometimes, this will entail making very difficult decisions, but if I believe strongly that my decision will assist in achieving our truth-telling objective, I will not hesitate to make that decision. It comes with the burden of responsibility that I carry as the person leading our national efforts to find the truth about our past in order to prevent a recurrence in the future.
I therefore continue to count on the understanding of the public and especially the victims. We need your continued trust and partnership in this process if we are to learn from the mistakes of others and make a success of our truth commission. And so far, we have been able to successfully navigate through our own challenges by making the right strategic decisions at the right times. 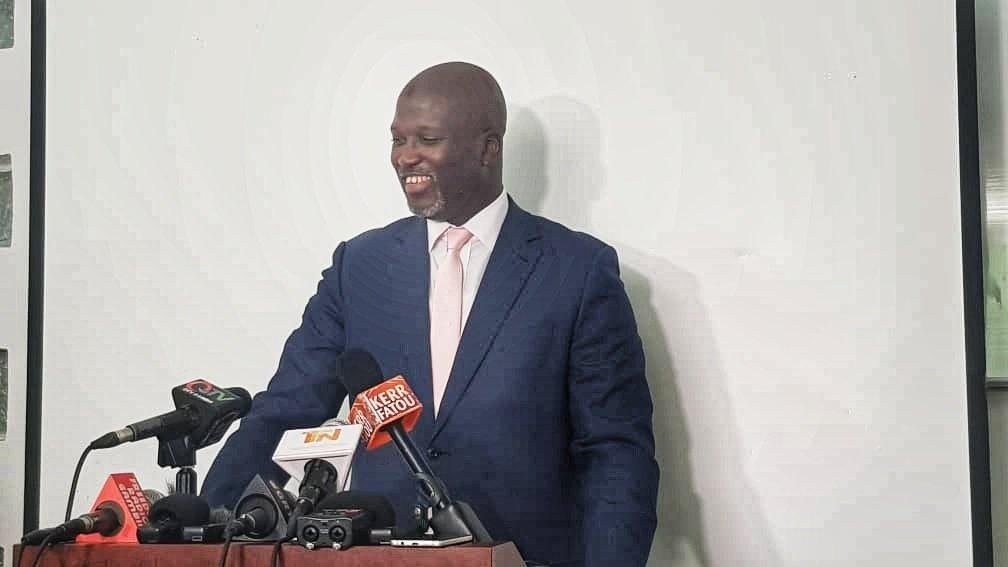 To the victims and their families, in particular, I know that this may be extremely difficult for you as I am asking you to swallow a bitter pill. But I assure you, like I have done on many previous occasions, that the decision to release these three men is also in your long term interests. I have consistently acted in your best interests and there is no reason to doubt my continued commitment to your cause.

Forgiveness and reconciliation in exchange for the truth lies at the heart of truth commission processes everywhere around the world and ours cannot be an exception. We have set in motion a credible fact-finding process in the TRRC so let us be guided by its recommendations.
This is perhaps one of the most difficult decisions I have had to make but there is more at stake here. The three men have now been in custody without trial for over two and half years. It is also my responsibility to remedy that situation.

We must always remember that in our quest for justice, we must also not perpetrate or perpetuate injustice even if that is the popular thing to do. We must endeavor to respect the rights of all persons no matter how repulsive we feel about their conduct. We must not do to others acts which we have ourselves condemned in the past.

Otherwise, I will be abdicating my responsibility as Minister of Justice for all Gambians and not just some. Keeping the three men in custody, like we have done over the past two and half years, would have been the easiest option but that too has serious implications for our new Gambia not least because they are being detained for this period without trial.
Finally, allow me to take this opportunity to advise those who continue to make public utterances that hurt and cause more pain to the victims and their families. It is an irresponsible attitude and betrays a lack of sensitivity to the plight and suffering of the victims. Moreover, it has the potential to undermine our efforts at national reconciliation.