Outspoken Gambian activist and rapper Killa Ace, along with 36 others, is today being held in Gambia’s Mile 2 prison, notorious for its deplorable conditions and ill treatment of prisoners. Killa Ace heads the youth movement Team Gom Sa Bopa (Believe in Yourself), which advocates for democracy, good governance, and responsible citizenship, and against police brutality. He spits rhymes focused on these same issues.

Killa Ace, whose real name is Ali Cham, was first arrested on August 17, for allegedly having taken part in unsanctioned protests in Serrakunda that devolved into violence on July 24. He denies even participating in the protest, let alone the ensuing chaos.

Serrakunda is a sprawling chain of villages about 8 miles southwest of the capital, Banjul. With a population of just under 400,000—about 10 times that of Banjul proper—it is the largest town in The Gambia, whose total population is just 2.3 million. A tiny splinter of a country slashing through south-central Senegal, The Gambia was ruled for 22 years by the repressive president Yahya Jammeh, a cruel and capricious autocrat. When Jammeh lost the December 2016 presidential election, eventually conceded defeat, and went into exile, hope and expectations for the former British colony soared.

But although a regime can change overnight, a system generally cannot. So while Jammeh’s departure did indeed provide a democratic opening and the newly elected president, businessman and political novice Adama Barrow, pledged reforms, The Gambia’s democratic transition remains precarious.

There have been some changes and steps to right past wrongs, including the formation of a truth and reconciliation commission to establish what happened under Jammeh and redress the abuses, the loosening of restrictions on free speech, and the release of political prisoners.

Yet the economy is weak and youth unemployment is high. Barrow’s government has not reined in the security apparatus, police brutality remains a problem, and so do prison conditions and abuses. And the new president is already threatening to overstay his agreed-upon term.

Before the 2016 election, seven opposition parties united to back Barrow at the polls. Although under The Gambia’s 1997 Constitution, presidential terms are five years, the members of this opposition coalition, including Barrow, committed to a three-year transitional government in the event of Jammeh’s defeat. To the consternation of his opposition partners and many citizens, the president now plans to serve a full five years rather than calling early elections as promised. 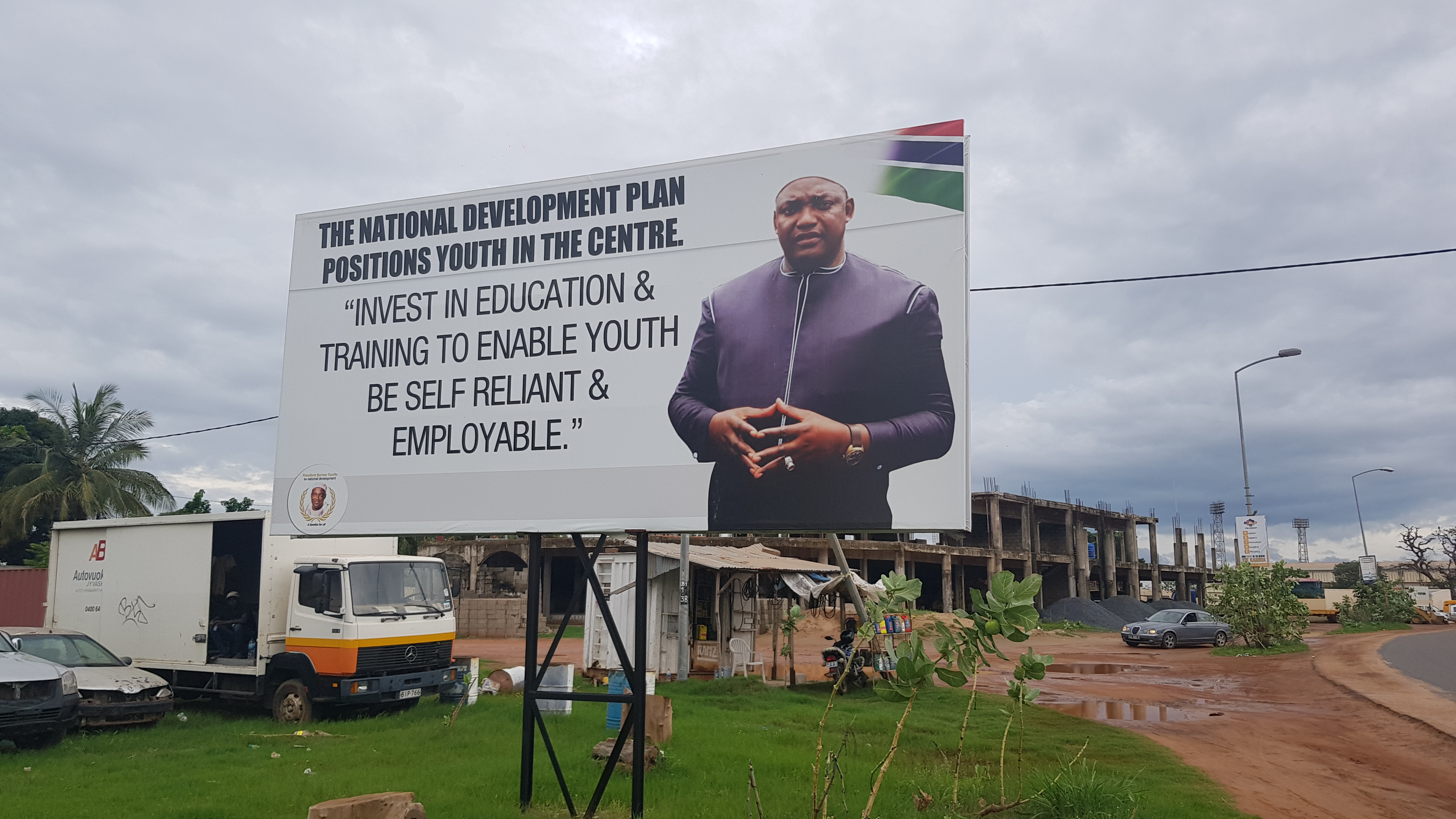 Protesters took to the streets of Serrakunda on July 24 after learning of the death of Ousman Darboe, a Sierra Leonean vendor at the Serrakunda Market. Darboe had been arrested by the Police Anti-Crime Unit on July 12 on suspicion of handling stolen goods, was detained for 9 days, and, it is believed, tortured, before being released and soon dying.

Already frustrated and angry about ongoing police brutality, poor conditions at the market, and lack of government responsiveness, Darboe’s death was one abuse too many for the crowd of demonstrators. But the protests eventually spun out of control, with some protesters participating in vandalism and even setting fire to a police station and the compound of the head of the Anti-Crime Unit.

Almost a month passed before the arrests began. When Killa Ace was detained by the Anti-Crime Unit on Saturday, August 17, so were dozens of others—enough to fill three pickup trucks. They were first taken to the Anti-Crime Unit in Bijilo, then transferred to the Talingding Police Station, and subsequentlymoved to Kairaba Police Station. Then, without any explanation,the rapper was separated from the others and moved to police headquarters in Banjul, escorted by two truckfuls of heavily armed men—including secret intelligence officers.

Initially he was denied bail, and his lawyer was prevented from seeing him. Two days after their August 17 arrest, however, Killa Ace and the others were all released on bail and told to report to the police station the following day. For the next eight days, they reported to the Talingding police station each morning, where they waited and where nothing happened. And then on day eight, Tuesday, August 27, Killa Ace and 36 others, including some from Guinea, Sierra Leone, and Senegal, were seen by a court and formal charges were brought. Killa Ace was charged with arson, unlawful assembly, willful damage of properties, and prohibition of conduct conducive to breach of peace, and was taken along with the others, whose charges varied, to the remand wing of Mile 2. 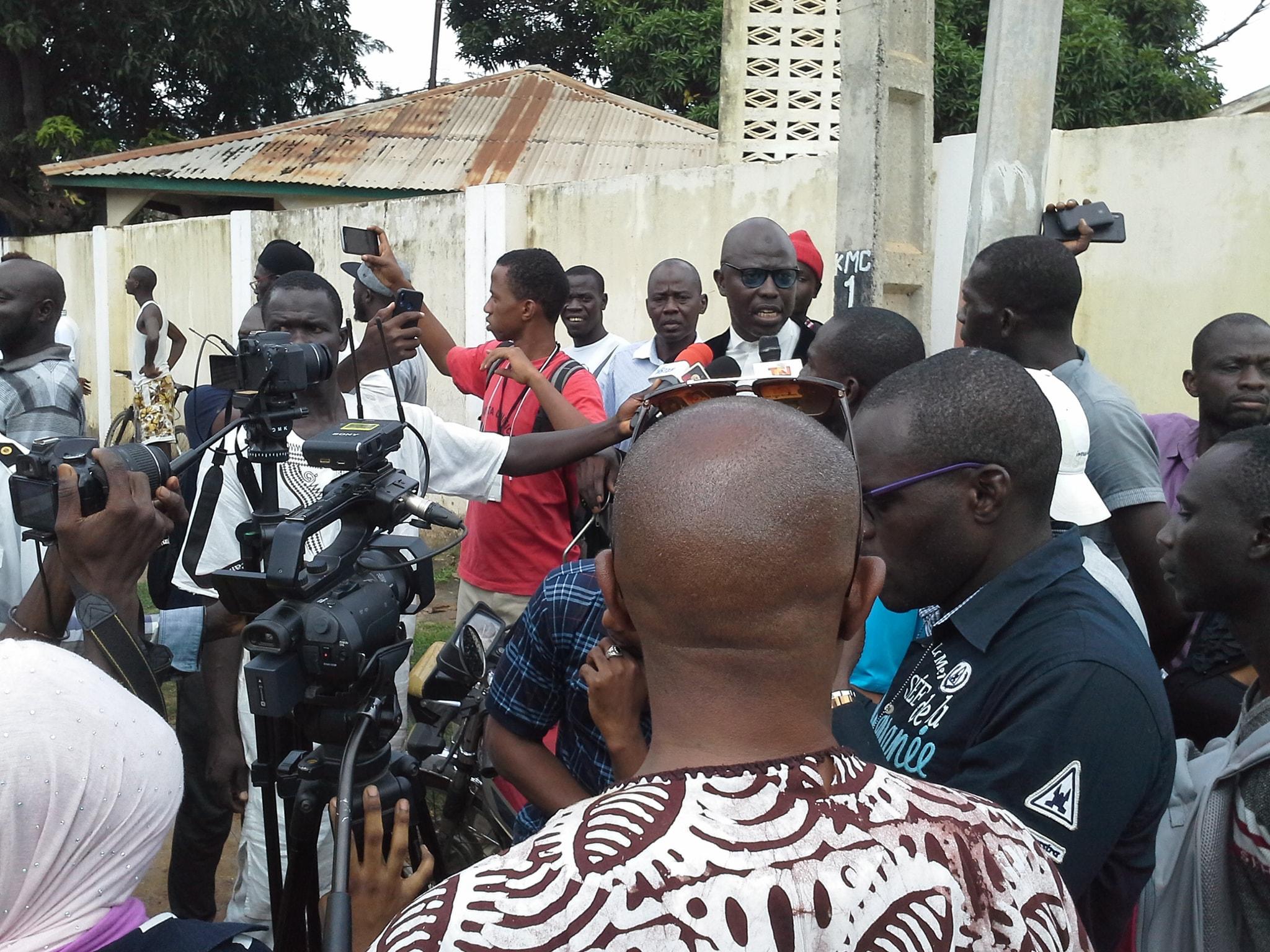 What does this mean for The Gambia?

These events are sad illustrations of the urgent need for security sector reform in The Gambia. As the European Union has highlighted, although some modest efforts at such reform have begun, for example, renaming the in the intelligence agency and replacing the military, police, and intelligence heads, the security sector remains largely as it was and in control of the same Jammeh-era figures.

Adding to that concern, the United States found The Gambia to be among countries that have neither met the minimum requirements of fiscal transparency nor made significant progress in meeting that status. Among the noted problems was the government keeping “off-budget accounts that supported military and intelligence spending in particular and were not subject to adequate oversight.” Finally, a May 2019 Amnesty International report notes troubling ongoing human rights abuses in the country, poor prison conditions, and “restrictive laws” that“still prevent peaceful protest and criticism of authorities.”

In short, the smallest West African nation still has a lot of work to do to. The Gambia’s newly formed Human Rights Commission should not be a bystander as these incidents unfold and result in arbitrary arrests, beatings, torture, and loss of life. After suffering more than two decades of violent repression, this country and the people who have withstood so much and continue to fight for their rights and freedoms deserve more than a u-turn to authoritarianism.