A fire outbreak took place in Brikama’s local market around the late hours of Monday 11th May 2020. The fire burned down multiple second-hand clothing shops as their owners watched their source of living burn down to the ground, leaving only aluminium sheets and a trail of ashes in its wake.

Most of these guys are “youth” says Bolong Jabang, the Secretary-General of Brikama Local Market Committee. “Some of them are even “back way repatriates” who after a fail journey to the West via Libya” he added. Many of them will be bitterly frustrated after this unfortunate fire destroyed all their investment.

The shop owners pointed out that some of them lost about to twelve to fifteen ballots of goods to the fire. Mr Jabang said he is taking note of the names of the affected shop owners and so far he has twenty-one names to the list already, adding that there might be more to the list in a couple of hours ahead.

Muhammed Jarjay Sinera another shop owner whose shop got ravaged by the fire said he is not certain how the fire had started because he had gone home at the time. But upon arrival, he was told that a fellow shop keeper after doing some cleaning decided to burn the cartons and other rubbish right behind his shop although he got a warning of the risk from the watchman to which he responded: “I’m monitoring it”.

Eventually, the fire escalated and caught up with the shops as it got out of hand and the shops begun to flare up resulting in a domino effect as neighbouring shops also alighted. 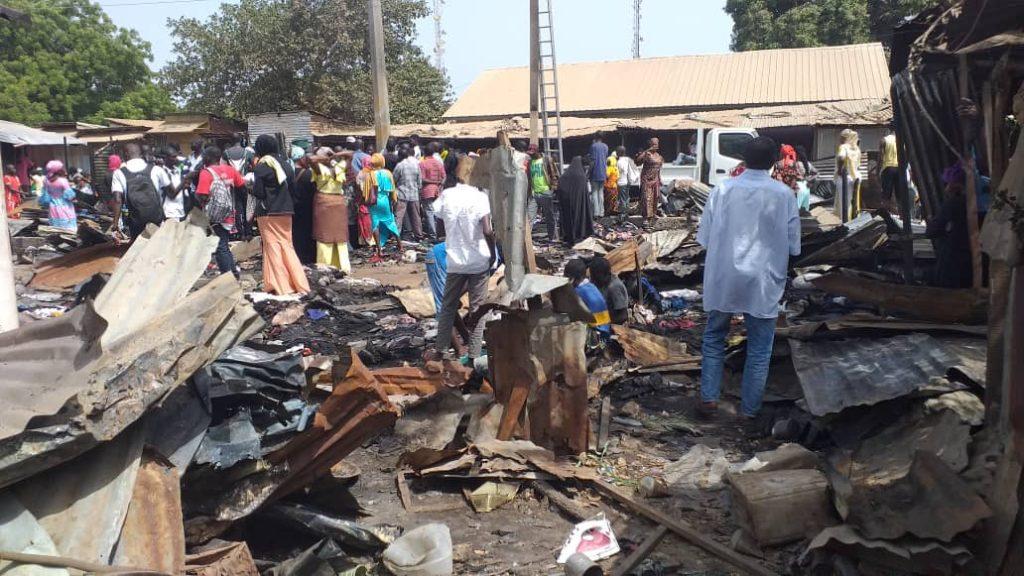 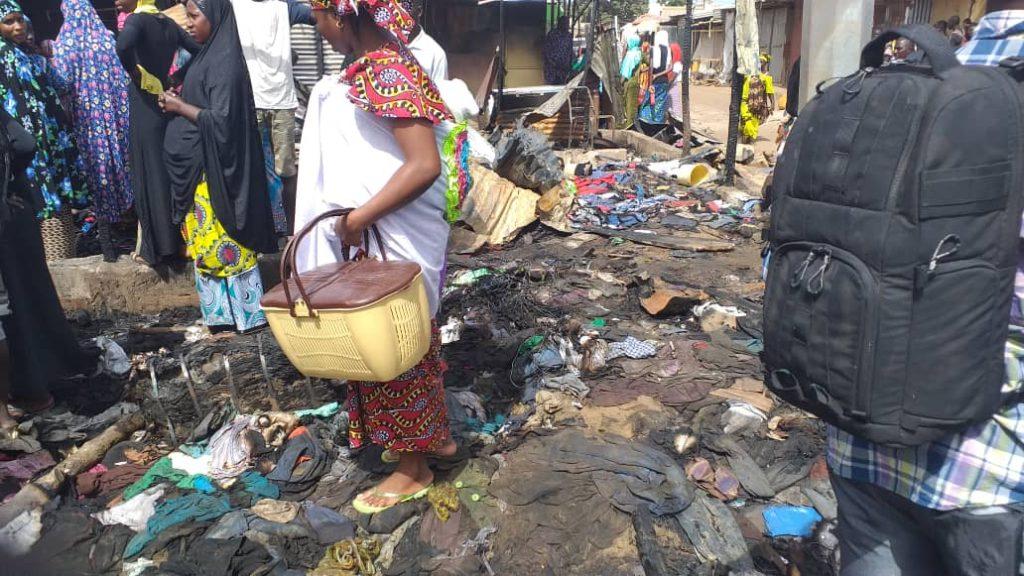 Mr Sinera explained that the helpers “sold their souls” trying to put out the fire “they entered the flaming shops trying to stop the fire” he said. He explained that passers-by, fellow shop owners and Brikama hospital staff members joined the fight to put out the fire but they were forced to keep a safe distance when the situation got worst because the fire had come in contact with the electrical wires on the poles making it invincible to water. Therefore “The fire spreads out when you pour water on it and it became more dangerous for the helpers,” he said.

He stated that according to information that reached him, the Brikama fire rescue team was contacted even before the fire escalated and they said they are coming.

So Yundum Fire Rescue Unit had to be called upon because the one in Brikama had failed to show up because they are out of water according to their second narration.

“I don’t know whether the Brikama Fire Rescue Service called the Yundum Unit to fall in for them but the people already underground here also said they contacted the Yundum Fire Rescue Unit after realising that Brikama Unit is delaying,” he said.

When asked whether the government is aware of the incident he said: “Basse’s Deputy came here at night around 2 am, we met me here and I explained to him that some of the people who were helping to put out the fire are affected by the smoke and are at the hospital.” Then ” he tried to check on those people but he was told the time for visiting had elapsed he eventually offered an amount of D200 to add unto the money we used to buy milk for the affected helpers”

He added that an honourable also made an appearance but he wasn’t aware and he doesn’t know the name of the Deputy.

Saikou Saidykhan a shop owner also an eye witness said he had gone home at the time of the fire outbreak but was informed of the incident by a customer. He said he reached location the same time with Fire Rescue Service adding that, had the Fire Rescue Service operated with urgency, few shops could have been salvaged from the flame.

“This is truly said because some people have up to thirty ballots and some twelve if you look the amount of money lost here only God knows,” he said.

“Our shops are usually so close to each other so the shops burnt here by the fire are too much” he concluded.