You are at:Home»Business Economy»How accurate is Gambia Government’s Estimates of Revenue and Expenditure? 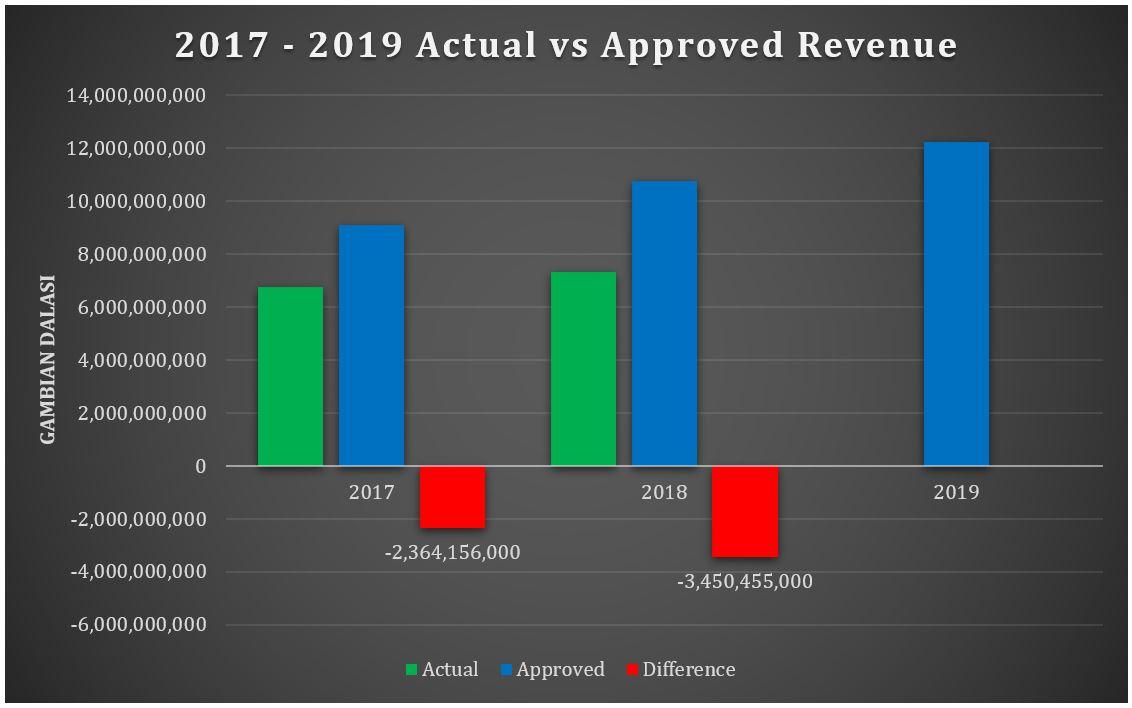 2017 to 2019 Revenue Actual vs Approved
This chart demonstrates that the Government has been overestimating revenue it intends to collect since 2017. The difference between actual and approved revenues is also increasing.

In 2017 the Government approved to collect D9.1 billion, however, only D6.7 billion was actually collected that year, D2.3 billion less than what it projected to collect in revenue for that period. This represents an overestimation of 26%.

Likewise, in 2018 the Government approved to collect over D10.7 billion, however, only D7.3 billion was actually collected, almost D3.5 billion less than it projected. This is represents an overestimation of 32% and demonstrates that the Government’s projection to collect D12.2 billion is certainly questionable. For a Government which only collected a maximum of D7.3 billion in Revenues an approved projection to collect almost double it’s revenue D12.2 billion in 2019 is clearly over ambitious and unrealistic. 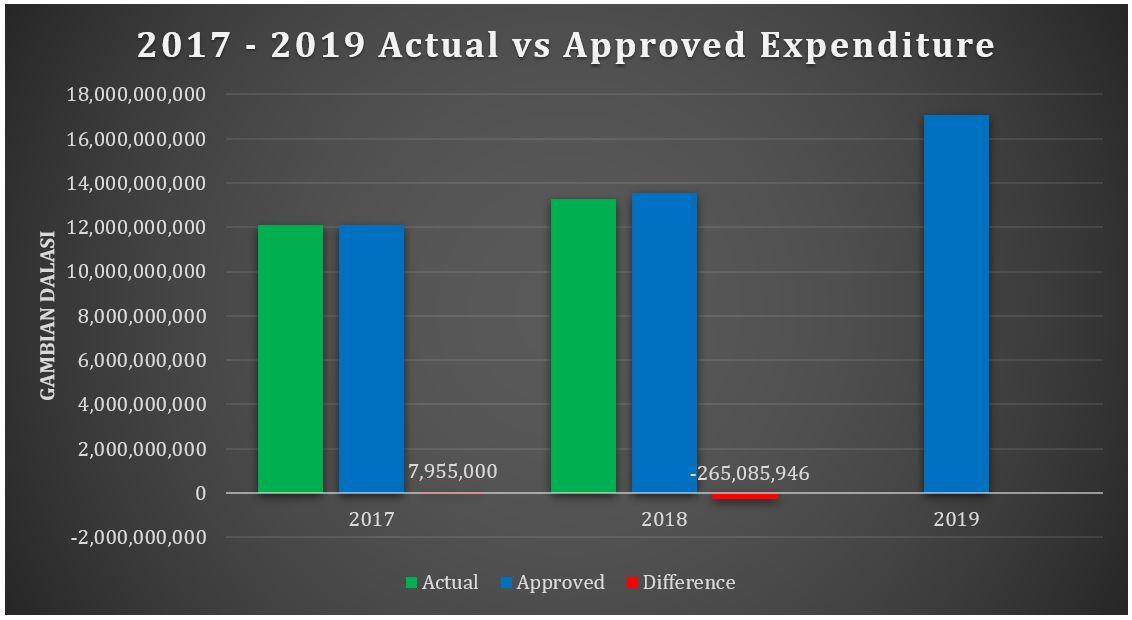 2017 to 2019 Expenditure Actual vs Approved
This chart demonstrates that the Government’s projections for Local Funding Expenditure is very close to it’s actual expenditure. However, a surge in expenditure was projected for 2019. 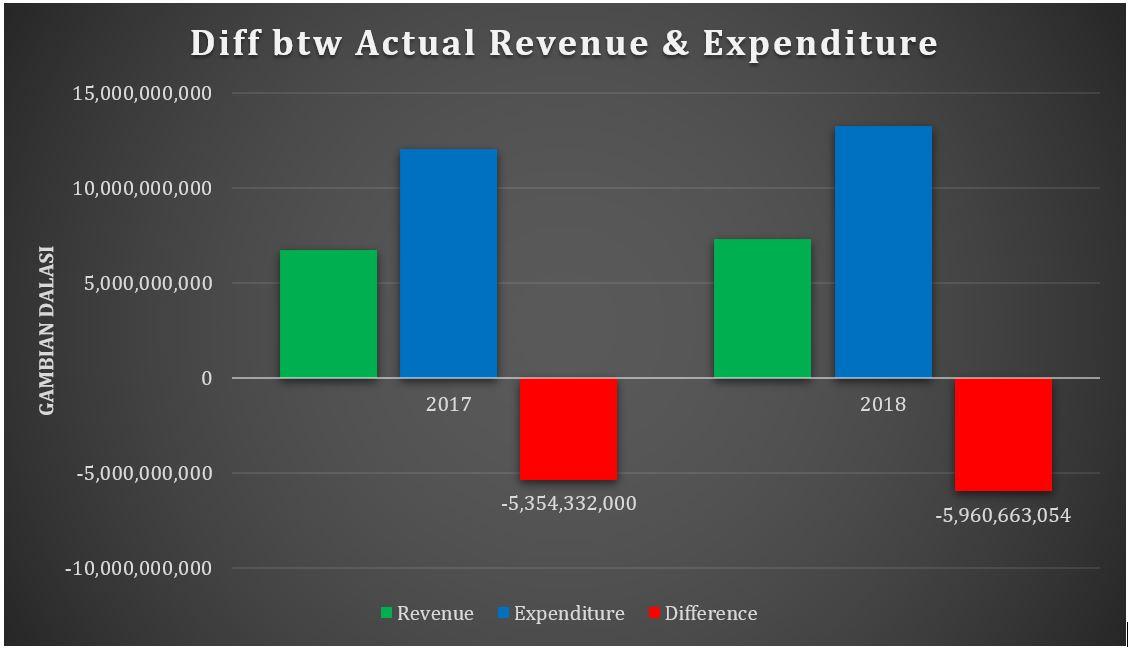 To increase the reliability of the Government’s Estimate of Revenue and Expenditure, there is an urgent need to address the increasing differences between Approved Revenue estimates and Actual Revenues collected. Overestimating Revenue could be in the Government’s favor as it appears as though it has more money to spend when it actually doesn’t. However, the challenges it presents is that Government will always end up spending beyond its means if it continues to overestimate revenue it expects to collect every year.