The National Association of Vocational and Skills Training Institutes (NAVSTI), held a press conference on Tuesday 22nd September 2020 “to inform all stakeholders that TVET Centers are dying and what we are not praying for is A BEFITTING BURIAL”. The press conference which took place in Westfield area was “due to inability” of “the Ministry of Higher Education Research Science and Technology and the National Accreditation and Quality Assurance Authority” to address their plight.

According to Abdoulie Sowe, Chairperson of NAVSTI, which serves as the umbrella organisation for all Technical and Vocational Education and Training (TVET) institutes in the country, TVET institutes are dying gradually amid the Covid-19 Pandemic and the government is doing nothing to keep it alive.

According to the Chairperson, they are frustrated and disappointed with the continued closure of training institutes and skill centres and this has been compounded by the lack of support from their regulatory body; National Accreditation and Quality Assurance Authority (NAQAA) and their line Ministry; Ministry of Higher Education Research Science and Technology (MoHERST) as well as the Government.

Mr Sowe recalled that six months back TVET centres were ordered to suspend operation in an attempt to curb the spread of the virus (Covid-19) in the country but while they remained closed they watched with “utter dismay the partial or full easing of restrictions for almost all other sectors of the economy” and until the recent restriction, nothing tangible has been said about the TVET centres clarifying that “they are not even mentioned”.

He opined that TVET centers should not have been overlooked by the government’s eased restrictions because they deal with mature students who are cognizant of the Ministry of Health’s Covid-19 regulations. You can watch some of the press conference in the video below.

“In-fact easing restrictions on some sectors that never observed these regulations was to us a non-starter” he added. In his view the closure has an “overreaching” impact on the institutes, trainers (lecturers), students and as well as the economy at large adding that during the six months of the lockdown the training institutes didn’t generate revenue and as a result, they could not pay salaries of staff members because they rely on school fees for that and now that students are not paying they could not meet that agenda.

“As an important sector in the socio-economic growth of a country, we were heavily expecting government’s bailout package for educational institutions to cover us but we were unfortunately and unfairly left out” he lamented.

Mr Sowe believes that the institution has provided over 60% of the workforce in both public and private sector of the country. Unfortunately the impact of its closure “if not considered might lead to the permanent closure of some (vocational) schools as they struggle to make ends meet”. He revealed that some schools have even been given eviction notices because they cannot pay the rent.

He revealed that three months into the lockdown, their organisation NAVSTI solicited support from the government through the MoHERST but the government failed to provide a positive response. Letters were also dispatched to development partners seeking support but those efforts proved futile. Meetings with the NAQAA and MoHERST but all these meetings yielded no results.

Gainako published an article on the D2.8 Billion Supplementary Appropriation which indicates that the MoHERST will receive D38 Million. The first item also indicates that the “Bailout of Gambian students” was on its “Second Round”. Meaning that there was a previous round for this same activity.

More on the D2.8 Billion Supplementary Appropriation Bill in the article below.

Financial Support for Period of Lockdown

A distraught Mr Sowe said they felt “neglected” and “abandoned” by the government reminding them of their duty to train its citizens. He blamed the MoHERST for leaving them out during the redress at the National Assembly.

He explained that they explored the possibility of online and distance learning but “practical skills are often acquired through workshops, laboratories and hands-on experience at the workplace so these are very difficult or impossible to replace with online learning”.

Therefore NAVSTI is “urgently calling on the government to cover all the financial support to all TVET centres including the cost of operations, salaries, rent etc for the period of the lockdown” while also demanding the government to allow TVET institutions to open forthwith for business with immediate effect while observing Ministry of Health’s guidelines. 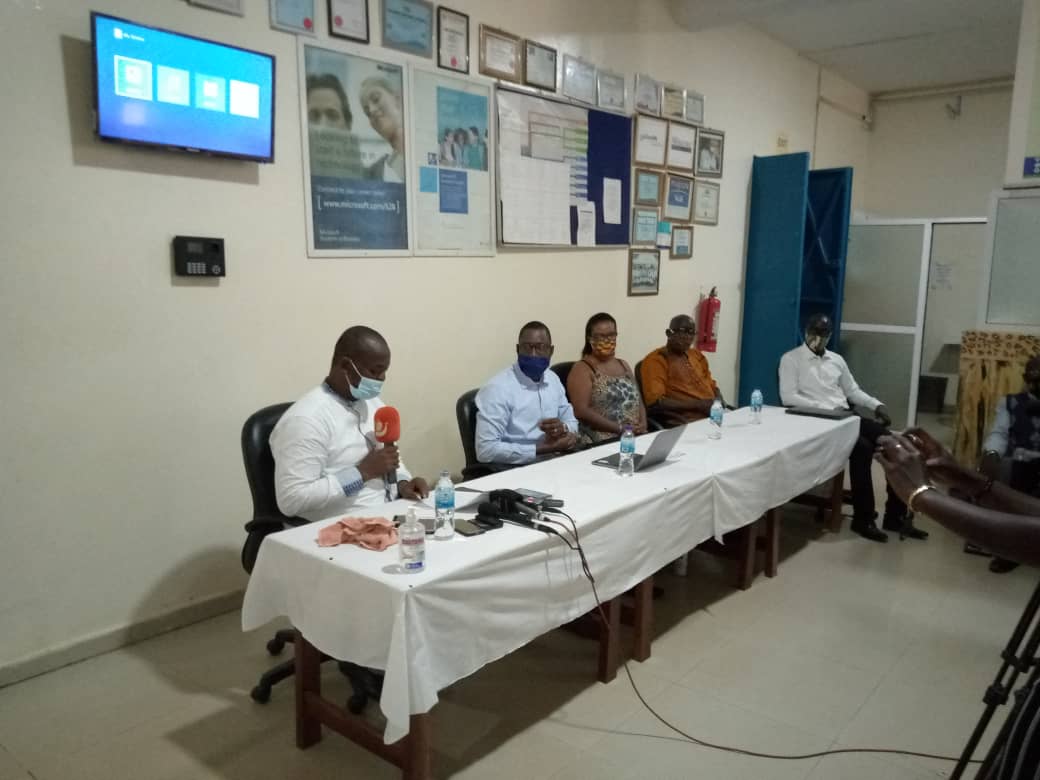 TVET Ought to Open With Immediate Effect

Demba Sallah, Public Relations Officer for the Association also explained that while the pandemic snowballed, they carried out an online consultation with their membership to assess the impact of the closure and the responses and feedbacks were “grave and unimaginable” and that led them to engage the authorities.

“Without these TVET centres, I don’t think there would have been the need to have a Ministry of High Education”. He said hence the government and the other regulatory bodies have failed to heed to their concerns they will now forward their plight to the National Assembly Education Select Committee on TVET which represents the people for them “to know that there are people who are suffering, suffering because the line Ministries and all those partners have failed in trying to support these centres” and speak on behalf of their people.

Echoing the call of Chairperson Sowe, Mr Sallah said TVET centres ought to open with “immediate effect” questioning “the rationale behind opening all businesses? You have salons and institutes where these young girls are trained, you have metal workshops where people with five-ten apprentices are operating and the institute that are training these technicians cannot operate?”

Sang Mendy, an executive member of the association also said that TVET centres provide people who work in every sector of the society and they are “annually churning out” a lot of graduates to work in both the private and the public sector while cautioning that “any attempt to continue closing these institutions will have a crippling effect in our economy “because those graduates play a huge role in the socio-economic development of the country”.

He added that if there is a “year blank of not churning out these students, we will have also a blank in our economy”.