This article was first published on in the early morning of Saturday 25th July 2020. The article which contains torture allegations on the Commissioner of the Anti Crime Unit was refuted by Poliso Magazine as False News. You can find the Poliso Magazine response below. However, the following day Ebrima Sanneh released a press release debunking the Police claims. You can read that full report here.

I received complaints from the brother of one Ebrima Sanneh and an eye witness who was also arrested by the Anti Crime Unit that one Ebrima Sanneh was viciously attacked by Gorgi Mboob, Head of Anti Crime Unit (ACU).
This is the same Gorgi Mboob who appeared before the Truth Commission and confessed to committing human rights violations during the April 10/11 2000 Students Massacre.
This time Gorgi Mboob used a farming implement resembling a hoe to hit one Ebrima Sanneh from Brikama in his genitals because Ebrima got into an altercation with an Officer for felling a cob of corn.
It all started on the late night /early morning of 24th July 2020. According to an eye witness who was also arrested with Ebrima and over 25 others, ACU Officers raided a nightclub in the Duplex Area. Multiple ACU officers came with three pickups “tangal fofu yep” kicked up a real storm.
Soon, all the men were arrested and the women were allowed to leave. Upon asking what the charges were they were informed that they were being charged for being in a public gathering.
They were then placed in a cell with some 50 people. According to the eye witness that was also another public gathering. In the morning Gorgi Mboob arrived and asked about their charges and then ordered the detainees to do hard labour in the farms before being released.
It was around midday when the farming work commenced in the blazing hot sun said the witness. As the work progressed Ebrima mistakenly fell one of the corn cobs sparking an altercation between an ACU Security Officer and Ebrima. The ACU Officer complained to Gorgi Mboob who begun to address Ebrima. Things soon escalated resulting in abuse from Gorgi Mboob who fired a volley of “saga ndey” mother insults towards Ebrima said the witness.
Then came the blows after which Gorgi Mboob held him by the scruff of the neck and used a farming implement to hit Ebrima in his genitals. Forcing Ebrima to collapse to the ground screaming.
Ebrima was helped up after which he urinated blood in the presence of those around said the witness. At sight of this Ebrima warned Gorgi Mboob that he was bleeding in the genitals in an attempt to access medical attention said the witness. This drew no pity from Gorgi Mboob who ordered for Ebrima to be returned to the cells and refused his release. 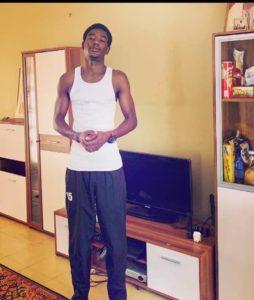 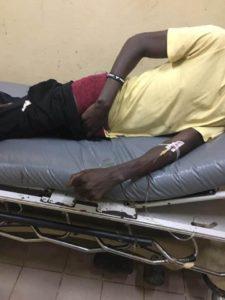 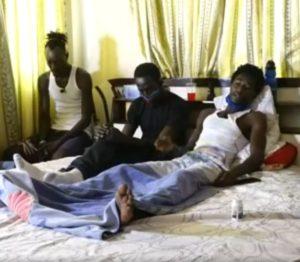 At Home after release

Ebrima was held at ACU until after 6 in the evening of 24th July 2020 when relatives and friends went to ACU to bail him as Gorgi Mboob insisted that he be bailed. That’s how Ebrima was rushed to the hospital. According to his relatives Ebrima can’t urinate without any help. He is in serious pain and needs specialist medical attention urgently.
As I conclude this publication I am also receiving reports that ACU Officers are demanding to take Ebrima back to the ACU cells in Bijilo because they are talking to the media. Doctors are demanding that Ebrima will not be taken to the cells in his current condition.
#PoliceBrutality #AntiCrimeUnit #GorgiMboob

According to an eye witness who saw Ebrima Sanneh savagely attacked in the genitals by Gorgi Mboob, Head of Anti Crime Unit (ACU), the ACU Security chief who confessed to committing human rights violations during the previous regime fired bullets with his officers to scare detainees. All this while forcing detainees to do hard labour in the fields.
“Another thing I forgot to mention was while we were out in the farm weeding the plants, Gorgi Mboob and his Anti Crime Unit Officers started firing shots. People started going crazy. It’s like they were doing a training exercise but we are civilians and we were scared. If you said a word they threatened you.”
“We couldn’t do nothing we just had to obey and do everything we were told. We did everything they told us but this boy just made a simple mistake and this guy (Gorgi Mboob) I dont know where he got his anger from came and did that to him (Ebrima Sanneh).”
Transcribed from an ACU Detainee’s account
#NoToPoliceBrutality #GorgiMboob #AntiCrimeUnit 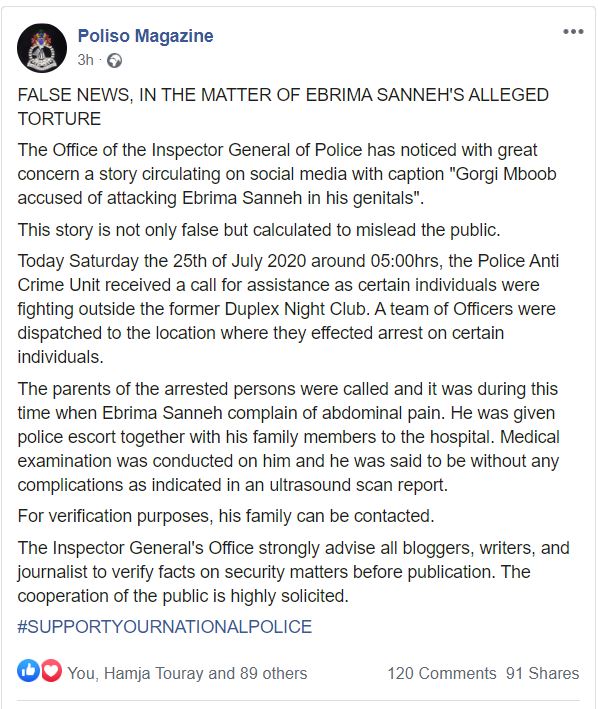