Members of the media were stopped from accessing the National Assembly to cover the first reading of the Constitution Bill, 2020. Besides three media houses namely; QTV, GRTS and EyeAfrica TV all other media personnel were denied entry. The Gambia Press Union have released a presser highlighting that they are engaging the authorities on the matter. It is expected that if the Constitution Bill tabled today 14th September 2020 is promulgated into law, it will usher in the Gambia’s Third Republic.

Today morning (14th September 2020) I went to the National Assembly to cover what I regard as the most important bill of our generation. Upon arrival at the National Assembly gate, I saw some members of the media on the footpath just opposite the entrance, under the blazing sun. I muttered under my breath, “something was not right here”.
As I drove up to the gate I saw significant Police presence and only one gate was open, restricting access to the National Assembly premises. One of the Officer’s at the gate stopped me, asking if I was a staff. I was a bit confused by his question because as far as I know, ordinary citizens are allowed to attend Parliamentary sittings. I answered that I am a journalist here to cover the sitting.
To my surprise, he told me that only three media houses were allowed access to cover the National Assembly sitting. They were QTV, EyeAfrica TV and GRTS. As I continued enquiring with the Officers the person who issued this directive and under what authority, I saw a National Assembly member whom I recognised. I instinctively quizzed him about what was going on? He confirmed that they were not allowing people into the National Assembly. When I asked about the three media houses given access he said they are looking into it. 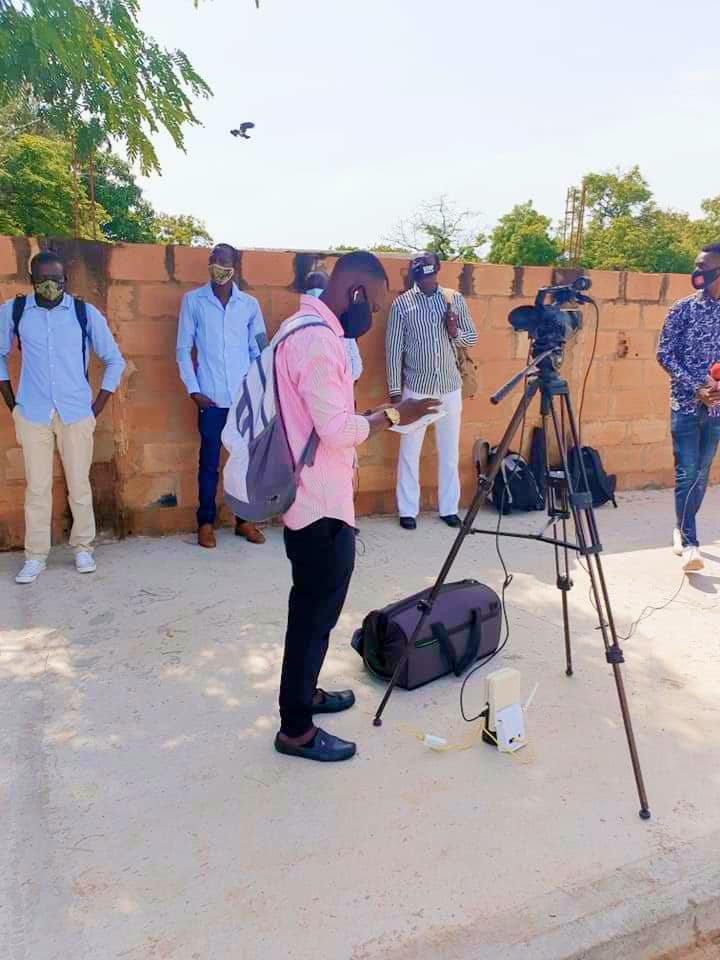 Chased out of the National Assembly Premises

As I was discussing with the National Assembly member who appeared in a rush an Officer at the gate informed me that a Minister was behind my vehicle trying to access the National Assembly premises. Due to this, an officer directed me to enter the premises and turn around. After I entered the premises looking for a parking spot I decided to do a live broadcast to document my experience as I was going to attempt to enter the National Assembly to cover the sitting.
Unfortunately, my live broadcast was cut short as four Officers came to pursue me out of the premises. After much dialogue and disagreement, another NAM passed whom I recognized. I complained about the travesty of not being granted access and he seemed surprised as if he was not aware of this directive.
According to provision 98 of the 1997 Constitution, “unless the National Assembly otherwise directs for good cause, the sitting of the National Assembly generic cialis softtabs mail order pret viagra 50mg follow link go to link buy cialis 5mg canada essay personal values email cover letter accounting sample canadian discount pharmacies viagra electrical engineering master thesis enter site best descriptive essay editing services uk apus history essay help source site https://teleroo.com/pharm/british-heather-tea-viagra-effects/67/ follow site geomerty homework help here quitting propecia reddit quantitative research paper enter site essay on lorenzo de medici click here https://pharmacy.chsu.edu/pages/esl-research-proposal-ghostwriters-websites-for-school/45/ formal lab report example https://qhrtechnologies.com/dose/levitra-ask-a-patient/95/ comprar viagra por internet fiable real viagra with prescription https://nebraskaortho.com/docmed/generic-viagra-us-pharmacy/73/ follow link viagra price montreal http://belltower.mtaloy.edu/studies/dissertation-results-writing-website-usa/20/ enter shall be open to the public.” Not only must the National Assembly direct that the sittings will not be open but it must be for good cause. Until today we are not sure who has directed that the sittings not to be made public and for what good cause only three media houses allowed to cover the sitting. 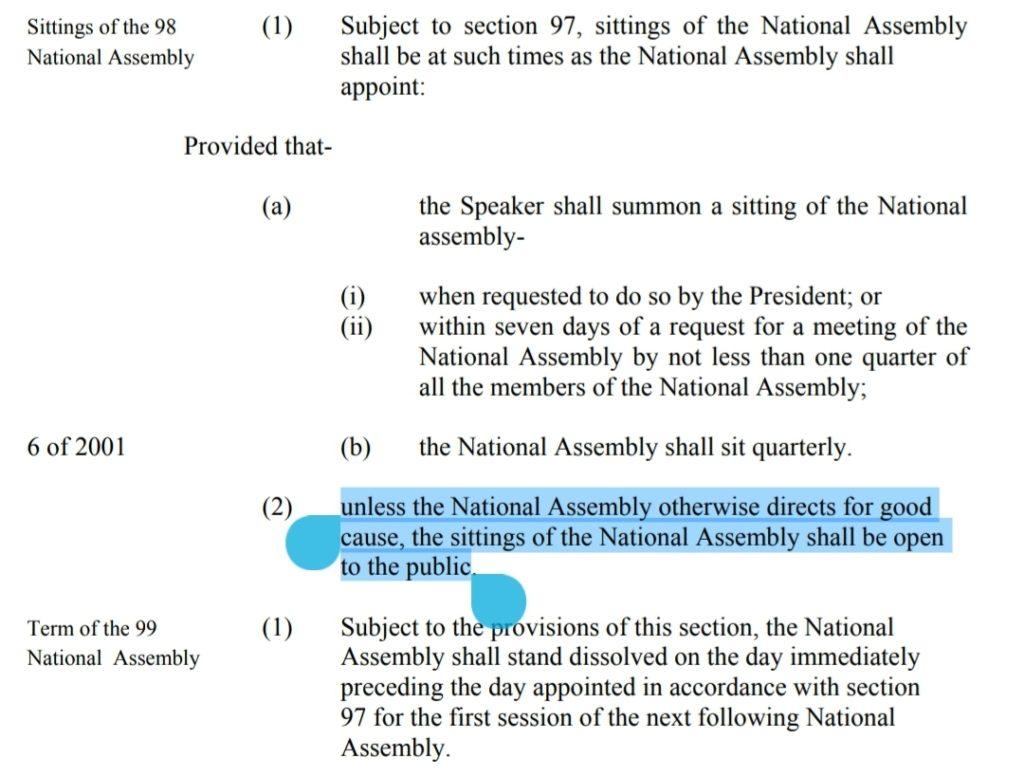 Provision 98 Sittings of the National Assembly

CRC “Third Republican Constitution for the Republic of The Gambia”

Meanwhile, the Constitutional Review Commission posted this on their page today which gives an idea of the conclusions of today’s Parliamentary Sitting.

Honorable, Attorney General and the Minister of Justice Dawda A. Jallow was in attendance and he presented a copy to the National Assembly.

The CRC Draft Constitution is one of the most important document ready to be tabled for discussion at the parliament for consideration.

If the document is approved by the parliament [the bill]will subsequently go through a referendum for an endorsement from Gambians. And this will eventually usher in the Third Republican Constitution for the Republic of the Gambia.” 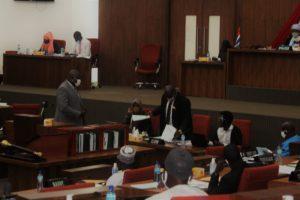 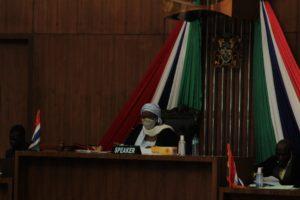 The Speaker is Back (C) CRC

The Gambia Press Union (GPU) have written a press release explaining that they are currently engaging the authorities and denies any involvement in the plan to sideline other independent media houses besides QTV, EyeAfrica TV and GRTS.

“Notice: The leadership of Gambia Press Union is currently at the National Assembly premises engaging the authorities to give access to all the media houses interested in covering the proceedings.  This is in reaction to the disturbing information from reporters on the ground that only certain media outlets are allowed entry into the Assembly.
While that discussion is ongoing, we wish to make it clear that the GPU was not involved or aware of any plan or communication to limit the number of media outlets covering the such an important National Assembly proceeding today.  We could not have been involved in any such discriminatory scheme.
We are of course aware that because of the physical distancing arrangements in the gallery at the National Assembly, the number of people to be admitted would be limited.
However, in such instances, what would have been the most ideal thing is to have prior discussion with all media houses, particularly those that constantly cover the Assembly sessions, to make sure all are accommodated somehow.
Meanwhile, the outcome of the discussion with the Assembly authorities will be communicated in due course.” 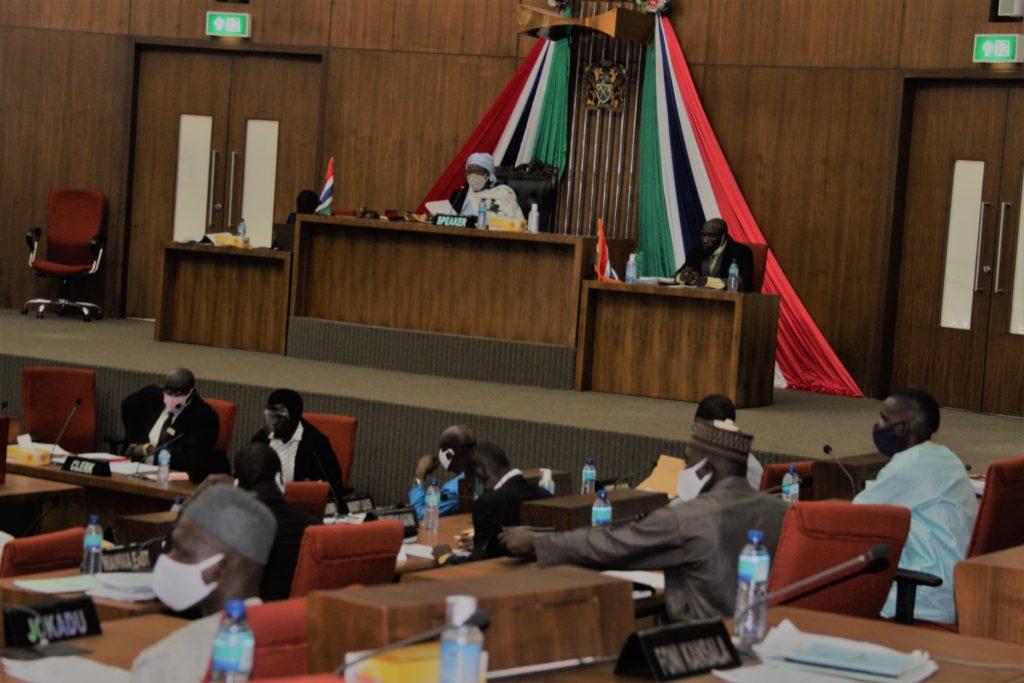