You are at:Home»Business Economy»Gambian Fuel Prices down by One Dalasis in September, Diesel prices 11% higher than World Average

According to fuel prices published by Atlas Energy Ltd, both petrol and diesel prices have declined by one Gambian Dalasi from August to September 2019. The latest September 2019 prices for fuel per liter are as follows; petrol 52.81 Dalasis and diesel 52.38 Dalasis.

It can be seen from the chart below that the price of diesel was higher than petrol from January to April, however, since the price of petrol eclipsed diesel in May, petrol prices continue to remain higher than diesel ever since. 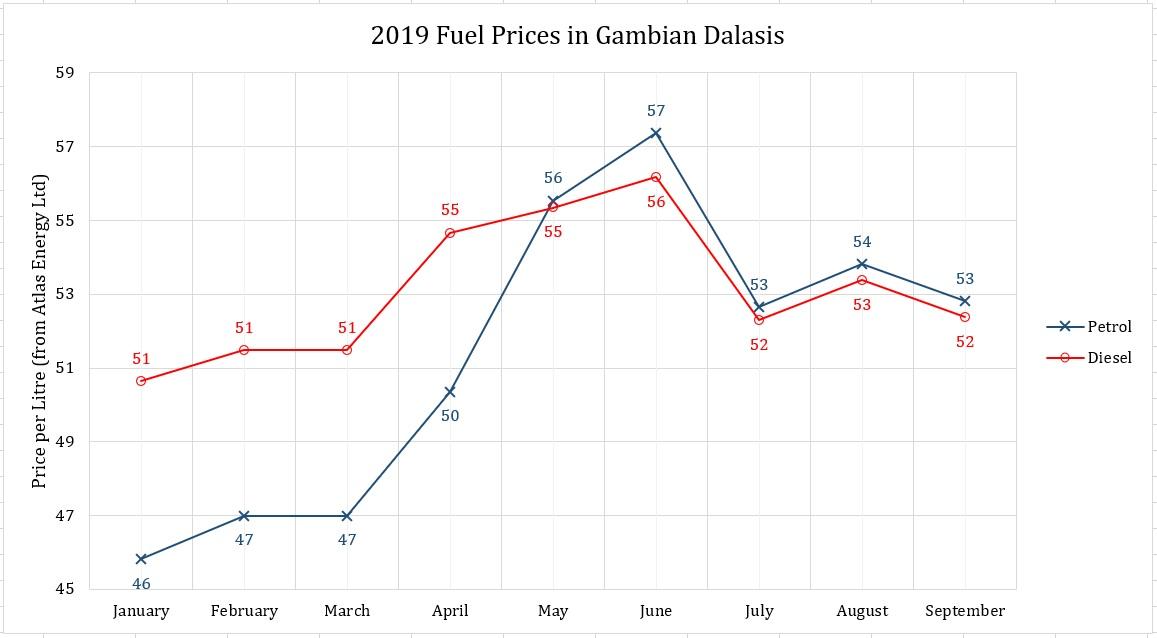 According to the Central Bank of The Gambia, one United States Dollar is 47.17 Gambian Dalasis. Using world fuel prices from GlobalPetrolPrices.com, a comparison demonstrates that the price of petrol in The Gambia is more expensive than the average world petrol price by three cents. On the other hand, petrol prices in Senegal are more expensive than Gambia’s by 18 cents.

Similarly the price of diesel in The Gambia is eleven cents higher than the average world diesel price, which stands at exactly $1.00 USD. In comparison to Senegal, diesel prices are more expensive in The Gambia by two cents.