By Yusef Taylor and Alieu Ceesay

The Gambia’s Minister of Justice, Hon Dawda A. Jallow presided over the launch of the Government’s White Paper on the implementation of the Truth, Reparations and Reconciliation Commission (TRRC) Recommendations and announced that it rejected the Commission’s recommendation to grant Sanna Sabally amnesty and to categorise certain Foreign Judges as “Mercenary Judges”.

The Government also rejected the Commission’s recommendations to ban the current State Intelligence Services (SIS) Director-General for 10 years for his role in destroying evidence at the former National Intelligence Agency where torture and other human rights violations occured. The rejection was based on the legal technicalities of the TRRC’s mandate.

Over 100 delegates including the former Vice President Fatoumatta Tambajang, Party Leader of the United Democratic Party, Ousainou Darboe, International Partners, National Assembly members, members of the media and other dignitaries graced the historic occasion at the Sir Dawda Kairaba Jawara International Conference Center on 25th May 2022. 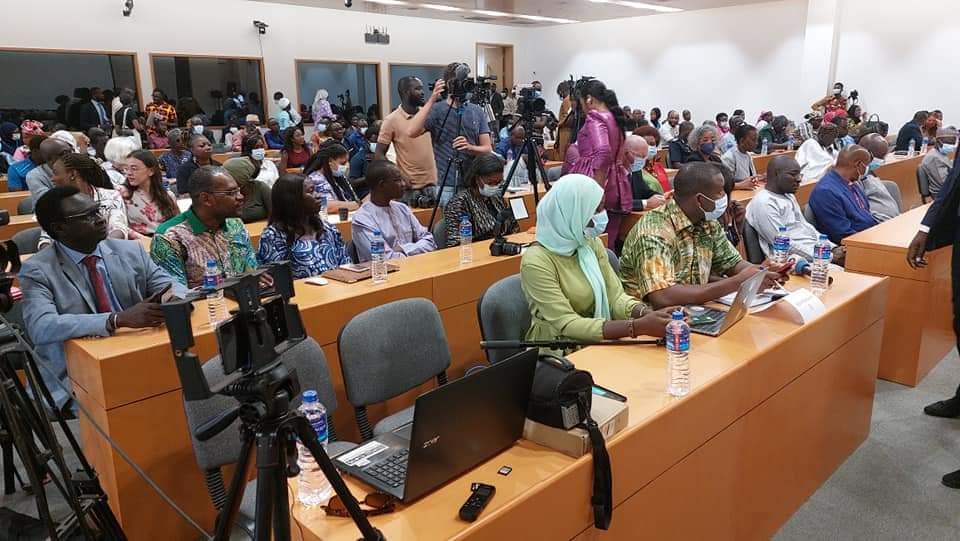 The TRRC was enacted by the National Assembly in 2017 to investigate the human rights violations that occurred under the regime of former President Yahya Jammeh. The Commission commenced its work by holding public hearings and conducting investigations on the human rights violations that took place during the 22 years of rule of former President Jammeh from 1994 to 2016.

However, at least one more recommendation from the Commission has been rejected which is the banning of Ousman Sowe, the current Director-General, from holding public office for 10 years “for the destruction and concealment of evidence at the NIA”.

According to the Government’s White Paper, “while the actions alleged above are said to have happened in May 2017, The TRRC’s mandate covers the period from July 1994 to January 2017. The Government is therefore of the view that this recommendation goes beyond the scope of the TRRC’s mandate”.

However, provision 36 in the TRRC Act 2017 on Offences states that “a person who threatens or interferes with an informant or a witness; or willfully obstructs or otherwise interferes with work of the Commission in the discharge of its functions, commits an offence and is liable on conviction to a fine not exceeding one million dalasis or to imprisonment not exceeding three years or both a fine and imprisonment”.

This begs the question of why the TRRC didn’t rely on this provision when making their recommendation on SIS Director-General Sowe who allegedly destroyed evidence at the former NIA Headquarters. The Gambia Government would be setting the wrong precedence to other Security Officers that destruction of evidence is not a punishable offence considering that the evidence destroyed could have been used to prosecute perpetrators. 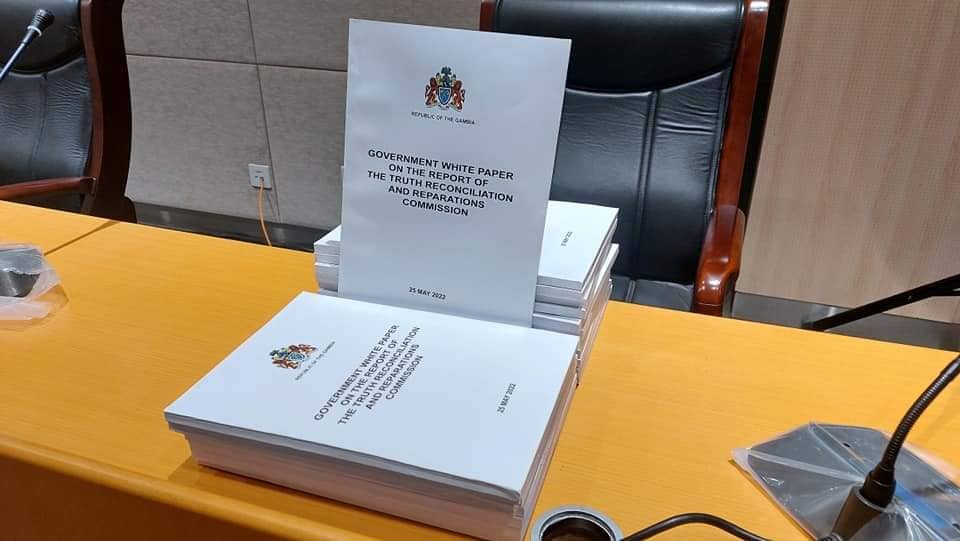 According to the Government’s Media Advisory, the Government “rejects the recommendation of the Commission as pertains to Sanna Sabally and notes that although he might have made full disclosure and showed remorse, Sanna is one of the individuals that bear the highest responsibility for gross human rights abuses and violations in the early days of the Jammeh regime, particularly the extrajudicial killing of many soldiers on November 11th 1994″.

It can be recalled that the Victim Center and supporters held a press conference to reject the TRRC’s Recommendation to grant Sanna Sabally Amnesty for his crimes. Sanna Sabally was the right hand of former President Jammeh and was Vice President of the Armed Force Provisional Council. After he fell out with former President Jammeh he was incarcerated and tortured in prison. Although Sanna was a perpetrator who was eventually victimised, the victims would be please to hear that the Government has rejected his Amnesty Recommendation and will face legal action for his crimes.

Minister Jallow noted that “the two judges came from sister countries with which we have a good bilateral relationship and the government does not want to jeopardize our relationship with any country, they stood by us since independence to date in many areas”. In his view “to single out only foreign nationals and categorized them as “mercenary judges” is something that government would not allow”.

According to the White Paper “the characterisation of foreign judges as “mercenary Judges” is unfair, especially without giving them an opportunity to be heard regarding the allegations made against them, in line with the rules of natural justice. The Government is mindful of the need to maintain existing cordial bilateral relations it has with sister countries, some of which have provided and continue to provide The Gambia with needed Technical Assistance, in critical sectors such as education, health, the judiciary and the justice sectors”.

Part of the white paper includes renaming Arch 22nd to “Never again memorial” and the government to “terminate all civil servants who are adversely mentioned in the TRRC” and are serving public office.