You are at:Home»Human Rights»Amnesty International: Key human rights concerns highlighted in a meeting with President Barrow

During a meeting with President Adama Barrow in the capital Banjul today, Amnesty International delegates noted the major progress made in the two years since his inauguration but drew attention to serious human rights violations in Gambia which still need to be addressed urgently.

While acknowledging that there is still much to do to improve respect for human rights in Gambia, President Barrow also recognized the challenges the country is facing in what he considers as “a transition period”.

Referring to the Gambian Truth, Reconciliation and Reparations Commission (TRRC) which began hearings on 7 January 2019, President Barrow told Amnesty International that at the end of its investigations, the government will look at the recommendations and prosecute those who are suspected to have committed grave human rights violations and abuses during former President Yahya Jammeh’s rule and ensure that they face justice.

President Adama Barrow also told Amnesty International he is committed to outlaw the death penalty, “as part of his legacies to the country.”

“We still see security forces using excessive force to disperse peaceful gatherings. Prison conditions are desperately poor, and we have credible evidence that teenagers as young as 15 years old are being held with adults without trial. Arbitrary arrests and detention still occur. If Gambia wants to go way from the poor human rights record it has had for many years, the country must accelerate its reforms and ensure that laws restricting freedom of speech and assembly are changed.” 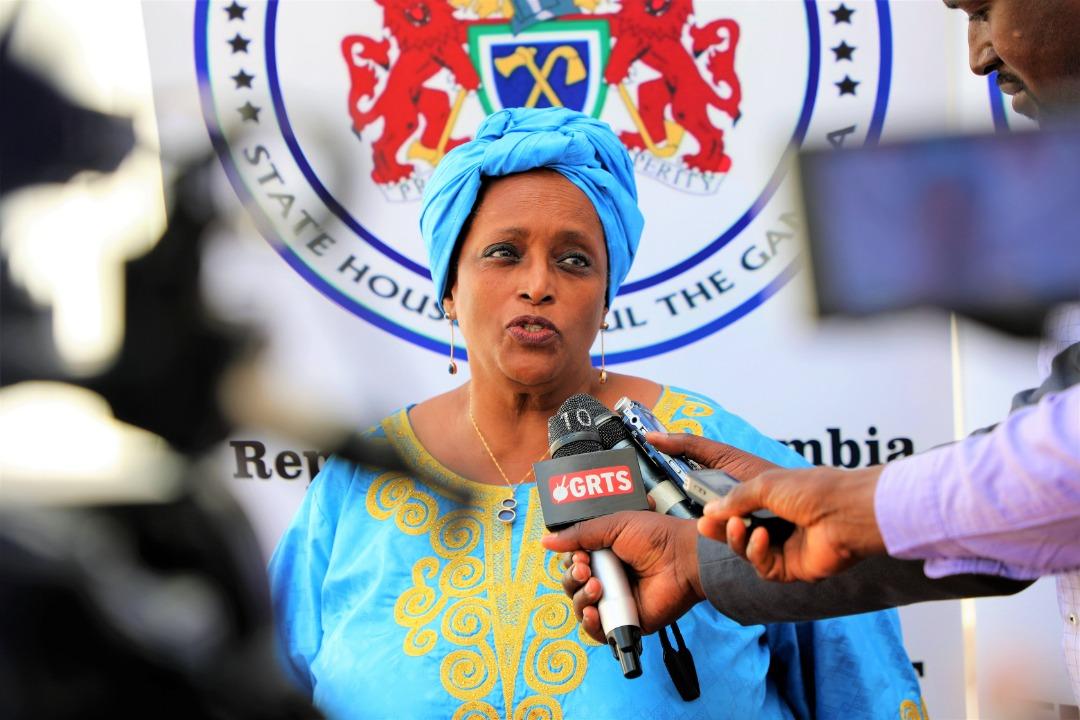 The Anti-Crime Unit in the Police Force which was created in April last year has been accused of arbitrarily arresting and detaining individuals.

In January this year, Omar Touray a member of the former ruling party was arrested and detained for five days without being presented before a judge. Other cases of arrests and detentions include the case of Dr Ismaila Ceesay who was arrested in January 2018 after he gave an interview to a newspaper where he reportedly criticized the president. He was later released and charges against him dropped. In June 2017, youth activist and journalist Baboucarr Sey was subjected to arbitrary arrest and detention for leading a community initiative to protest the acquisition of a football field by a private company.

Amnesty International also took the occasion of its meeting with President Barrow to underline the need to improve the conditions in prison facilities such as Mile 2 and Janjanbureh, and reform relevant legislation in line with international standards. The situation was especially bad at Mile 2 prison, where Amnesty International documented that young boys of 15 and 16 years old were detained alongside adults for months without being brought to a court.

“We asked President Barrow to publicly instruct the Anti-Crime Unit, the army and the State Intelligence Services not to detain people beyond the 72-hour period which is permitted by law,” said Marie-Evelyne Petrus Barry.

“The President should also provide the leadership needed to ensure that relevant authorities move swiftly to improve the dire conditions in prison facilities across the country and reform relevant legislation in line with international standards.”

In an extremely disturbing episode in June 2018, three people were killed, and many others injured when armed policemen opened fire on peaceful protesters in the village of Faraba, 40 km outside of Banjul. A commission of inquiry that was set up to investigate the deadly incident recommended that suspected perpetrators should be brought to justice, but they were pardoned by the President.

Cases of violations of the right to freedom of expression have been recorded since President Barrow was elected in January 2017. For example, the Occupy Westfield group which was set up to campaign against the numerous power cuts and water shortages in the country, was denied the right to protest.

Amnesty International has recommended during its meeting with the President that Gambia repeals laws that restrict the rights to freedom of expression, freedom of peaceful assembly and association. These include the offence of holding a procession without a permit under Gambia’s Public Order Act, and the offence of unlawful assembly under the Criminal Code.

The authorities publicly spoke about getting rid of the death penalty in the country’s future constitution and has gone further to ratify the Second Optional Protocol to the International Covenant on Civil and Political Rights, aiming at the abolition of the death penalty. However, these important steps have been seriously undermined by the fact that at least three people were sentenced to death in 2018.

The Gambian authorities should follow up on its commitments including the ratification of the Second Protocol by implementing laws that abolish the death penalty for all crimes without delay and commuting all death sentences to terms of imprisonment. Today, President Adama Barrow told Amnesty International he is committed to outlaw the death penalty, “as part of his legacies to the country.”

At the meeting with Gambian President Adama Barrow, Amnesty International discussed a series of recommendations covering 10 areas of reform. These include guaranteeing the rights to freedom of expression, freedom of peaceful assembly and association; end arbitrary arrest, detention and torture; protect and promote women and girls’ rights, and end impunity for human rights violations.