Popular rapper/ activist Ali “Killa Ace” Cham told Gainako that after reporting to Talingding Police Station on Wednesday 21st August 2019, he received instructions to report to the Anti-Crime Unit (ACU) Headquarters in Bijilo this morning at 8:30 am.

Speaking to an executive member of SK Boka Loho, a Serrekunda market association, Hadim Samateh, confirmed that he was also invited to report to the ACU this morning at the same time. This has caused much concern from detainees who were arrested on Saturday 17th August 2019. In addition to the concerns of the detainees, Hadim Samateh narrated his altercation with ACU officers at Bijilo.

Samateh was not initially part of those detained on Saturday; however, he was also charged on Monday after visiting the ACU with two other executive members while checking on the welfare of detainees arrested on Saturday. Mr. Samateh said he was assaulted in the mouth and then charged with arson, willful damage and unlawful assembly together with two other executive members; namely Dodou Njie (President) and Demba Njie (Secretary General).

On Monday 19th August 2019, three executive members visited the ACU to check on the well being of detainees alleged to have participated in the willful damage of ACU chief, Gorgi Mboob’s house and arson at the Bakoteh Police Station. According to Hadim, who is also a founding member of the association, numerous unlawful arrests have taken place in the market causing the market community to form its own group “SK Boka Loho” which translates into SK Join Hands. Mr Samateh highlighted that “police officers would hand over phones to market vendors only to be arrested after selling those phones”.

Mr Samateh recalled that he was “good friends with [the late]Ousman Darboe. Whenever my kids came to the shop, he would come and play with them always”. Last month, the death of Ousman Darboe, a Sierra Leonean market vendor in Serrekunda sparked riots after allegations that he was detained at the ACU for nine days and tortured leading to his death.

As reported by SK Boka Loho President, Dodou Njie, “when we arrived at Anti Crime, they refused us entry. I called the commissioner, Gorgi Mboob and he didn’t pick up my calls so I called another official who organised for the ACU guards to allow us entry. When we entered the place, I started observing some people making phone calls”.

Hadim also made similar comments in a separate interview adding that “when we finally entered the ACU, a person called Jobe who is well known at the market was communicating on the phone”. Hadim says he suspected that Jobe was communicating “with officer inside to arrest one of their colleagues”.

As stated by Hadim, the officers claimed that they “recognized me in a video and I was going to be charged. That’s when I was separated and insulted by one officer. I told him not to repeat the insult or else I will pay back”. After he protested against the verbal abuse the officer reacted aggressively and “grabbed me [Hadim] by the collar and assaulted me by hitting me in the mouth”. This was witnessed by two of his accompanying executive members, Dodou Njie and Demba Njie.

According to Hadim’s narration, the matter could have escalated had one senior officer and ACU chief, Gorgi Mboob not intervened. Soon after the scuffle begun with the officer he described as junior, “a senior officer came and rescued me and started apologizing on behalf of the junior officer. I was bleeding in the mouth. So I complained bitterly about the abuse to all the officers present including Gorgi Mboob”.

As mentioned by Hadim, he knew that witnesses were present to verify his attack and so he demanded for his lawyer’s presence. At that point, he explained that “they tried to scare me by warning me that if I want my lawyer to come I will be held in the cell until tomorrow morning as they were about to leave”.

According to Dodou Njie, SK Boka Loho President, it was at this point that they “were asked to write a statement and charged on three counts; unlawful assembly, willful damage and arson. All three of us (Dodou Njie, Hadim Samateh and Demba Njie) were charged because they say we were seen in a video.”

Asked if they were given a charge sheet, he responded, “we were never provided a charge sheet, however, we provided a statement to the Police and were charged. In our statement, we explained that we were at the [July 24th 2019] protest as community leaders trying to calm down the situation. We were asking people to leave the protest, because the commissioner had asked us to go and calm the situation down.”

As mentioned by multiple sources including the President, “one [ACU officer] Jobe was being led by one L-Boy around the market. L-Boy kept pointing at people who were being arrested and forced into the pickups. One guy in particular was very scared and started shouting and trying to escape. When you see all these guns these guys came with it’s very scary. They tried to handcuff him and he resisted, eventually around six ACU officers managed to restrain him.”

“At that point, some of our people came to us asking if they should attack the arresting officers. That’s when I told them since this is a government vehicle and I know that these people are police officers lets allow them to do their operation and we’ll inquire with them about the reason for these arrests.” 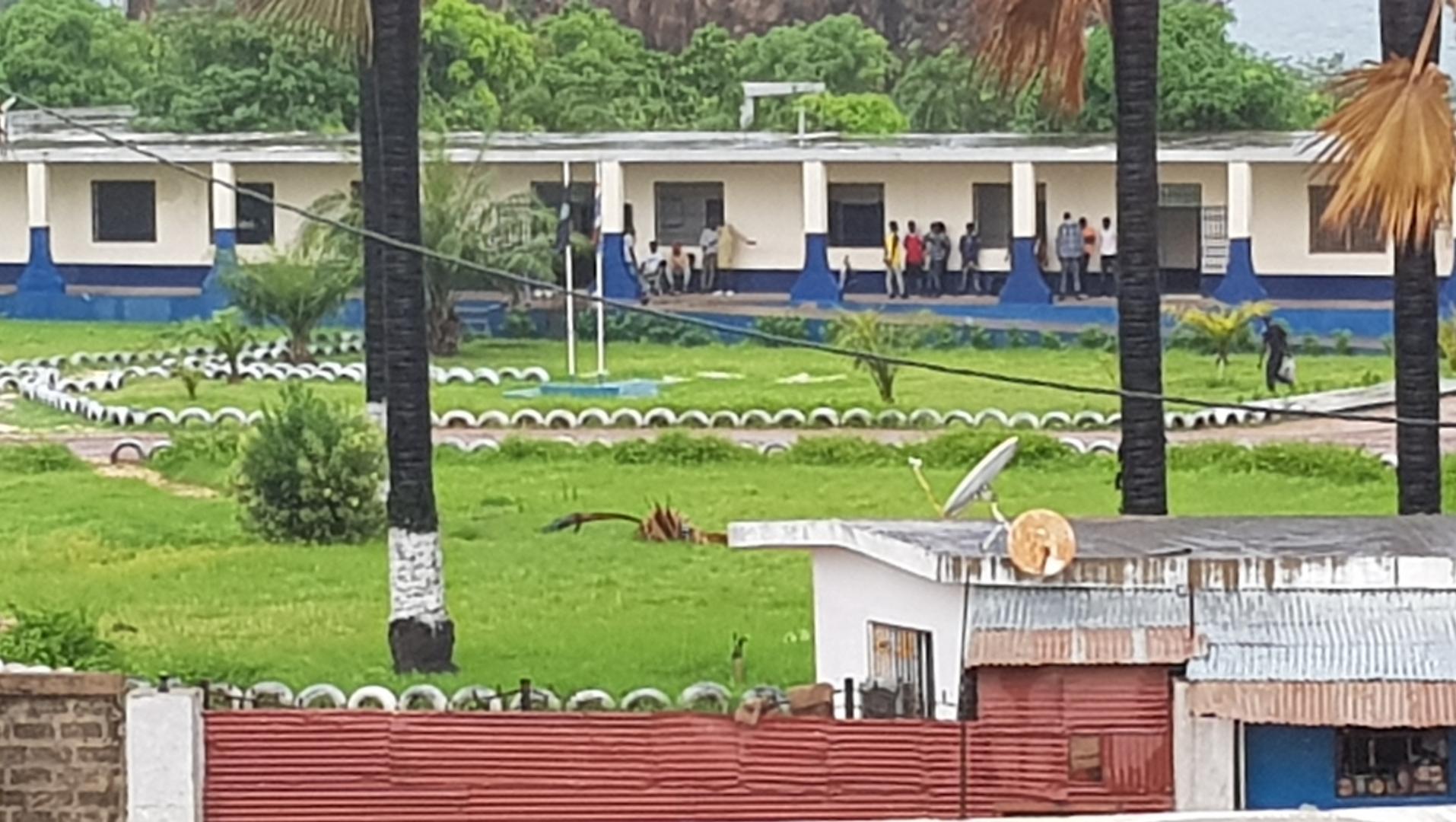 Detainees reporting to ACU this morning

After reporting to ACU

Speaking to Killa Ace after reporting to Police, he highlighted that together with other detainees they “faced an identification panel who identified them and instructed them to continue reporting to their respective local stations”.