Supporters of outgoing President Trump stormed the United States Capitol building yesterday 6th January 2021, two weeks before President-Elect, Joe Biden is expected to take his oath of office. Soon after protestors overpowered security officials and stormed the building, Vice President Mike Pence, presiding over the Senate was evacuated to a safe location. The Senate floor had to be cleared until Security Officers dispersed rioters and took control of the building. An announcement from Washington DC Police Chief indicates that four people have been killed as a result of the riot which disrupted the US Congress from counting the Electoral College Vote.

Addressing his supporters at a “Save America March” on January 6th, President Trump told the crowd that “we’re going to the capitol and were going … to try and give our Republicans [the weak ones because the strong ones don’t need any help]the kind of pride and boldness that they need to take back our country.”

Reacting to the violence which saw four people killed, Washington DC Mayor, Muriel Bowser told Americans that “we saw an unprecedented attack on our American Democracy incited by the United States President and he must be held accountable. His constant and divisive rhetoric led to the abhorrent actions we saw today. And sadly, it led to a loss of life that will forever say what could have been and what should have been a peaceful transfer of power. Again he must be held accountable.”

Four years ago during President Trump’s inauguration speech, he told Americans that “every four years we gather on these steps [US Capitol] to carry out the orderly and peaceful transfer of power.” However, the democratic transfer of power he was accorded is being seriously threatened with many calling the riots an insurrection.

Refusing to acknowledge that President-Elect, Joe Biden had won the 2020 Elections, President Trump continued to peddle conspiracy theories that the election was stolen. Not willing to congratulate his successor he defiantly said: “we will never give up, we will never concede, it doesn’t happen. You don’t concede when there’s theft involved”. Encouraging his supporters to march on to the US Capitol building he told them “let’s walk down Pennsylvania Avenue”.

After the riot commenced President-Elect Joe Biden made a public appeal urging President Trump to call off the protest which had descended into a riot, however, this never materialised. Instead, President Trump took to Twitter to say “I am asking for everyone at the U.S. Capitol to remain peaceful. No violence! Remember, WE are the Party of Law & Order – respect the Law and our great men and women in Blue. Thank you!” 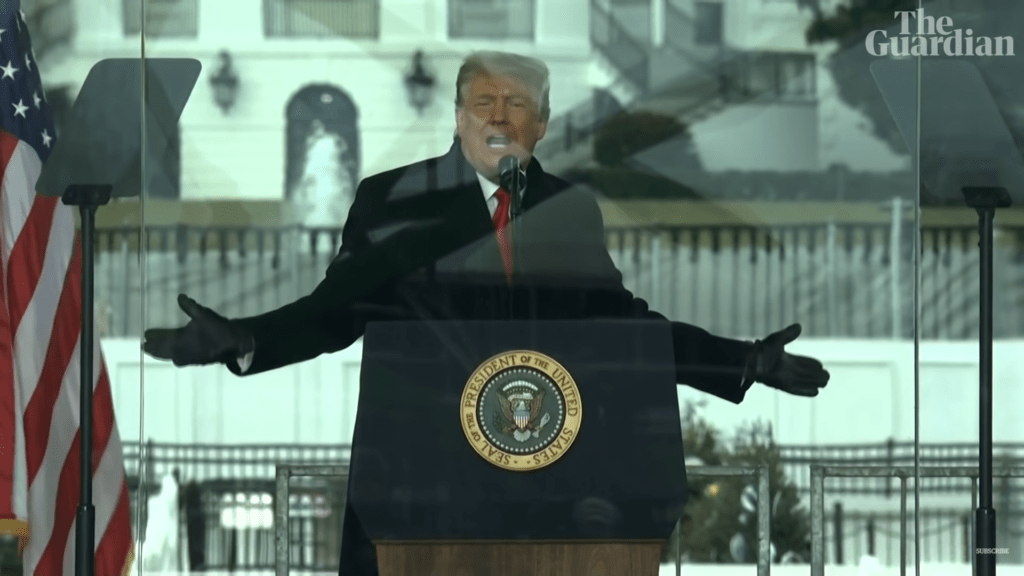 Describing the carnage that ensued, US Capitol Police Chief announced that “protestors breached fencing along the Capitol grounds and confronted Police line surrounding the building” at around 2:46 pm. After “multiple individuals forced entry into the Capitol building” which was still in session “plainclothes US Capitol Police Officers” confronted the protesters who had forced entry and “one Capitol Police Officer discharged their service weapon striking an adult female”. She was later pronounced dead at the hospital. Another two male and one female also died in the area around the Capitol building. DC Police Chief explained that the three deceased “appeared to have suffered from separate medical emergencies which resulted in their death”.

Turning his attention to the injured he noted that “at least 14 NPD Officers have sustained injuries during the demonstrations. One officer suffered serious injuries after he was pulled into a crowd and assaulted, he is currently hospitalised and undergoing testing for treatment for his injuries. One officer received significant facial injuries from being struck by a projectile and is also hospitalised.”

Apparently, explosives were also employed as Police report that “two pipe bombs have been recovered. One pipe bomb from the DNC another pipe bomb from the RNC. A cooler from a vehicle with a long gun that also included Molotov cocktails. This also was on the grounds of the United States Capitol.”

According to the Police Chief, Congress reconvened at around 8 pm when the security officers managed to take control of the building. 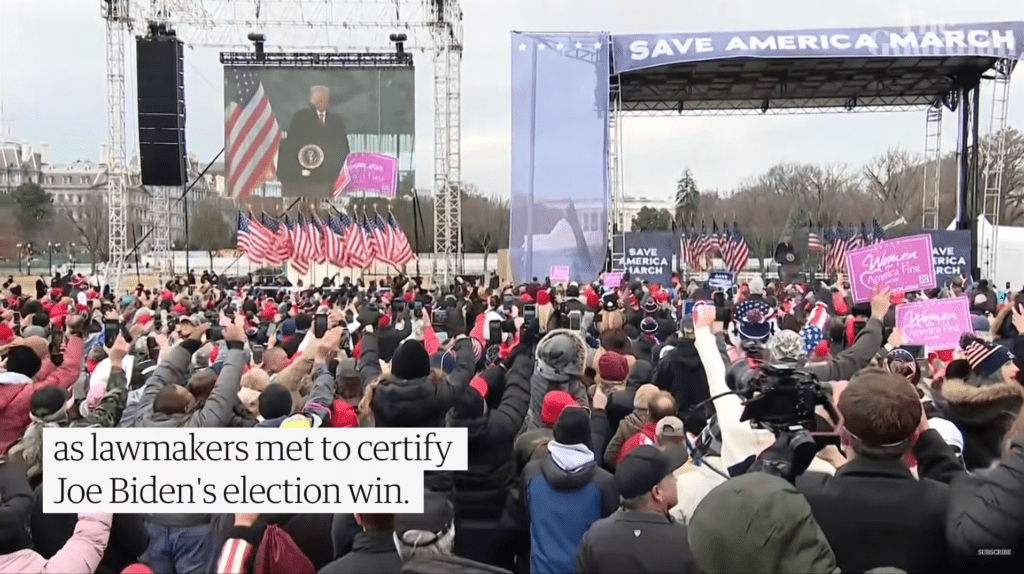 President Trump’s Lawyer, Rudy Guiliani also addressed the rally which amassed thousands of supporters primed to feed on his conspiracy theories of how the election was stolen. Since the results were announced Lawyer Guliani has failed to record any success after 64 legal challenges. According to the one time Mayor of New York City “if they ran such a clean election why wouldn’t they make all the machines available immediately? If they ran such a clean election, they’d have you come in and look at the paper ballots. Who hides evidence? Criminals hide evidence? Not honest people.”

Having recovered from the Coronavirus, Mr Guiliani was adamant that fraudulent ballots were counted in the US Presidential Elections and that “over the next 10 days we get to see the machines that are crooked, the ballots that are fraudulent”. His most controversial statement appeared to call supporters to arms when he said “let’s have trial by combat. I’m willing to stake my reputation the President is willing to stake his reputation on the fact that we’re going to find criminality there. Is Joe Biden ready to stake his reputation that there’s no crime there? No.”

After the Senate reconvened Vice President Mike Pence delivered a speech sending a message “to those who wreaked havoc in our Capitol today, you did not win” he says. “Violence never wins. Freedom wins and this is still the people’s house”. Senate Majority Leader, Mitch McConnell also fired a message to rioters telling them “we will not be kept out of this chamber by thugs, mobs or threats. We will not bow to lawlessness or intimidation we are back at our post”. By the end of the session, Congress had certified the 2020 Presidential Elections results paving the way for President-Elect, Joe Biden’s inauguration. However, everybody will be holding their breath that a similar security breach does not occur during Joe Biden’s inauguration.