In a Gainako exclusive interview with the IEC Chairperson, Alieu Momar Njai in June he clarified that the current voter register will not be used, “we have to have a completely new voter registration to conduct the referendum”. This places more importance on the voters register for the next elections.

According to the IEC’s Electoral Calendar, voter registration will be conducted within The Gambia from 14th January 2021 to 26th February 2021. Gambians in the Diaspora will be able to register from abroad for the first time from 1st July 2021 to 31st July 2021. Unfortunately, the schedule also indicates that the Constitutional Referendum will be held on 5th June 2021, a month before Diaspora Gambians will be registered to vote. This will rule out the possibility for Gambians to vote from abroad in the Constitutional Referendum.

This is the reason why a bill is introduced to promulgate a new constitution and repeal the 1997 constitution. According to the process laid out in section 226 of the constitution as explained in detail below, the draft constitution will only be subject to a referendum after it successfully goes through three readings and enjoys the support of 3/4 of NAMS on the 2nd and 3rd reading.

After the Bill is tabled for the first reading the Constitution demands that “the Bill is supported on the second and third readings by the votes of not less than three-quarters of all the members of the National Assembly” to proceed on to the next phase. 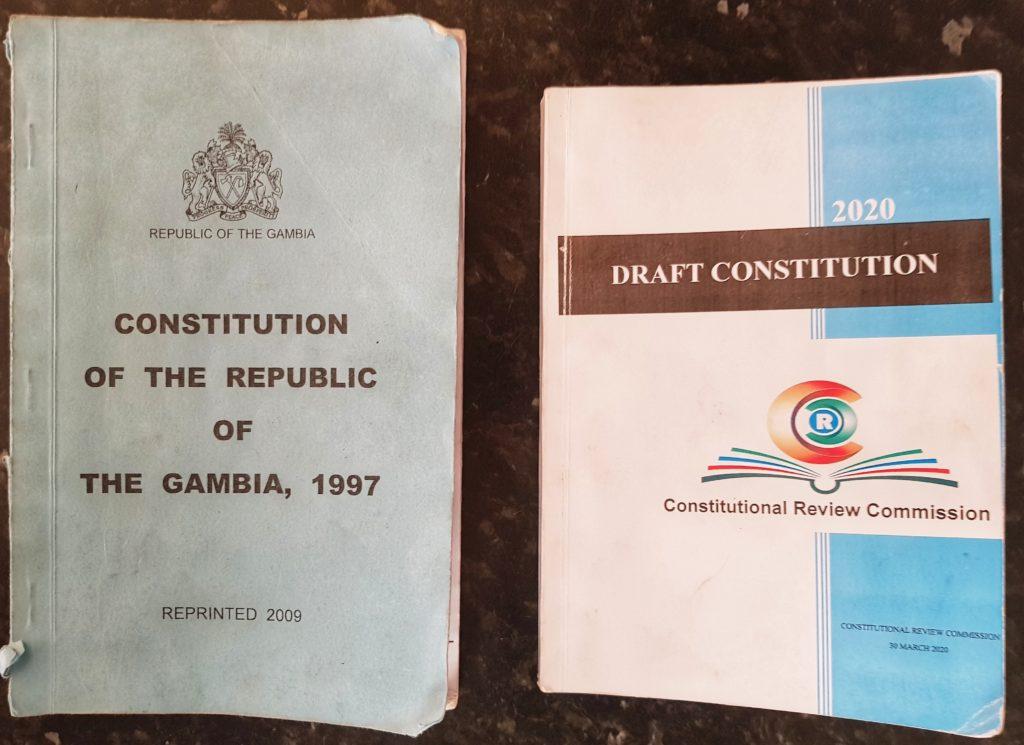