On Friday 6th December 2019, Gambia’s Finance Minister, Hon. Mambury Njie read out the 2020 Budget Speech and tabled a revised Budget Estimate at the National Assembly which proposed to cut over 1.6 Billion Dalasis from the initial 22.9 Billion Dalasis Budget Estimate which he tabled only two weeks earlier on 18th November this year.

This bring the most recent Estimate on Government Expenditure tabled by the Minister down to 21.3 Billion Dalasis as opposed to 22.9 Billion tabled in November. The chart below depicts how the 301 Million Dalasis has been distributed among Government sectors. 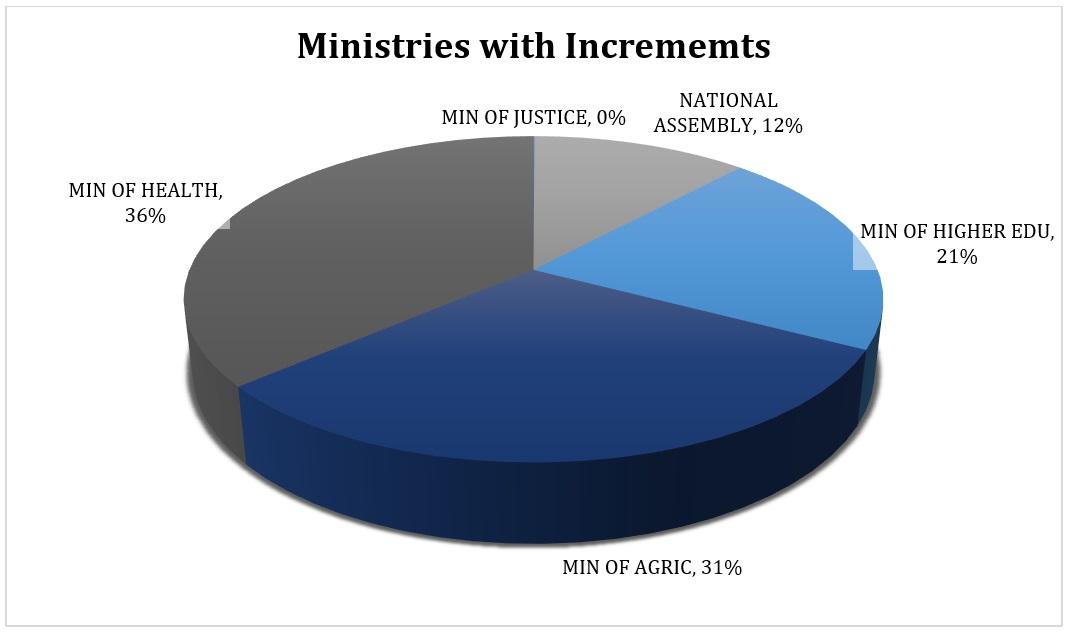 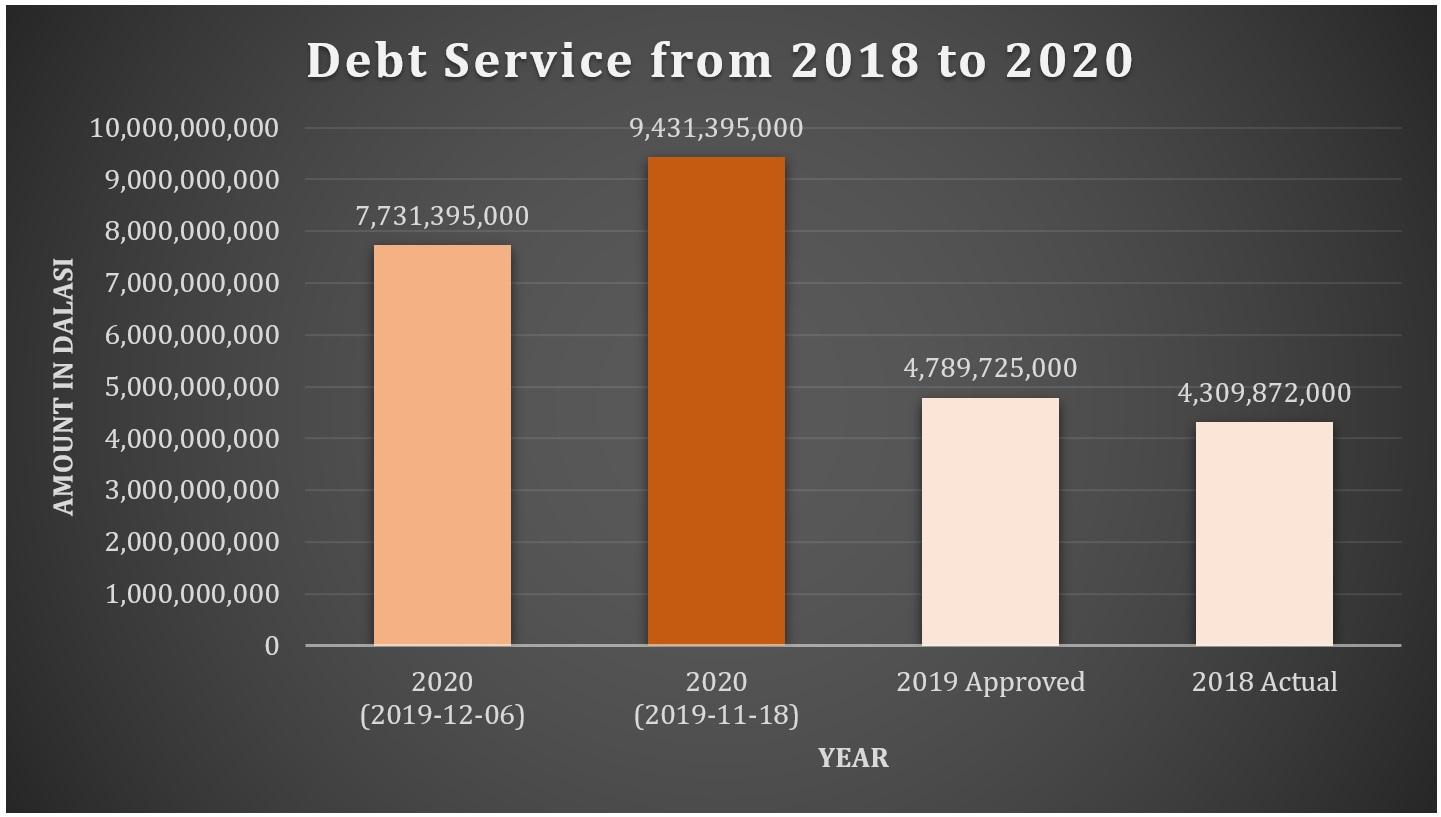 Only three sectors were spared from cuts by the Finance Minister and these are; the Public Service Commission, Pension and Gratuities, and Centralized Services. After the huge cuts in the National Debt Service the four Sectors which received the highest cuts are; Audit Office, Independent Electoral Commission, Office of the President and the Judiciary. 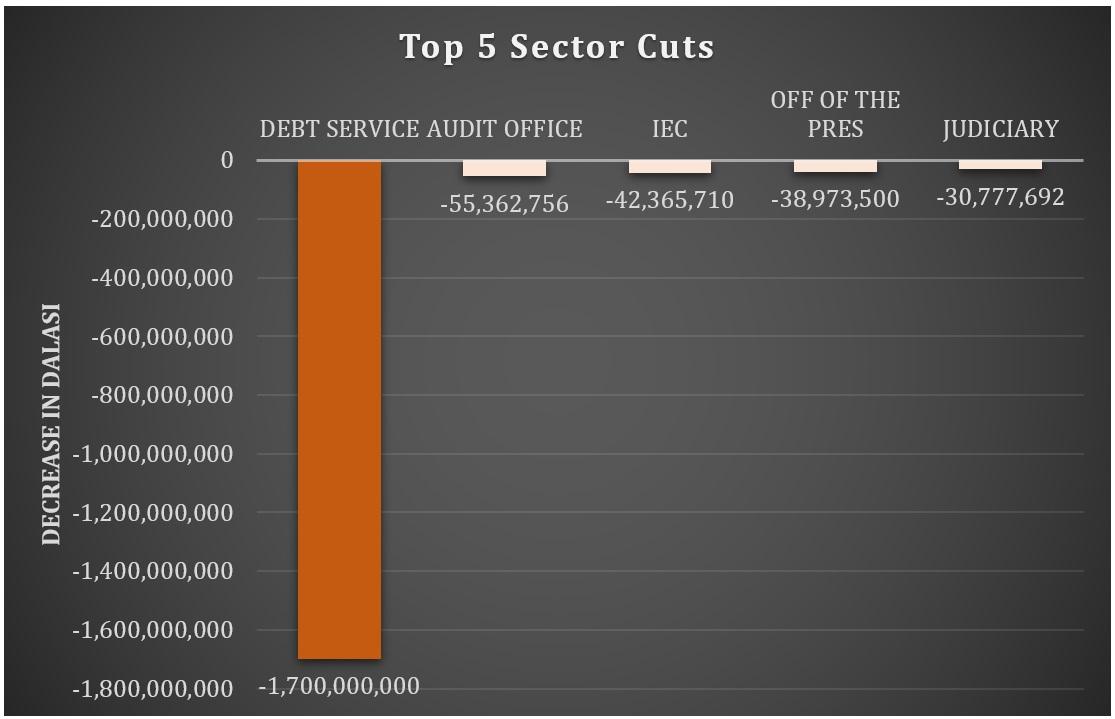 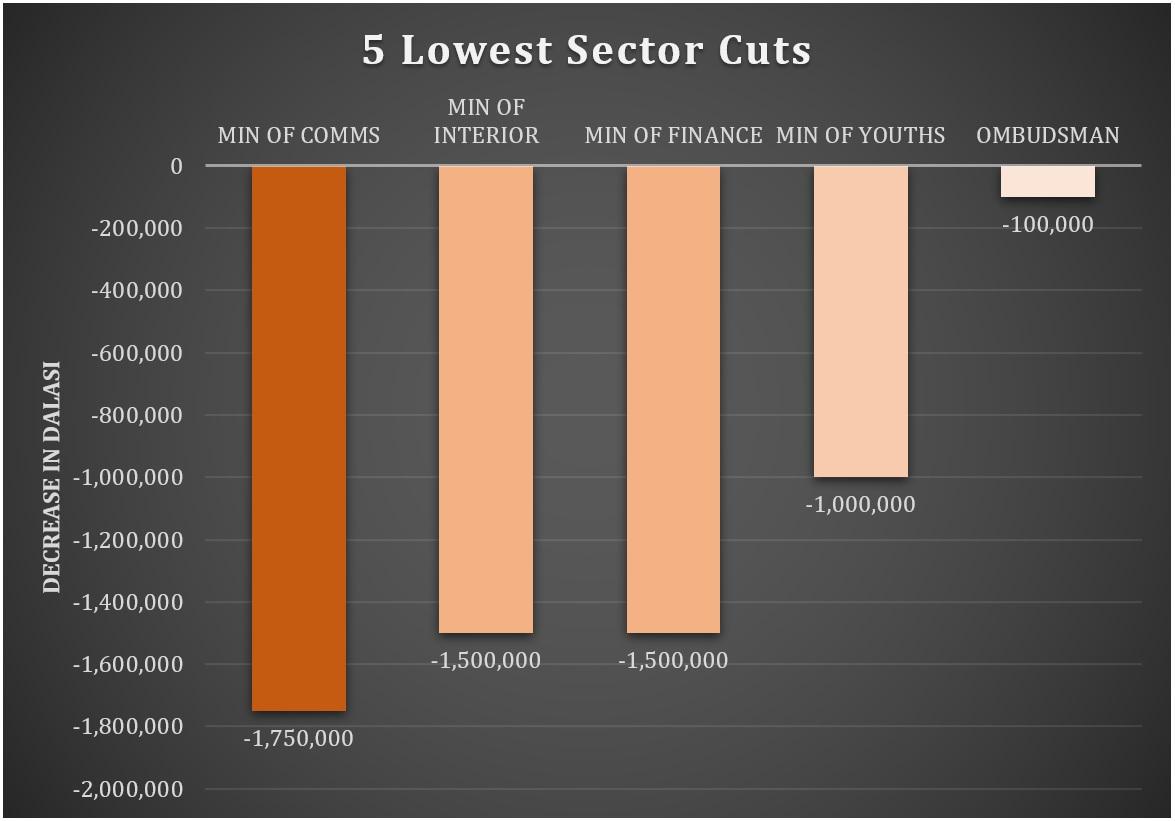 The table below shows the 2020 Budget Estimates submitted first on November 18th and a revised allocation submitted on December 6th this year. The difference shows how the Finance Minister has made cuts on almost all sectors. 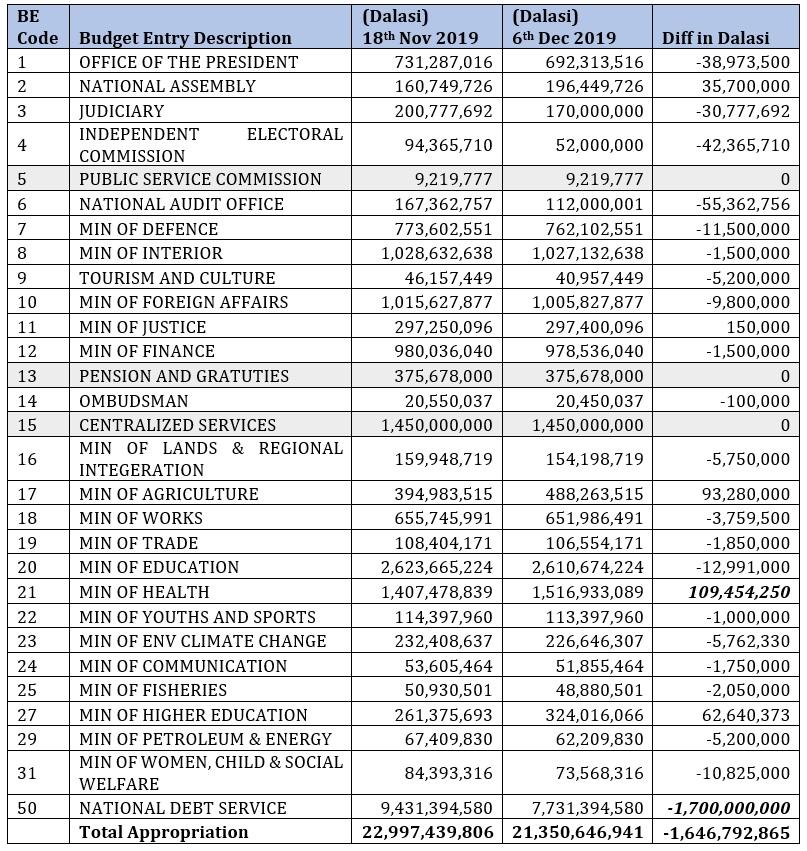