A screenshot purportedly from a Twitter page named @CAF_Online alleged that “7 Players in the Gambian Team including the Captain and 4 Team management members have tested positive for COVID-19 and have been placed in isolation effective immediately”. 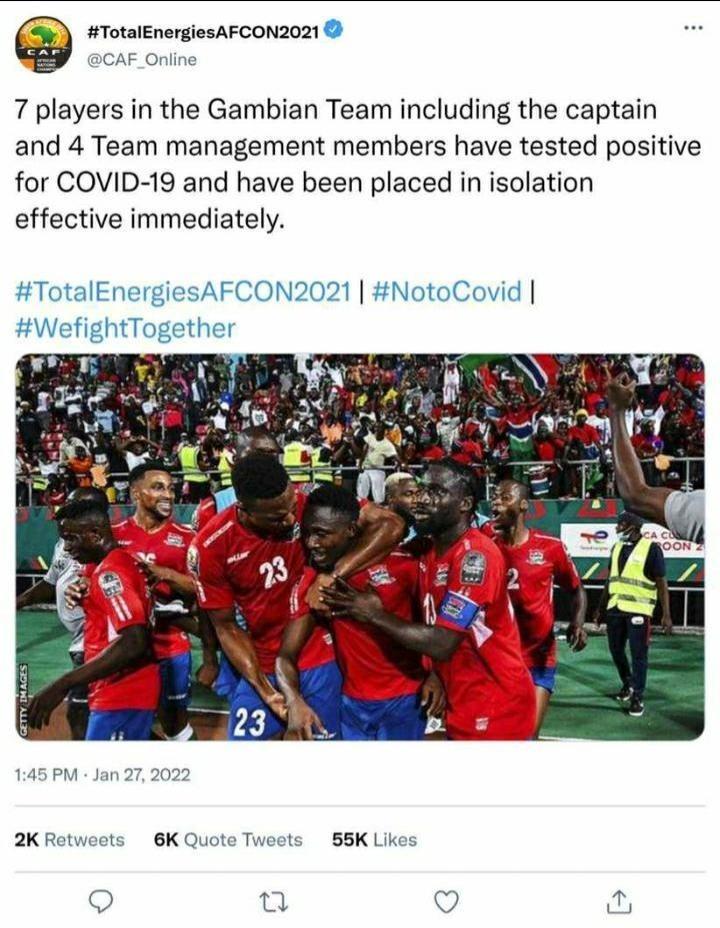 Fact-Check: the claim has gone viral on social media, however, The Gambia Football Federation (GFF) posted a statement on their Facebook website responding to the allegations and confirming that all 27 Gambian Players had tested negative for COVID-19 and the team are in good spirit.

“The News that seven of our players and four managers testing positive and currently in Isolation are fake, malicious and bogus claims that are meant to distract our preparations and create panic ahead of the most important match in Gambian football history,” said the GFF Communications.

The Gambia Football Federation urge the people to disregard the fake news and remain active. The only exception was for Yusupha Njie, who was suspended for the Saturday match due to a red card he received in their previous game against Guinea Conakry.

The GFF statement noted that “the remaining 26 players are all available to Tom Saintfiet for selection against the host”. 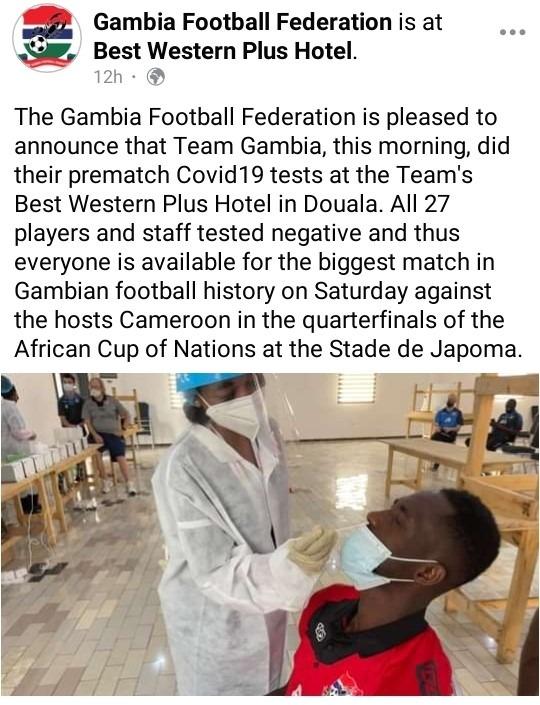 Additional checks online showed that the Twitter handle @CAF_Online had not posted any such image which highlights that the image may have been a doctored photo to distract the Gambia from its first-ever quarterfinals in the Africa Cup on Nations against Cameroon.

Verdict: Therefore, the claims that any Gambian player tested positive for COVID-19 is entirely FALSE.

The Gambia went on to lose the match against Cameroon 2 nil and was eventually knocked out of the competition after qualifying for the Africa Cup of Nations for the first time.

The Gambia outperformed numerous African Teams which were higher ranked like Ghana and Nigeria who was knocked out at the group stage and Algeria and South Africa who did not qualify for the Africa Cup of Nations 2021.