President Adama Barrow after assuming office during his first term assured that his government’s immediate priority was to address the frustrations and lack of opportunities for the Gambian youth.

At the launch of the National Development Plan (2018-2021), the government said it was committed to implementing projects and programs that will contribute to transforming the country into a more progressive, vibrant and all-inclusive society.

One of the key outcomes for Youth Empowerment and Development in the National Development Plan was the need to produce “[a] revised National Youth Policy and Act”.

During interviews with Officials and Youth Advocates, it was observed that the National Youth Act and the National Youth Policy were referred to interchangeably. Our reporter made a concerted effort to differentiate the two to better inform readers about the progress made in redeeming this promise. 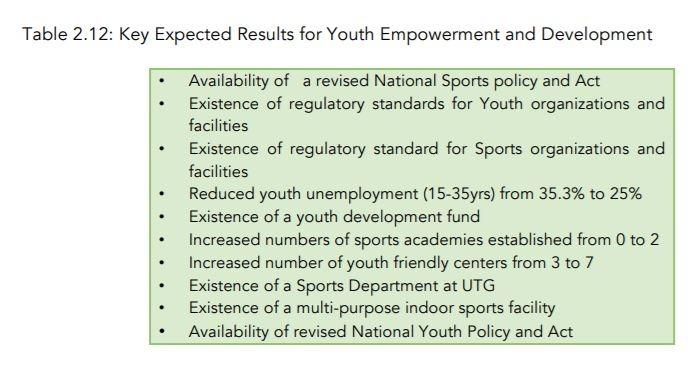 Our Fact-Check commences with an interview and statements by Mr Musa Mbye, the Deputy Permanent Secretary at the Ministry of Youths and Sports (MOYS) and the Chairperson of the task force for Legal Issues.

According to Mr Mbye “formal Youth work in the Gambia started in 1989 and that was when the first National Youth Policy was developed and it’s a ten-Year Policy Cycle. Then after 10 years in 1999, the second Policy came up and that is how it is being done”.

The current [National Youth] Policy 2019 to 2028 is the fourth policy to be produced for the country. According to Mr Mbye, the policy was approved by the cabinet “following a terminal evaluation of the last policy and the lessons learnt helped in developing this policy”.

To confirm Mr Mbye’s statement our reporter contacted Mr Omar Bah, a Program Officer working for the National Youth Council (NYC). According to Mr Bah “The government has established a new National Youth policy 2019 – 2028 and it has been approved by the cabinet”.

Speaking to Mr Omar Danso, the National Coordinator of ACTIVISTA, a recognised Youth Organisation by the NYC, he explained that “the involvement of National [Youth] Organisations in the formulation of the National Youth Policy to some extent one might say it is so limited”. According to Mr Danso, “there was no formal invitation sent to most of the youth organisations including ACTIVISTA, Peace Ambassadors, NYP and so on”.

According to Mr Omar Bah of the National Youth Council, NYC is currently on a “nationwide consultation of the Youth Bill, 2021 with the young people and other critical stakeholders”. Mr Bah noted that “the first National Youth Act was established and approved by the cabinet in 2000”.

At one of their Consultation meetings with Gambian Youth Leaders in Banjul, Mr Musa Mbye, the Deputy Permanent Secretary spoke about the National youth Act which he also confirms “was promulgated in 2000 and since then it’s over 20 years now. Of course, the dynamics and changing needs necessitated the need, of course, to review our legislative frameworks in order to align it with the current realities”.

Speaking to Mr Omar Cham or the National Youth Parliament we asked him about the level of involvement of youths in the Youth Bill, 2021. In his view, he does “not believe the young people have been sufficiently involved. This is due to the fact that as the most important stakeholders in this endeavour, young people should have been engaged from the planning stage. We are aware of the consultations being conducted with some young people in the regions but I want to believe such should have been the departure point, not after a draft”.

ACTIVISTA National Coordinator Mr Omar Danso responded to Gainako’s questions on their level of involvement in the Youth Bill, 2021. To this Mr Danso explained that “on the side of the Youth Act I think we were all shocked when we saw the first draft came out and according to some of the sources it is stated that draft was done in consultation with National Youth Organisations which actually as far as I know at ACTIVISTA end it is false”.

“Right now, we are looking at the Policy critically and trying to come up with a position paper that we can submit because we feel that NYC is not actually engaging National Youth Organisations,” said Mr Danso.

President Adama Barrow has established a Revised National Youth Policy 2019-2028 which is available online, however, a Revised Youth Act has not been tabled at the National Assembly by the Ministry of Youth and Sports.

Therefore, the promise to establish a revised National Youth Policy and Act has only been partially redeemed.

Fact-Check: Has President Adama Barrow Delivered on His Promise to Establish a Revised National Youth Policy and Act?