Speaking during the closing statements of a half day training session of journalists on “reporting on the Draft Constitution” what appeared to have been the customary closing remarks turned into breaking news from the CRC Chairperson. After explaining why the drafting process took longer than expected Chairperson Jallow announced that “we are in the position to publish this first draft tomorrow Friday 15th of November 2019”. Unlike the Janneh Commission reports which were not published online the CRC Chairperson explained that “we will share this draft online and also, we will have hard copies available, hopefully to all of you [Journalists] when we get together sometime”.

According to CRC Media Chief Sainey M K Marenah a press conference will be held tomorrow Friday 15th November from 10:30 am at the CRC Headquarters in Koto. “The Chairperson will preside over the release of the much-anticipated Draft Constitution” he said.

Consultation for One Month

Declaring the commencement of the final round of public consultation the Chairperson explained that “as we promised during the in-country consultations that we will have another round of consultations with the Public on the draft constitution. It is so called consultation but it is more like informing the Public of what is contained in the Draft Constitution. So that people have an opportunity to ask us questions instead of us just letting them know just what is in the Constitution. And also, to hear from them in terms of how they think the draft constitution may be improved upon. That something we’ll look forward to as much as possible.”

“We expect that from tomorrow when we publish the draft Constitution it will be out for Consultation for one month. From the 15th of this month [November] to the 15th of December.”

According to Justice Jallow “in the last two weeks of that month we expect to be out in a public consultation tour hopefully with you so that we can commence face to face direct engagement before we sit down to finalise the draft.”

Chairperson Jallow “It is important for everybody to know that this is just the first draft and it is a consultation draft we’ve prepared the draft in order to sensitize Gambians in terms of what we have been doing and also to invite the public to provide comments on the draft. To indicate to us in a very constructive way whether we’ve been able to meet the aspirations of the Gambian people.”

“But going back to the point I made earlier we need to look not for what we have suggested should be in the Constitution alone, because you could look at the draft and the views you’ve expressed may not be contained din the constitution, there are reasons for that. I think what we have responsibility to do as citizens is to establish whether the draft actually as outlined captures the necessary elements for the future governance of this country and whether it’s in the best interest of our people and future generations of Gambians.”

“If there are ways we can improve on the draft that’s something we certainly will welcome. What we expect is for people to read the draft constitution to understand it, rather than to misunderstand it. I think that is important. Because when you read a document with the view to misunderstand it, you will misunderstand it from the word go and you may not be in a position to make positive contributions or constructive contributions to its finalization. So, we hope that you as partners in the media, you will emphasize this point to our citizens and other stakeholders to ensure that once the draft is published it will be the subject of constructive analysis by members of the public and other stakeholders, I think that is important.” 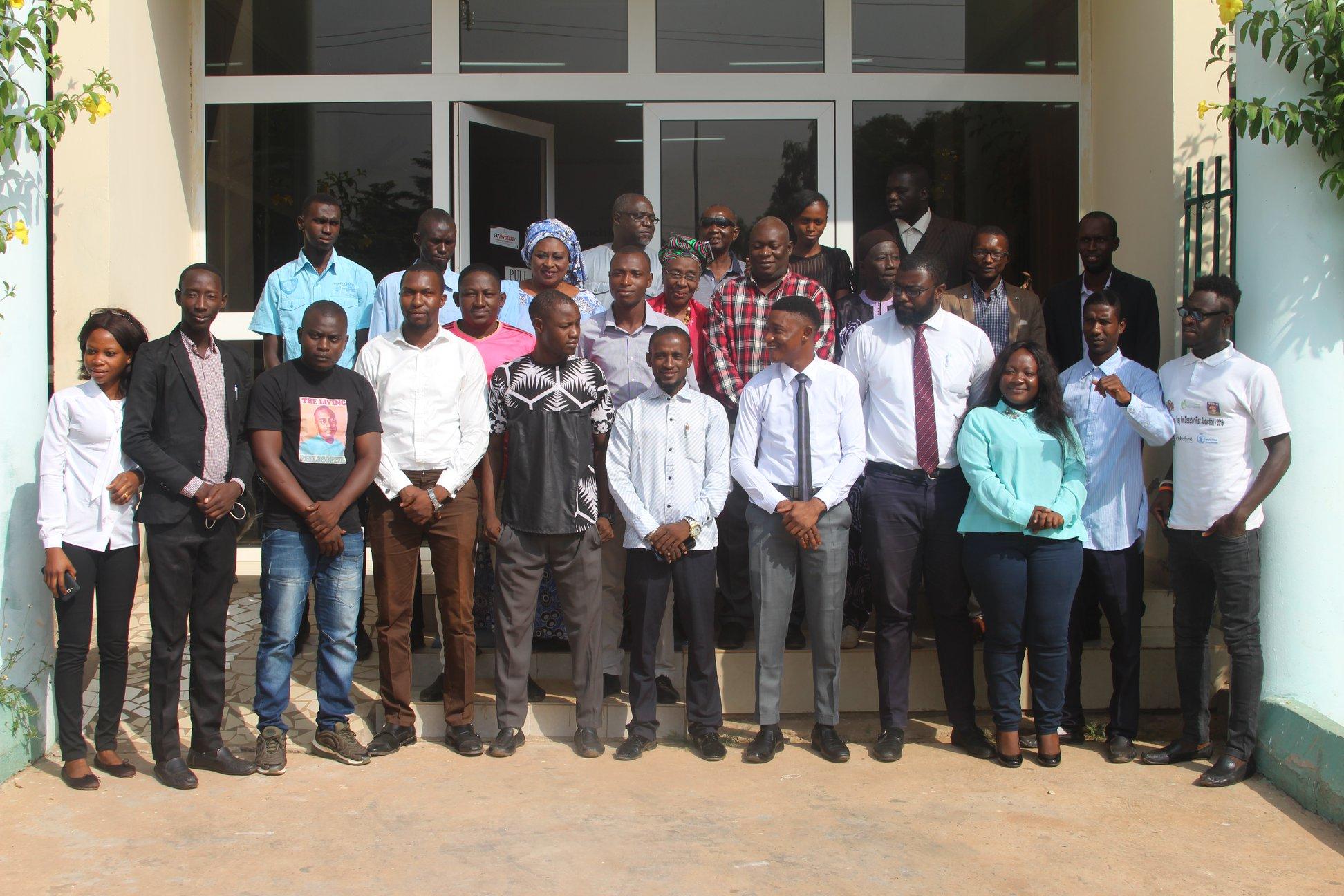 Draft Constitution to be handed to Executive

Chairperson Jallow “Once the draft is finalized obviously as required under the law it is our responsibility to present it to the President and following the presentation the law allows us to also publish it so that everybody knows what is involved. Throughout this process we have been blessed in so many ways but particularly we have been blessed in the sense that we haven’t had a single individual or authority interfering with our work. So, I think from that standpoint we feel very grateful and we are thankful to everybody.”

“And I must make the point also that the government has been extremely helpful to us during this entire process. They have provided all the necessary support, the honourable Attorney General and Minister of Justice under whom this project falls has been extremely supportive and hasn’t for a single moment even picked up the phone to call me to tell me or even to ask me what are you doing? What have you done? Things like that, he has never done anything like that. Its all been a case of support from day one and that is a process that continues and something we hope will continue right to the end of our assignment.”

“But we felt it necessary as a commission that where we have consulted with the Gambian people that they should see the draft to comment on it before we finalise it to hand it to the President because that’s only fair. Our process has been transparent from day one. And we feel that’s the way it should continue right to the end. I’ve said this in other fora before constitution drafting is not a secret. It’s not supposed to be a secret exercise because if that were the case, we wouldn’t be consulting people. It is supposed to be a participatory process, it is supposed to an inclusive process.”