Recounting the funds mobilised for the Health Ministry, Finance Minister Njie said that “out of the 512 [million], the last time I gave a preliminary report on the impact of Covid and I said they requested for 12 [million]at that time we gave them 4 [million]and later we gave them 8 [million]. In addition to that 12 now we also provided the 500 [million].”

Gainako readers will recall that the Ministry of Health revealed that they needed $2.5 Million US Dollars [125 Million Dalasis] to implement an emergency short term 3-month program to confront the disease. In just over a month the Finance Minister has announced that 143 Million Dalasis has already been spent to combat Covid 19.

During the deliberations, the Finance Minister explained that the 500 Million Dalasis was raised after cutting from 24 budget entries. According to him “up until today, we have not hit the ceiling that Parliament Appropriated for expenditure this is why we have to make sure that we do the virement.”

In the first round of questions Hon. Sidia Jatta questioned the Finance Minister on “where and how much this sum vied from the main budget?” In response, Minister Njie said that “from that 500 [million], 143 million has been released to the Ministry based on their request. 100 million is purposely to supplement the North Bank due to procure ambulances and medical equipment. In the process of the procurement, they realised there is a deficit of 100 million Dalasis.”

“On top of the grants that they have given us the 100 million that’s equivalent to 2 million dollars that was released for them to be able to complete the purchase of the items based on the list that the Ministry of Health gave them. The other 43 million all are local expenses, hotel accommodation, feeding of the quarantined people. It’s all itemised.”

Majority Leader, Hon. Kebba K. Barrow questioned the Minister about purported condoms expenditure which has gone viral on social media. In response, the Minister rebuffed those claims as false and not included in the expenses. This prompted other National Assembly Members (NAMs) to request for a detailed breakdown to put the issue to bed.

Hon. Sidia Jatta also requested for the Finance Minister to document the virements made and share it with Parliament. In response, Minister Njie said that “we will provide the virement by tomorrow latest early morning from which budget line items to the other. The Accountant General has promised to make that available. The only funds that have been released from our end is 143 million Dalasis.” 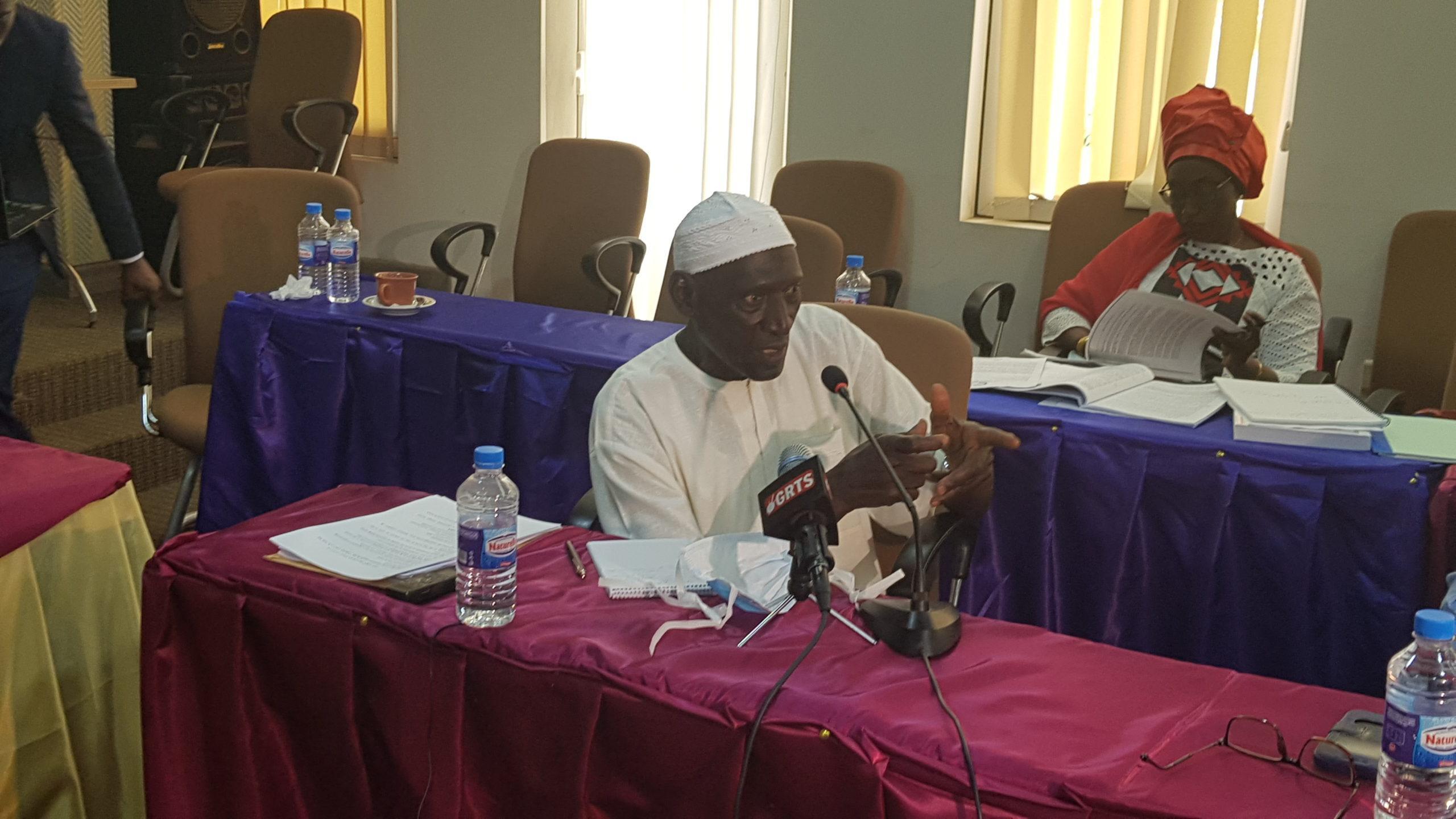 Hon. Sidia Jatta “where has the 500 Million come from?”

Supplementary tied to Compensation for Citizens

One Parliamentarian questioned how quickly the Finance Minister could provide support. According to the NAM “if the Minister has 1 billion Dalasis available in your account, are you planning a package in terms of helping people who are already affected by this and how soon are you going to come out to intervene?”

“Yes, there are plans to assist the people and am sure you will hear from the chief executive very soon and we are working hard on it.” Finance Minister, Hon. Mambury Njie

Some NAMs objected to the Finance Minister’s request for a Supplementary Appropriation Bill, however, the Minister was adamant that there is a need for an SAP. He explained that “I think it’s something that we need to respond to which maybe is an emergency. A revised budget might take some time and we want to avoid cutting operations of any Ministry or department, that’s why we cut on travels and other items like training that we know will reduce because of the coronavirus.”

In his closing remarks, the Finance Minister was adamant that “what I am here today to ask is for a Supplementary Appropriation in order to be able to respond to the needs of the vulnerable.”

One NAM asked a simple question, “is the 1 Billion Credit facility a loan or a grant?” In response, the Finance Minister explained that “we are cutting our clothes according to our size. It’s zero interest and you pay it in five years. So, it is not a grant. It is a loan facility. Very soft.”

According to Minister Njie, “the revised budget can come later maybe around June that we can revisit. Because right now up to the end of March the revenue performance interestingly is very good, they’ve collected almost 1.2 Billion Dalasis. This is why when I said am coming for the Supplementary Appropriation we cannot do otherwise.”

However, after the meeting, some NAMs described an alternative to a Supplementary Appropriation. Since only 143 Million has been spent from 500 Million, 357 Million is yet to be spent on the fight against Covid 19. Parliamentarians opined that the Minister can use the 357 Million currently available. In addition to that, the Private Sector has also raised additional funds which could also be used.

Regardless, Parliamentarians where of the view that the 1 Billion Dalasis sent by IMF must also be subjected to National Assembly scrutiny as it’s a loan and all loans must be ratified by the National Assembly according to Provision 155 (3) of the 1997 Constitution which states that…

“No loan shall be raised by the Government on behalf of itself or any other person or authority otherwise than by or under the authority of an Act of the National Assembly.” 1997 Constitution, provision 155 (3) 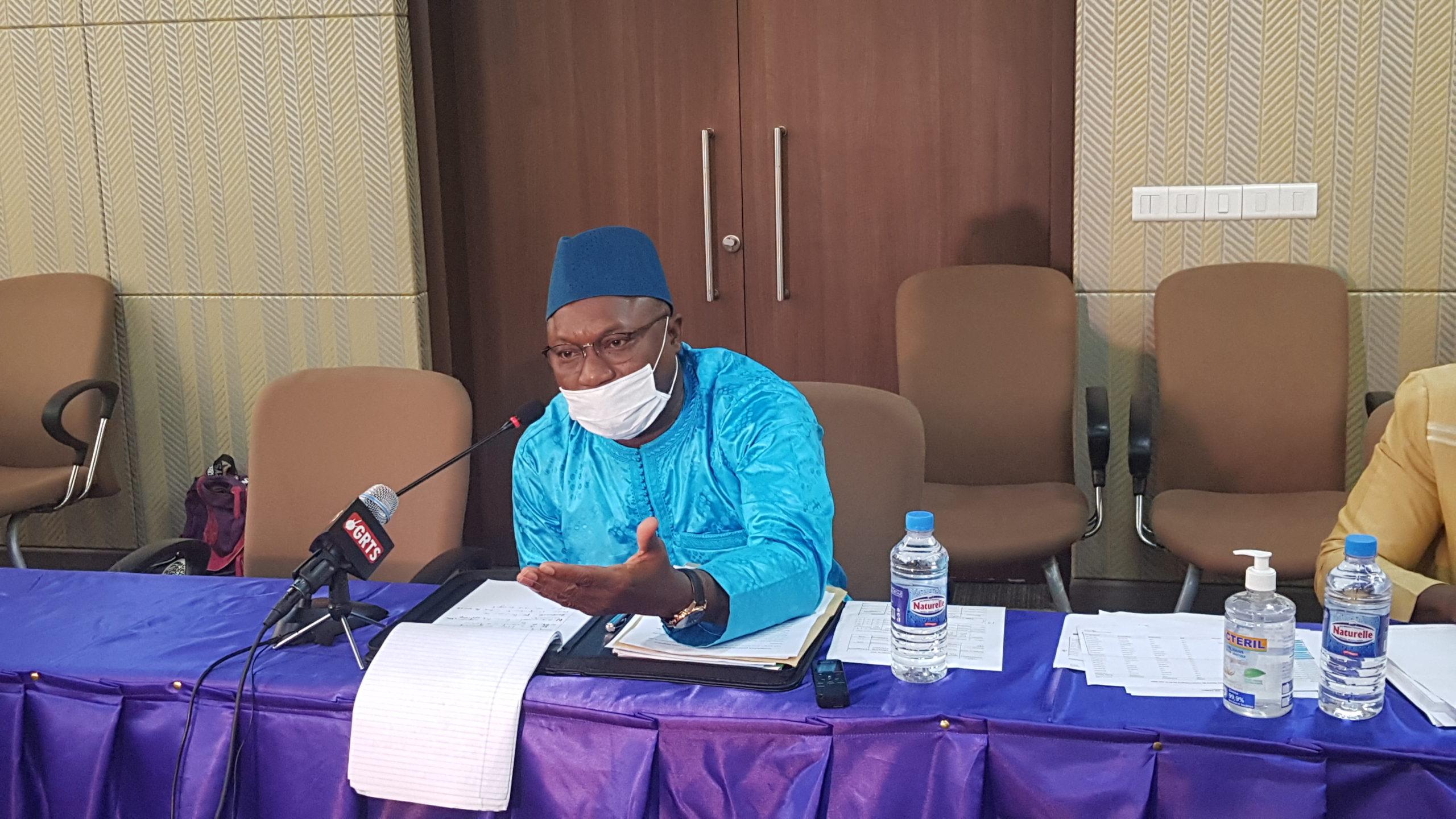