Citizens’ Alliance (CA) Presidential Aspirant Dr Ismaila Ceesay declared his assets worth almost D18 million to the public and challenged his political rivals to do the same. In an exclusive interview and voluntary asset declaration to Gainako on November 4th 2021, the University Lecturer enthused that public office is not a cow to be milked. 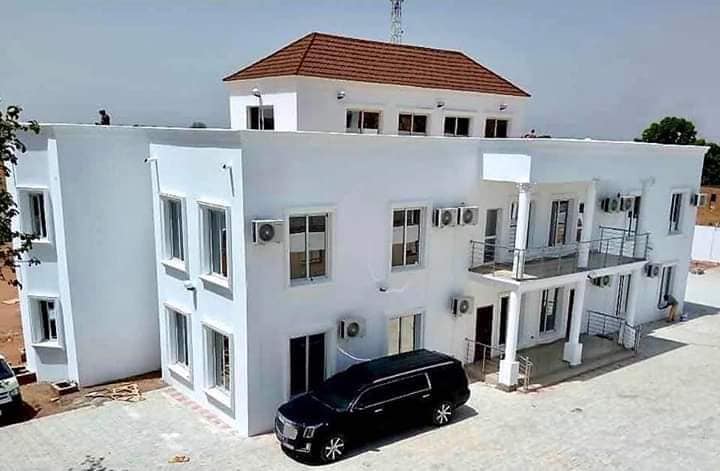 Speaking about the 57 vehicles which President Barrow provided to National Assembly members and the brown envelopes scandal Dr Ceesay promises that “one of the things that CA will do within our first couple of months in office is to do serious legislation around gifts to Public Officials”.

The issue of Asset Declaration has been on everyone’s lips since the start of the Nomination Process for the December 4th 2021 Presidential Elections. The leader of the United Democratic Party, Hon Ousainou Darboe cranked up the ante this week when he promised to declare his assets publicly and challenged his Political Rivals to do likewise, especially current President Adama Barrow of the National People’s Party.

The affidavit signed by a Commissioner of Oath on 1st November 2021 indicates that the total value of Dr Ceesay’s household effects comes to a grand total of D720,000 which includes 4 TVs, 3 refrigerators, 8 Air Conditioners, 2 Apple I Pads and 3 Laptops. Dr Ceesay also has one Toyota Highlander vehicle which he purchased in 2021 valued at D700,000.

Public Office is Not a Cow to Be Milked

When asked his motivation for declaring his assets Dr Ceesay said “one of the reasons why I joined Politics is to fight corruption. The reason why we’re still underdeveloped, the reason why we still can’t provide the most basic necessities for our people is because of corruption where people see a high premium in Public Office. Thinking that public Office is a cow to be milked”.

In Dr Ceesay’s attempt to build public confidence in his Party he “wants to change that narrative and to show the world that Public Office is service to the people. It’s not to enrich yourself.” This in his view is required to demonstrate seriousness “about fighting corruption and sleaze” and that Party Leaders “have to lead by example and show the entire Gambian people that before you entrust me with your money this is how much money I have.”

The process doesn’t end there in his view to close the loop “after the Presidency I’ll also come and say well the past five years this is what I’ve had and if what I’ve gained did not really align with what I’ve had before and there’s a huge difference with I’ve been able to acquire financially then there should be suspicious that I’ve been using your funds for private gain”.

In his view scrutiny in all levels of Government is needed and not the President alone if the Gambia is to fight corruption. He opines that an Anti-Corruption Commission could be in charge of conducting such asset declaration assessments. “But any job that has to do with you being entrusted with public finances in one way or the other you should be able to declare your assets before you are able to be given that job so that when you retire or when you finish that job, we should be able to know whether you really handled our finances correctly or not.”

In his last words to his Political opponents, the Political Science Lecturer advised that “if you want to run for Office that means you will be entrusted with Public Finances so therefore it’s important the public know your state of Finances. So I urge all other aspiring candidates to do the same thing to tell the public their state of Finances so the public knows how much you are worth before you come into office so that we are able to assess how much you should be worth after leaving office.”