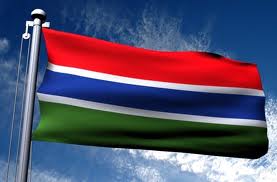 That’s an answer to the subject of your recent posting -­‐ Are You Ready?. Thanks for challenging the nation. You mentioned and I quote “Well Jammeh will not just disappear by hoping that he does” -­‐ I wrote long ago “HOPE IS NOT A PLAN”. Not claiming ownership but simply in agreement. I’ve also stated many times that this problem will neither be eventually solved in cities in Europe or America nor by outsourcing to none Gambians or few Gambians. We have to be that solution.

I will leave out at least for now our differences on how to fix our problem(s). Our immediate challenge is how do we get an unassuming national discourse underway. I would like to throw back this challenge at you to give it a try. That is call the nation to begin this important debate with a view to crafting a national agenda. For simplicity and cost consciousness use phone (Viber, Tango, etc), Skype, video conferencing, etc. as a start. Its choice you may or may not develop a preliminary broad based concept frame to focus the debate. Equally you may leave it open to allow people to vent out what’s inside at the start. I think both would work with good moderation.

It must be hurting to be personally attacked, whether what was said are true of false. However it comes with the territory. As a public figure civilly defend yourself. Normally the burden of proof is high for public figures (assuming a normal democracy) but you can also defend yourself at court – you know that better than I do. As you rightly mentioned elsewhere in your article we shouldn’t legislate/regulate against Free Speech, Expression and/or Association. The best we can do is create an informed and engaged populace and hope that at least many will civilly confine discourse to public interest. It maybe fair to say once in a while there will be stray folks that will somewhat cross lines (for lack of better word) of decency. My advice is to vigorously defend yourself in the public sphere and move on. In fact I have read/heard many commendations about you for how you handle the situation and I know some of those people do not necessarily support your politics.

Belaboring beyond necessary may eventually fuel suspicions that should you be in power you might not stop at defending yourself but also criminalizing it. Often in Africa, including Gambia is very easy to say we are for Free Speech but so far every government has frowned upon Free Speech, Expression and Association and as well legislate against it.

Partner in a fight for ‘A Functional Democratic Republic of The Gambia’!