The Gambia’s National Human Rights Commission, NHRC, have published the conclusion and recommendations of their investigation on the alleged torture of Ebrima Sanneh by Anti Crime Unit Commissioner, Gorgi Mboob which occurred on 25th July 2020. The investigation concluded that “Ebrima was assaulted by Commissioner Gorgi Mboob on his private parts” and that “Ebrima Sanneh and his colleagues were also subjected to forced labour while in detention.”

The presser which recommends that the Inspector General of Police (IGP) should “take disciplinary measures against Commissioner Gorgi Mboob, and to consider his redeployment from the Anti-Crime Unit” claims “to receive positive feedback from the IGP in a letter dated 28th September of his intention to implement the recommendations”. Below is the press release from the NHRC.

Joint Findings and Recommendations into the Alleged Human Rights Violations against Ebrima Sanneh.

The joint investigative panel into the alleged human rights violations against Ebrima Sanneh is pleased to share its findings and recommendations with the general public. On the 25th of July 2020 disturbing news emerged that a young man, later identified as one Ebrima Sanneh, had been allegedly assaulted with a hoe on his private parts by Commissioner Gorgi Mboob, head of the Anti-Crime Unit in Bijilo. Ebrima and others were arrested and detained for being in a night club where fighting was allegedly reported to have occurred and for possibly violating COVID-19 emergency regulations.

The panel, which was chaired by the NHRC and comprised of representatives of the Gambia Police Force, the Ministry of Interior, the Association of Non-Governmental Organisations (TANGO) and The Gambia Bar Association received testimonies from seventeen (17) witnesses including Ebrima Sanneh and Commissioner Gorgi Mboob. The panel also obtained medical evidence from the Kanifing General Hospital and interviewed the Medical Doctor that treated Ebrima. The premises of the Anti-Crime Unit in Bijilo was visited to assess the scene of the alleged assault and a detailed report has been shared and well received by the Inspector General of Police (IGP) and relevant State authorities.

The panel found that the arrest of Ebrima Sanneh and his colleagues was unwarranted as there was no fighting at the night club as alleged by the Police and the Police did not state that the arrest of Ebrima and colleagues was due to breaches of the emergency regulations. Ebrima Sanneh and his colleagues were also subjected to forced labour while in detention and Ebrima was assaulted by Commissioner Gorgi Mboob on his private parts. The medical report showed that unlike rumours of a Sexually Transmitted Infection, Ebrima suffered from trauma on his genitals as a result of the assault. The report, however, concluded that there was no lasting internal damage. On this basis, the panel made general and specific recommendations on police conduct, assault, forced labour and procedures surrounding arrests.

Key recommendations made by the panel include:

• The Police to pay monetary compensation to Ebrima Sanneh for the wrongfully inflicted pain and suffering.

• The Inspector General of Police to take disciplinary measures against Commissioner Gorgi Mboob, and to consider his redeployment from the Anti-Crime Unit.

• The Inspector General of Police to always ensure that police officers follow due process in the arrest and detention of suspects at all times. Law enforcement officers have the obligation to fully respect the rights and liberties of suspects no matter the gravity of their alleged crimes.

• The Inspector General of Police to provide all police officers, as soon as is practicable, pocket notebooks for record-keeping as well as registers to record the detention and release of all persons under their custody.

• The Inspector General of Police to ensure that no detainee under the custody of the Police anywhere is subject to forced labour of any kind. The Police should hire the services of people to perform cleaning, clearing and other menial work.

• In collaboration with the Police, NHRC should support in the design and implementation of relevant training on human rights-based approaches to policing and human rights in general, especially for officers of the Anti-Crime Unit. This should be preceded by a training needs assessment to effectively inform capacity building programmes.

General recommendations of the panel focused on conducive working environment for police officers, including the availability of equipment and technology for effective service, standardized cells and detention centres with good ventilation, better hygienic and toilet facilities and separation of women and juveniles. Officers’ training on the use of force must also be reinforced to ensure that the rights of all persons are respected under law regardless of their alleged crime.

“I am pleased to receive positive feedback from the IGP in a letter dated 28th September of his intention to implement the recommendations of the joint panel made after a comprehensive investigation into the allegations of assault against Commissioner Gorgi Mboob”, said Emmanuel Joof, Chairperson of the NHRC.

NHRC and members of the panel strongly believe that The Gambia Police Force and other law enforcement agencies will uphold the rule of law and human rights standards for the benefit of all Gambians and residents in The Gambia. 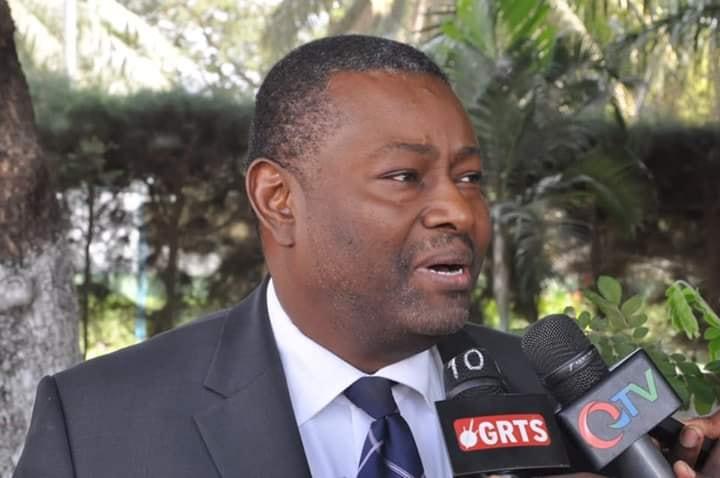 The Ebrima Sanneh torture allegations were first published by Gainako’s Flex Dan on Saturday 25th July 2020. Below is the link to the first story which broke the news.

Gorgi Mboob accused of attacking Ebrima Sanneh in his genitals

The next day Gainako’s Flex Dan visited the Anti Crime Unit Headquarters in Bijilo where he met the ACU Commissioner Gorgi Mboob. Below is his report shortly after the interview.

Face to Face with Gorgi Mboob – Did he Torture Ebrima Sanneh in his Genitals?