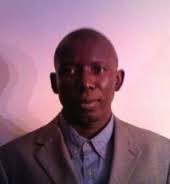 Gainako has confirmed reports that there is a big split among the Kibaroo Radio and Website family leading to its Managing Editor and CNN’s Award winning Journalist Musa Saidykhan resigning along with Suntou Touray; investigative Journalist Yahya Dampha and Momodou Lamin Sillah former cofounder of the defunct Gambia Journal.  Editor Saidykhan and his new team have since created a new website and online radio called Kairo News  which is already up and running.

In reaching out to Journalist Saidykhan about the apparent split Musa confirmed the story but added they were working on a press release to inform the public of their new site. Quizzed on what may have happened as this is big news to the readership, Musa insisted that there was “a change of vision at Kibaroo and when things change people move on to pursue their own vision” Suntou Touray who has come up age in the media business and has anchored very interesting cultural programs on Kibaroo also confirmed the story and added that they wanted to tale their vision of media programming to a new level and that there was no time and space available at Kibaroo to accommodate those programs. Both Musa and Suntou insisted that there is no bad blood or lack of trust within the team.

In our efforts to reach out to both sides, Gainako contacted the founder and Managing Director of Kibaaro News Bamba Serign Mass, who also confirmed the split and said he was disappointed that Musa and his team has decided to depart without proper notice and willingness to compromise.  He said in an earlier meeting the team had in late January there was a discussion about reforming Kibaaro’s agenda and structures. At that meeting the issue of ownership was raised and it was affirmed that the paper was registered in Yankuba Darboe’s name.  Mr. Mass added Kibaaro has always been one family and no one ever claimed ownership of it.  Mr. Mass said he has lot of confidence in Musa Saidykhan’s professionalism and has never doubted his decisions to steer the affairs of the paper.

Whatever may have happened is very unfortunate but one thing is very clear Kibaaro has won the support of many listeners due to the diverse contributions and efforts from all involved.  While many people were baffled and disappointed by the recent distractions with the back and forth negative engagement with  Freedom News Paper Editor Pa Nderi Mbye on political issues, people urged both sides to remain focus on the real issues to fight against the Jammeh regime’s oppression of the Gambian people.

Kibaaro News has no doubt contributed immensely towards enlightening the Gambian people and bringing daily issues and atrocities by the Jammeh regime to light. It is hope that regardless of their differences all involved would find a common ground and decide to move on without much public distraction from the real fight against impunity in the Gambia. Readers as well as listeners of online radios deserve the best possible service without interruption. There is no doubt that if both teams decide to go their separate ways it can only add to the diversity and options of alternative voices available to the Gambian people who are hungry for more information. It is ok and not new for a large group working together to split either due to logistics or personality conflicts. The struggle against oppression cannot be more urgent at this juncture in the history of the Gambia.