Gainako has received a list of Diplomatic Passports issued to Gambians during the Jammeh regime. Two hundred and Seventy-0ne (271) Diplomatic Passports were issued to Gambians of various positions and caliber during the Jammeh regime. Below Gainako publishes the list of Names and Passport numbers of all who were issued Gambian Diplomatic passports… According a diplomatic Cable issue by the Barrow government intercepted by Gainako reporters, the Diplomatic passports have been cancelled with immediate effect. Authorities around the world have been notified to reject any of these passports presented by anybody Gambian or otherwise…

THE NAMES WILL BE SHOCKING FOR YOU TO READ!! 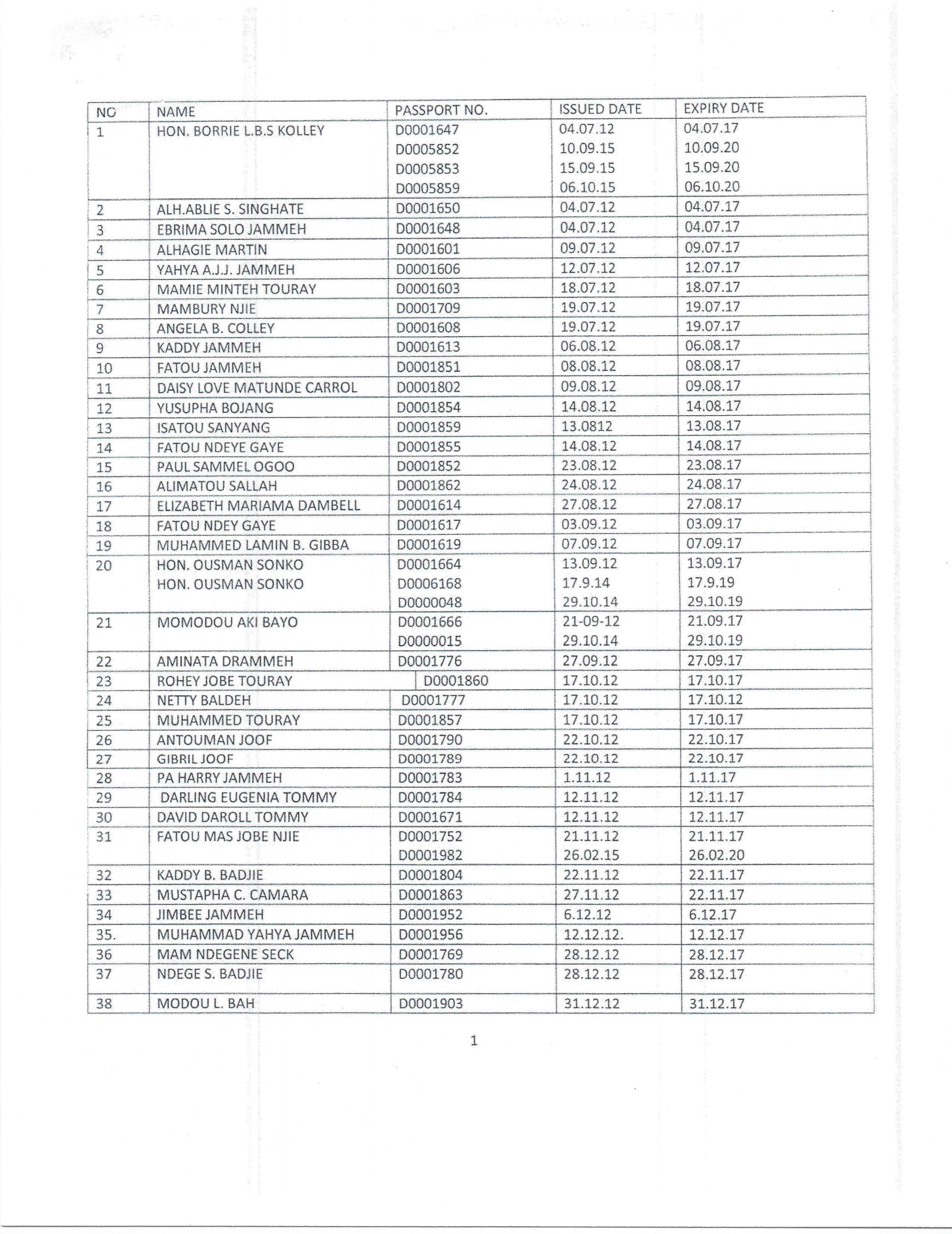 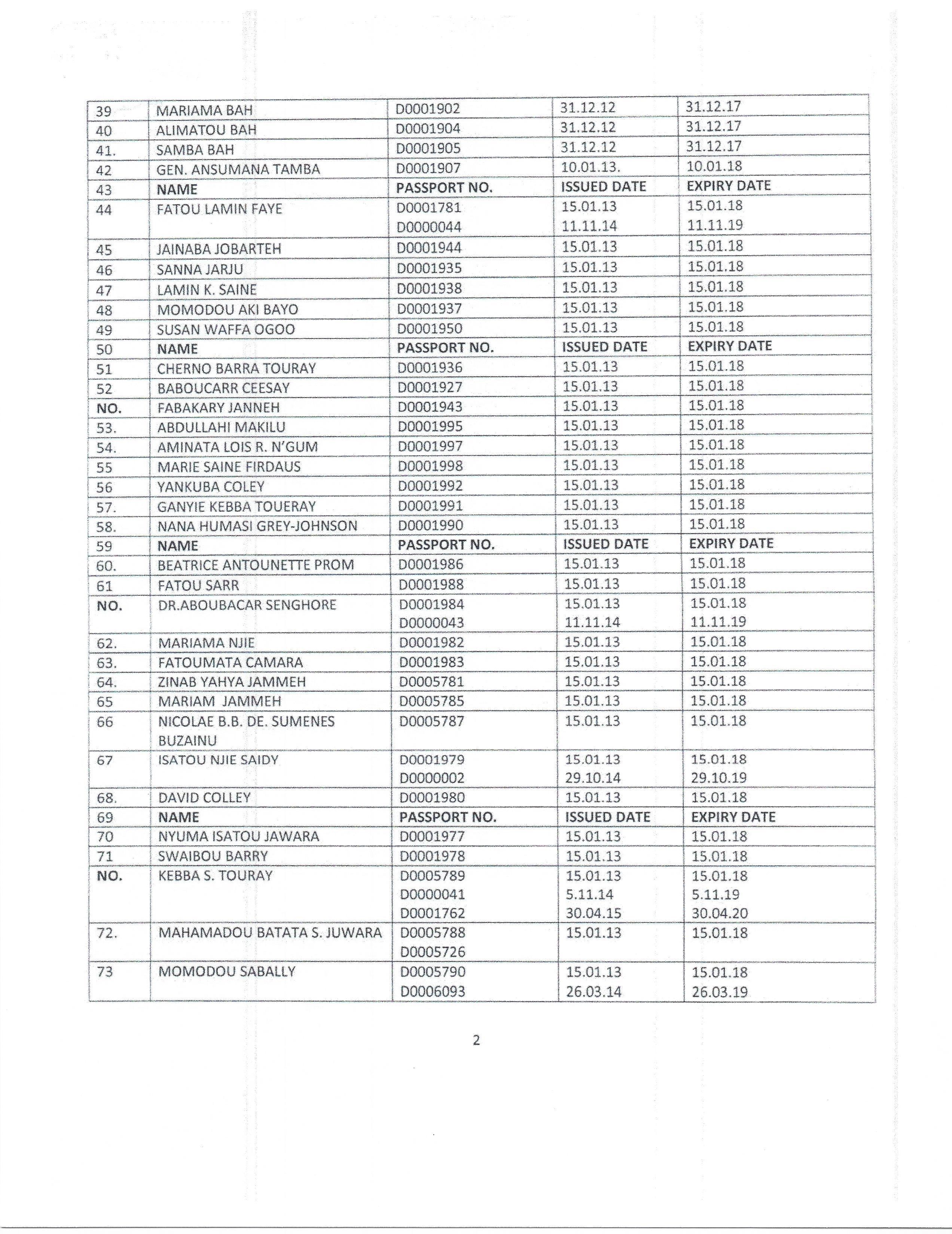 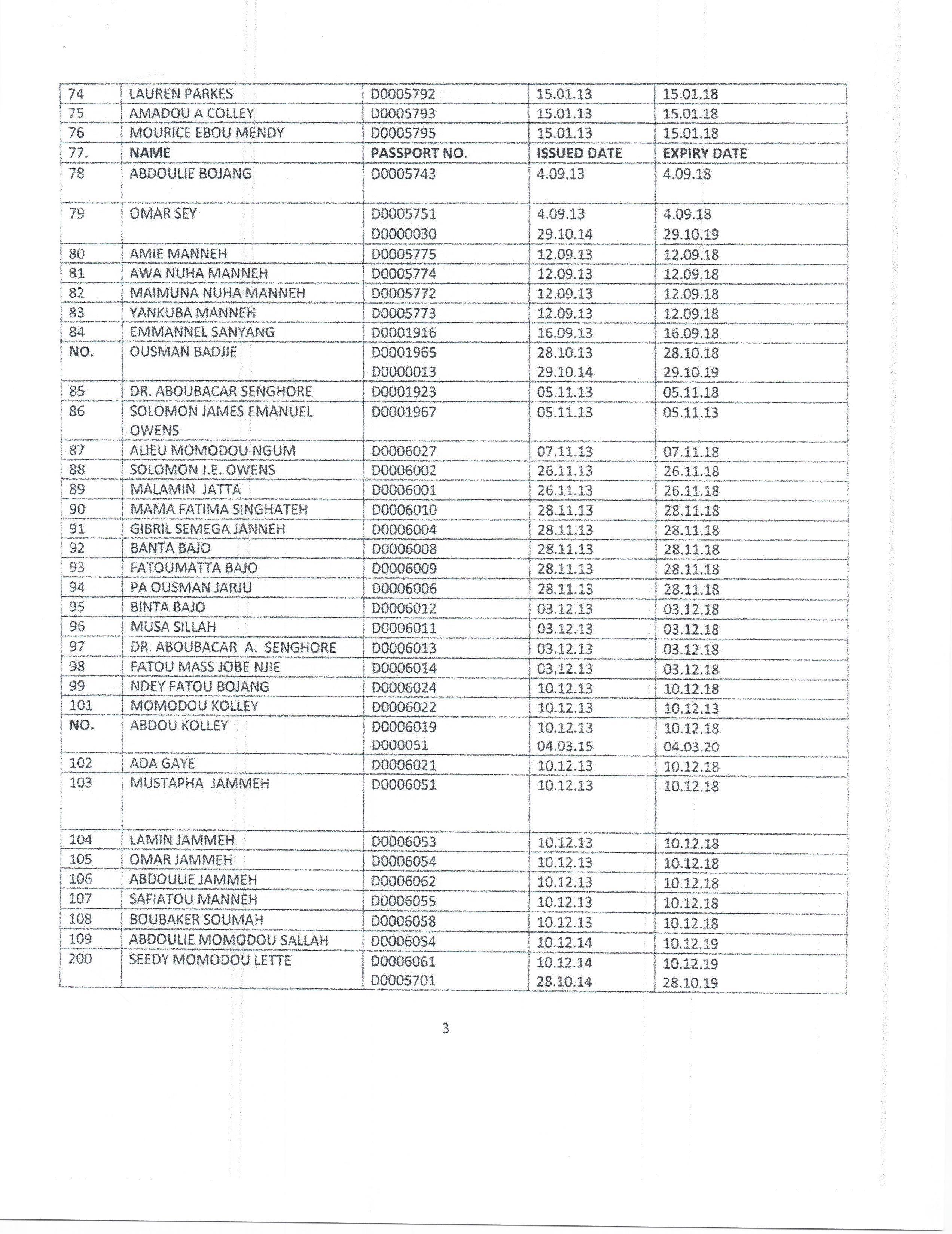 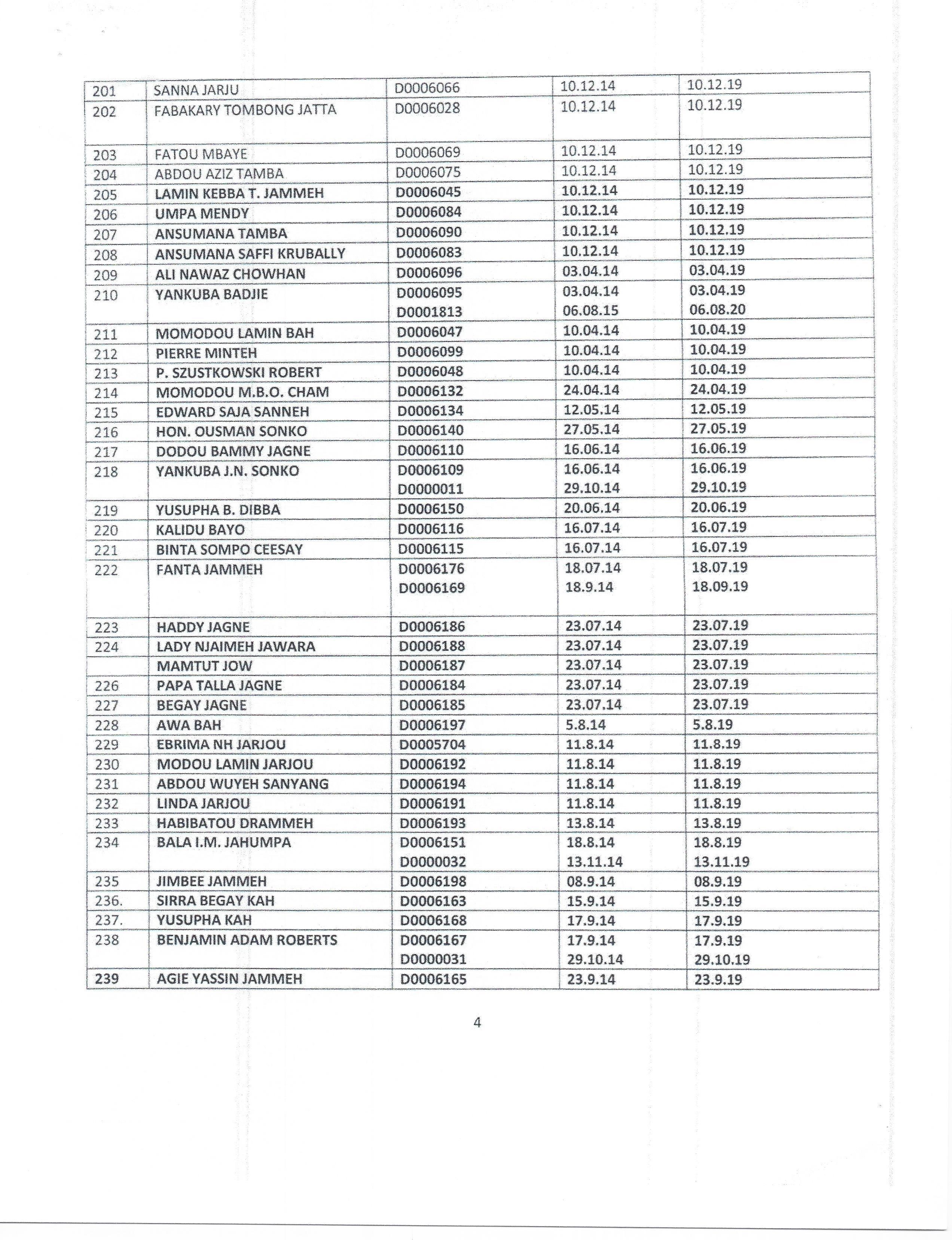 For comments or rejoinder to this publication please contact the editor @ gainakoradio@gmail.com