You are at:Home»News»Belgian Ship, Godetia Docks into Banjul for Three Days

On 27th October 2019, a Belgian Ship named Godetia docked into The Gambia’s Port harbour in Banjul and welcomed the City’s Deputy Mayor, Banjul City Council staff, Officers of the Gambian Navy, Belgian Diplomats and members of the media on board their ship. The purpose of the trip is to strengthen ties between the cities of Banjul (The Gambia) and Ostend (Belgium).

Speaking to the press in a meeting room inside the ship, the coordinator for the Banjul-Osten City Link, Ousman Jobe, describes the “cordial relationship” between the two cities which is based on mutual understanding, respect and reciprocity”. According to Mr Jobe “the city of Ostend has brought in some materials to be used but there are individuals and some organisations based in Ostend who are also interested in the upliftment of our people here, especially in Banjul”. 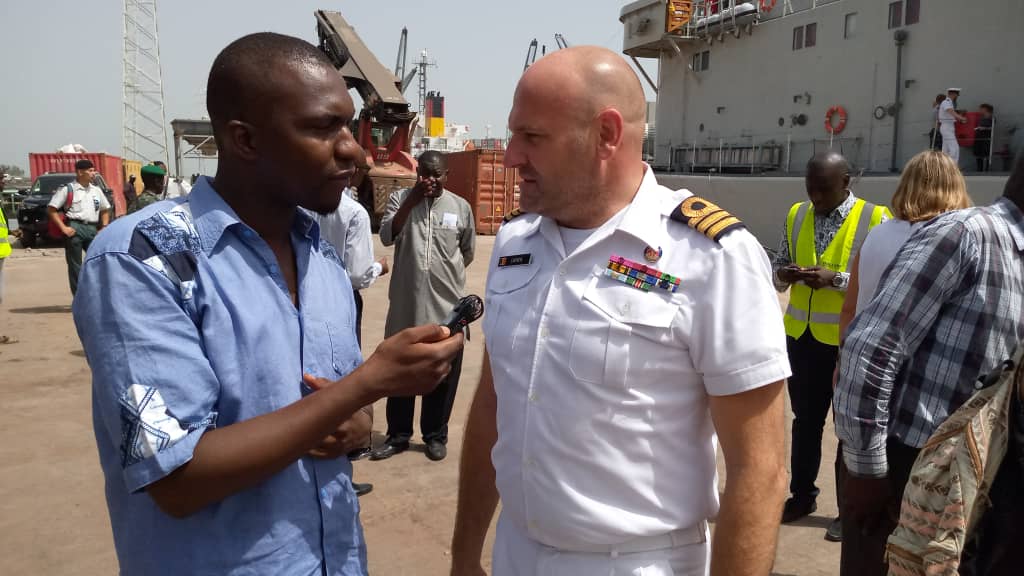 During the press conference, Captain Gert Laenen explained that “we arrived this morning at 10 O’Clock and will stay for three days and will leave on Wednesday morning. On Wednesday morning we start an exercise named African Nemo and it will last for six days we will be at sea for the training of different coast guards.”

Similarly a press release on their trip to Banjul highlights that the Godetia Crew will be conducting an “international exercise “Grand African NEMO 19”, which is embedded within the broader African Partnership Station program.” The training will be conducted with crew members from Guinee, Liberia and Ivory Coast.

Speaking on the working relationship between the Belgian and Gambian Navy’s, Captain Laenen highlights that “the most important reason we are here is of course for the link with the City of Ostend but for the moment there is not yet a cooperation between the Gambian Navy in the field of Maritime Security. I hope really, it’s my personal point of view that in the future we can work together in that field as well. Ostend has a link since 2003 with Banjul.” This highlights that the Gambian Navy will not be part of this training exercise. 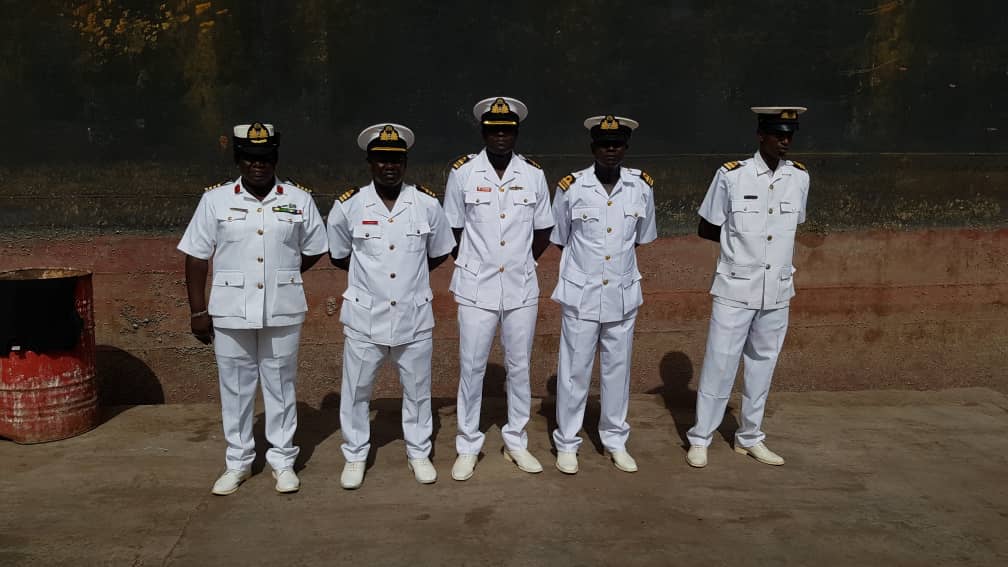 According to Captain Laenen their mission focuses on monitoring the illegal trafficking of drugs and are collaborating with multiple partners across the world including Lisbon and a number of African countries. The reason for this is their conviction that “by increasing the local security in different parts of the world, we’ll also increase European Security.”

“Protect is also one of the pillars of this mission and the first mission we’ve done and are still doing is the cooperation with [a narcotics analysis center]in Lisbon. We try to detect, to monitor and to report suspicious vessels who are supposed to be engaged in trafficking of illegal drugs, narcotics, coming from South America to Africa.” 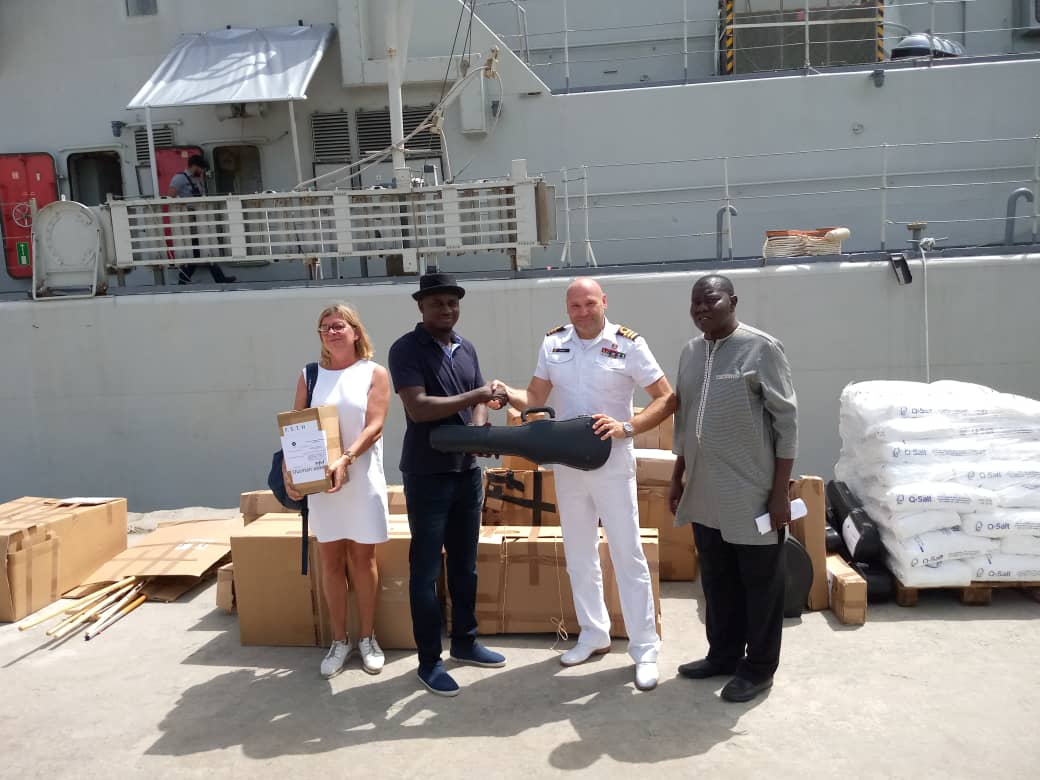 Handing over of donations

According to the Godetia press release “the A960 GODETIA carries 5 meters squared of material aid to support local initiatives in the Gambia.” Detailing the type of goods on board the Ship the presser highlights that the donations includes “salt tablets, musical instruments, glasses and agricultural products” which are intended “to strengthen the friendly ties between the two cities”.

Responding to questions from media on the intended beneficiaries of the donations, link Coordinator, Ousman Jobe explains that “there are optic materials like glasses which are meant for the Edward Francis Small Teaching Hospital at their eye unit. This is thanks to Miel De Bruyker through her organisation called rainbow education. She has been doing this for the eye clinic including some renovation works at the Edward Francis Small Teaching Hospital.

This time also she has brought in glasses. For the workshop, she wanted to upgrade the workshop and that is why she is here to make sure that things are done and that the refurbish the eye clinic here. That is why we have some medical items but it’s mainly for optical purposes”.