This is a press release from three organisations from the Gambia, Italy and Bologna on the incident of a shipwreck which claimed the lives of numerous Gambians and a good number were also taken and detained by members of the Libyan Coast Guards. The statement calls on the Gambia Government, the European Union, UN and Social Justice Movements including the National Human Rights Commission to act towards the safety of Gambian Migrants and others detained in hellish detention centres in Libya.

Below is the press release.

To: The International Organisation for Migration (UN)

Just two days into the new year another shipwreck off the coast of Libya in the Mediterranean Sea claims the lives of more migrants. According to reports by the International Organisation for Migration, some 48 Gambian Migrants were taken after the boat sunk and returned to Tripoli, however, many have also been reported missing.

According to a letter written by the Gambian Association in Tripoli addressed to the Ministry of Foreign Affairs (MoFA) one of the missing persons is Mr Abubacarr Leigh who allegedly died after Libyan Coast Guards took him and some other migrants between “the period of 4:00 to 9:12 am at Tripoli seaport before referring them to detention center”.

The letter also notes that Mr Leigh’s body was taken to the hospital mortuary by an ambulance and the remaining migrants were taken to a detention center. It’s common knowledge according to numerous international reports migrants in Libyan detention centres suffer from unimaginable horrors.

Given that this is a humanitarian crisis of international significance we call on the relevant authorities, civil society organisations and social justice movements to show the urgency required to stem the continued loss of lives at the Mediterranean Seas and the imminent danger facing survivors.

Given that the United Nations (UN) is already involved and aware of the situation via the International Organisation for Migration, the undersigned organisations remind the UN that the migration crisis is one of global justice. People must have the freedom to migrate in a safe way but for many coming from destinations like the Gambia that is almost impossible.

The undersigned organisations from the Gambia, Italy and Libya call on; 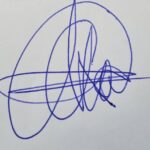